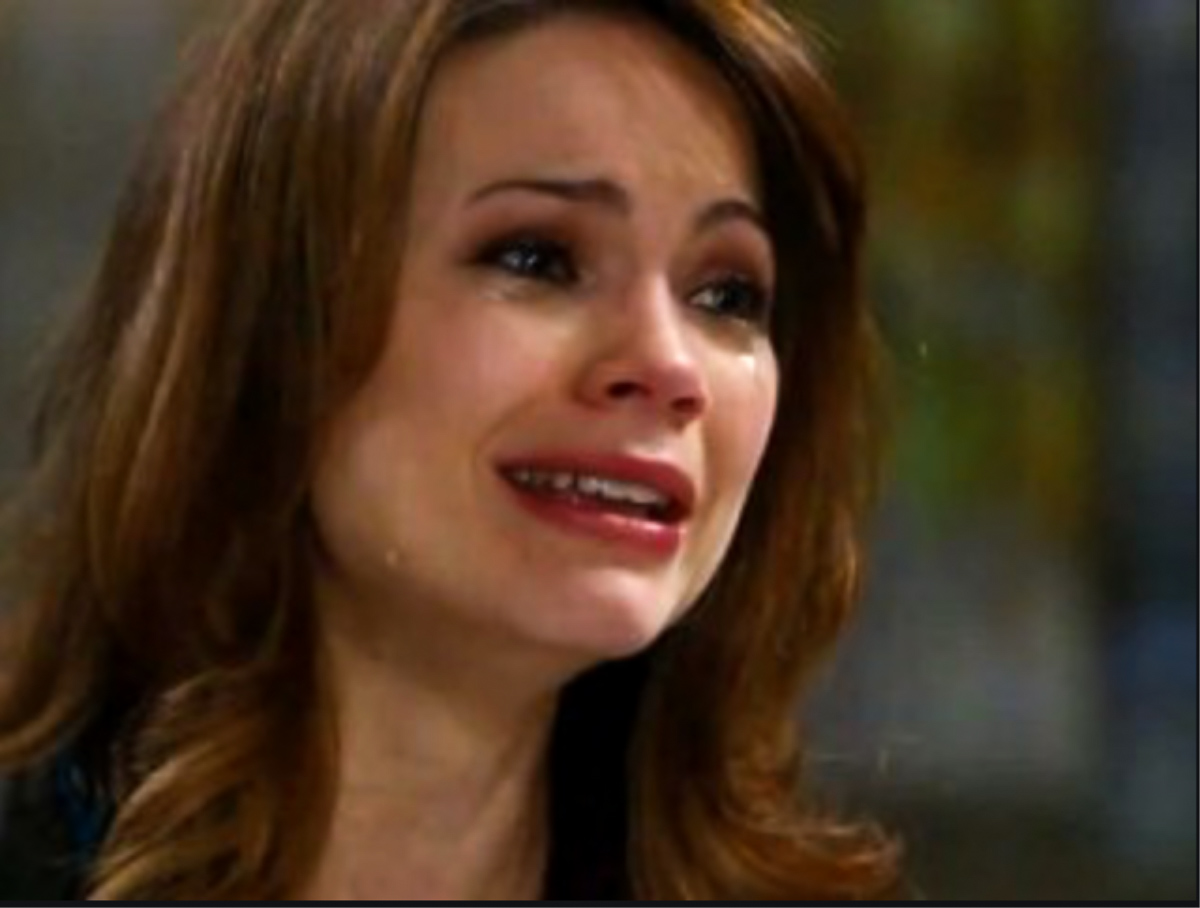 General Hospital viewers will recall that ever since Franco Baldwin was the recipient of Drew Cain’s (Billy Miller) memories prior to 2012, after taking his stepson Cameron Webber’s (William Lipton) place, he has believed he was pre-2012 Chief Andrew Cain (Steve Burton) and has all his memories and his personality. He also has Drew’s pre-2012 feelings and attractions for Kim Nero, the mother of their son Oscar Nero, who chose to go by Oscar Nero Quartermaine shortly before passing away from an inoperable brain tumor on May 1, 2019.

He has been actively pursuing Kim ever since, although she has so far been trying to discourage him from doing so. However, once she was told – by “Frankendrew” – that Drew was missing and presumed dead, it became a whole new ball game for her! Now, Drew’s memories in “Frankendrew” are all she has left of Oscar’s father and she is completely bereft!

Kim will be spending more and more time with Franco, as she grieves Drew, but yet hangs onto Drew through hanging on to “Frankendrew!” Not only will Franco pursue her, but she might pursue him, even though in her mind it is only to take comfort in Drew’s memories and personality through Franco. He is the next best thing to the real Drew that she made Oscar with so many years ago in San Diego, and she finds him harder and harder to resist, and also finds it harder and harder to deny her feelings for Drew, which never really went away. Even though mentally she assents to the fact that Franco is not Drew, he is all of Drew that she has left and his feelings, actions, and memories are those of Drew.

Unfortunately, although Scott Baldwin (Kin Shriner) has been doing his best to try to keep Franco in town, he has not been able to prevent Franco’s ankle monitor from being removed, and that is all that he knows of that has been keeping him from leaving town. He and Elizabeth wanted to keep him in Port Charles until Andre Maddox (Anthony Montgomery) improved enough to try to restore Franco to himself.

But the day has arrived when Franco no longer has to wear the ankle monitor, and he is hanging out with Kim at her home when Detective Harrison Chase (Josh Swickard) finds him there after trying to find out where he is, and he drops in at Kim’s apartment and removes the ankle monitor. After that, “Frankendrew” happens to find a souvenir that is a token of their initial romance, and when he brings it to Kim’s attention and they start talking about it, one thing leads to another, and she finally gives in and they have sex. There is one problem, though – one BIG problem – Chase had told Liz where Franco is and she arrives and walks in on them in flagrante delicto, in other words, with their pants down!

This should provide some heavy drama for General Hospital viewers; stay tuned to the show and keep checking General Hospital spoilers frequently for all the latest news, updates and developments!