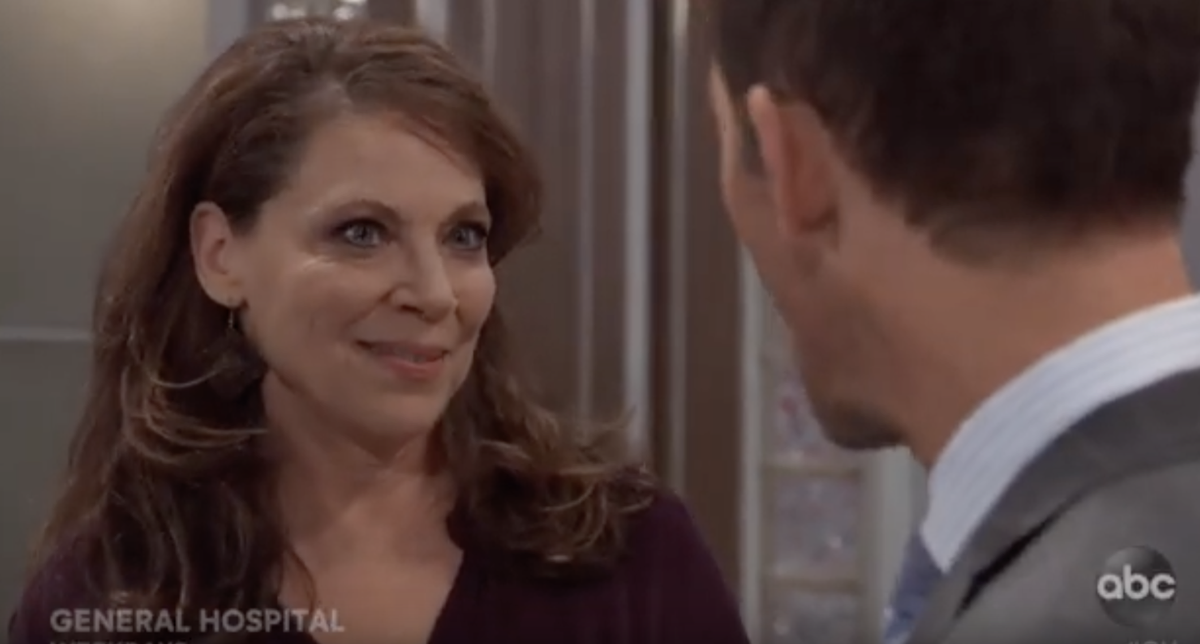 General Hospital (GH) spoilers for the week of Monday, September 16 through Friday, September 20 2019 reveal Julian Jerome (William deVry) steps up and makes a much needed decision, but will it be the one that Brad Cooper (Parry Shen) wanted?

GH sources tease that Dr. Liesl Obrecht (Kathleen Gati) has a request of her own for confidante, Brad. Liesl seems to have a full week as she also finds it quite amusing the situation Valentin Cassadine (James Patrick Stuart) finds himself in. Valentin, better watch his back because initially Cassandra Pierce (Jessica Tuck) will be holding a gun to Laura Webber’s (Genie Francis) head while they are on the Haunted Star. Suddenly the tides will change when someone points a gun at Cassandra and she pleads with her captive Laura, trying to convince her to join forces with her in taking down the Valentin, the last remaining Cassadine heir.

This appears to be the week for helping hands as Willow Tait (Katelyn MacMullen) observes that her boyfriend, Michael Corinthos (Chad Duell) is visibly shaken. PCPD Detective Harrison Chase (Josh Swickard) is determined to help Franco Baldwin (Roger Howarth) who has been left a mess since the brain mapping incident.

General Hospital spoilers show Shiloh (Coby Ryan McLaughlin) is still set to get himself freed from prison and after making a secret phone call, he decides to represent himself in court. Will the savage cult leader be able to talk his way out of all his misdeeds?

Weekly GH Spoilers – Franco and Kim End Up In Bed

In other GH spoilers, Nina Reeves (Cynthia Watros) is set to make things happen the way she needs them to. Alexis Davis (Nancy Lee Grahn) will be hired as someone’s attorney this coming week, but which side of the law will she be on this time? Lulu Falconeri Spencer (Emme Rylan) continues to be the supportive person as Peter August (Wes Ramsey) grows suspicious of things. Franco as Drew Cain (then-Billy Miller) will end up in bed with Dr. Kim Nero (Tamara Braun) and the two will finally give into their passion and have sex. How will everyone react to that news?

Be sure to tune into ABC’s General Hospital (GH) on Monday, September 16, 2019 to catch up on everything happening in Port Charles right now. Check Celebrating the Soaps often for updates, news, rumors and spoilers!