Days of Our Lives Spoilers: Rafe Eagerly Waits To Hear About Baby David: Can He Keep Caring For Him? 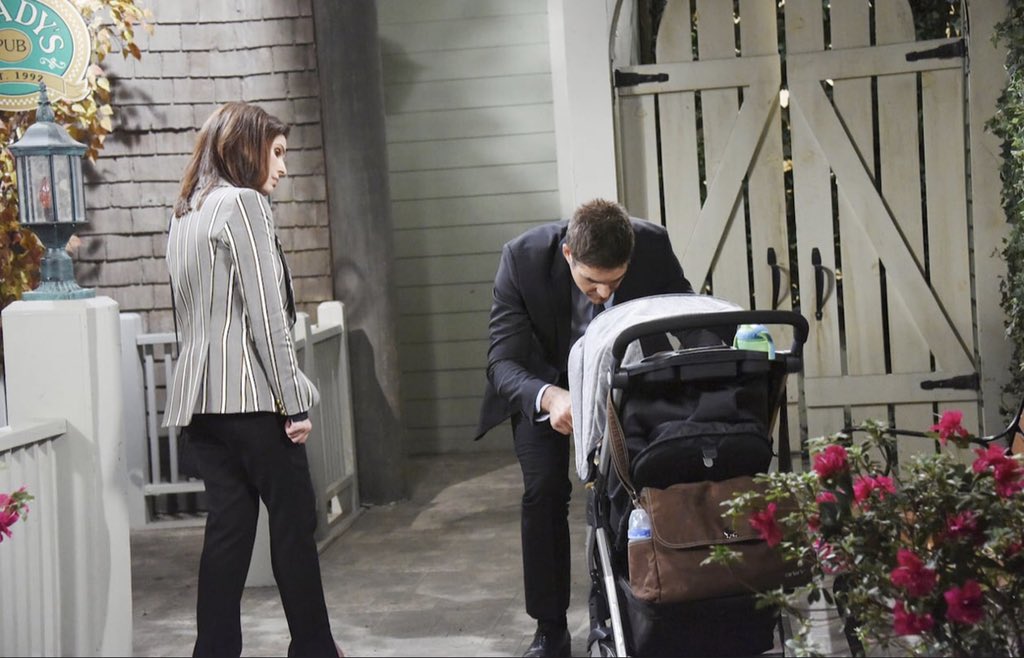 Days of Our Lives spoilers tease that Rafe Hernandez (Galen Gering) will eagerly await to hear about Baby David Ridgeway (Jaxton and Dexter Ellis), who he has been caring for since Jordan Ridgeway (Chrishell Hartley) has been in Bayview. But now that she is being released, will he be able to keep caring for him? Rafe has always wanted children of his own, and he’s quite attached to the little bugger!

Days of Our Lives Spoilers – That Answer Looks To Be Yes, And No

It looks like Rafe will be able to keep David in his home, but there’s a catch. Jordan will only be able to be released from Bayview if someone takes legal responsibility for her, and Rafe decides he needs to be the one to do that since he has her baby. So, for David to keep living with Rafe, so will Jordan have to live with Rafe and David! Rafe won’t have a problem with that, that way mother and baby can be together and he can be with the baby and keep an eye on Jordan in case she’s not so ready to be released as the doctors thought! Longtime Days of Our Lives viewers will recall that not only is Rafe a cop, he was once an FBI agent, so to begin with, he will consider Jordan living in his home as protective custody!

Rafe and Jordan will operate as a baby care team, much as two parents would – or should – with a baby or child in their home. Mother and child will have to get reacquainted with one another, and possibly re-form the bond, at least on David’s part, that should be between a mother and child. But David has been away from Jordan for so long he may not even remember her or who she is! That’s bound to hurt, if he fusses and pulls away from her when she tries to interact with him or hold him!

Days of Our Lives Spoilers – David Ridgeway In General Does Not Have Problems Accepting People Wanting To Hold, Play With Or Care For Him

However, all in all, David seems to be a pretty friendly little baby, and in general does not have problems accepting people, even new people, wanting to hold, play with or care for him, so he should not have any adjustment problems with Jordan, either. Jordan will regret having missed so much of his babyhood but Rafe may have made sure that he kept a baby book for the time David has been with him, complete with growth markers, milestones and pictures for each month so that Jordan could have some idea of David’s progress since he has been out of her care! Rafe has always wanted to be a daddy so maybe he’s been acting like he really is David’s daddy and doing all those daddy things like taking pictures, keeping a brag book and teaching him to roll a ball back and forth with him; David’s big enough to be able to do that now! He’s not quite old enough to be a junior patrolman or anything like that, but he should know some words now and at least be crawling around, if not walking quite yet. Jordan should appreciate all those daddy-like efforts!