Emmerdale Spoilers: Aaron Suckered Into Mandy’s Scam — Did He Really Burn The Bag Of Money? 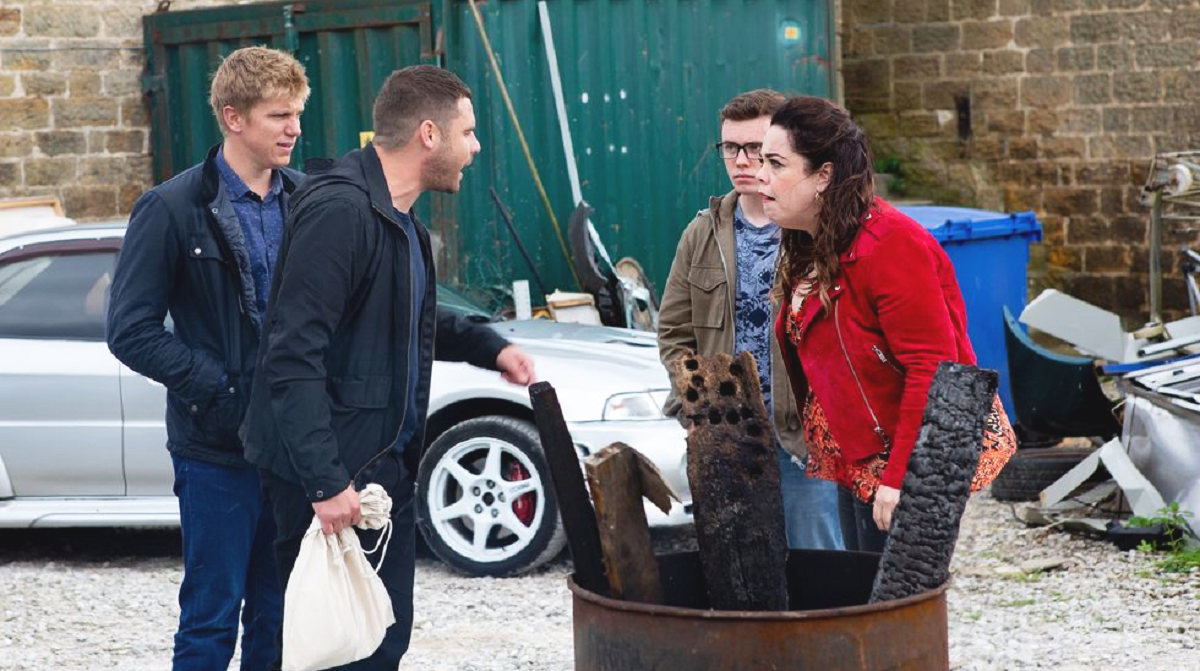 On Emmerdale, Aaron Dingle (Danny Miller) will get involved in Mandy Dingle’s (Lisa Riley) scams. They are set to clash over stolen money, as Aaron pretends to burn the cash in a barrel at the scrapyard.

Mandy and Vinny (Bradley Johnson) are desperately looking for a bag at the Butlers Farm. Soon after, Chas Dingle (Lucy Pargeter) discovers that the bag the pair were looking for is filled with stolen cash and casino chips. As expected, Chas and the rest of the Dingles are furious and calls out Mandy for what she did.

However, Mandy finds herself a new ally. Or so she thought. Aaron offers to change the chips, a move that didn’t sit well with his husband, Robert Sugden (Ryan Hawley).

Later on, Aaron and Mandy meet at the scrapyard. However, Aaron had other things on his mind. He accuses Mandy of sponging from the family and tells her that he’s taking a cut from the money as his commission.

They will end up in an argument, which will lead to Aaron “accidentally” dropping the cash into a burning barrel. Did Aaron really burn the money? Or is he up to something? To whom does that money belong to?

Lisa Riley returned to Emmerdale for a short stint earlier this year. She made a permanent return to the show in September. Upon her reappearance, her alter ego, Mandy, walked in on her cousin sharing a passionate kiss with her ex-husband.

Riley returned to the show 18 years after she left. She joined the show back in 1995 and continued to play her character for five years. During that time, she was a member of the Dingle clan and also worked at the Woolpack pub.

She fell in love with Paddy Kirk (Dominic Brunt) and got married in 1999 but separated after she had an affair with her college lecturer. In 2001, she left the village to start a new life in London.

“I could not be happier to be returning. I am so interested to see what trouble Mandy is capable of causing,” Riley said in an interview earlier this year.