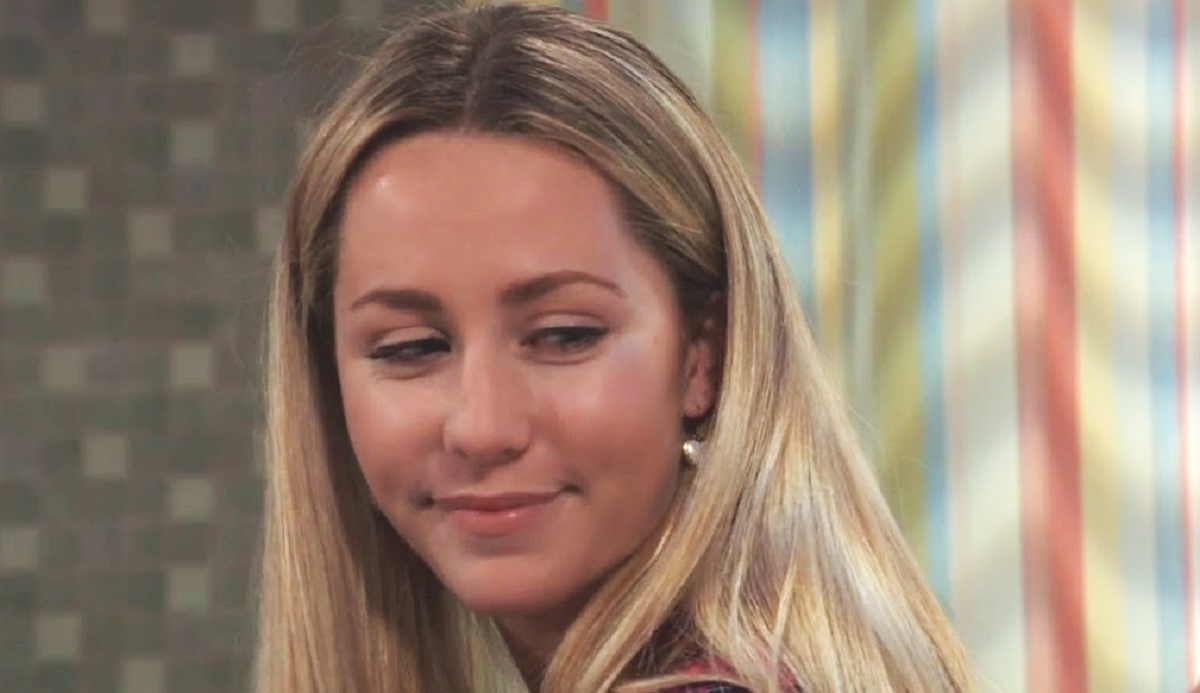 Josslyn (Eden McCoy) skipped most of her first day of school, feeling that she didn’t want to feel so normal after Oscar (Garrett Stitt) died last year. Everything is going back to normal and Joss feels that she’s betraying Oscar by moving forward with her life.

Joss has had to deal with a lot of adult drama that no 16 year old could ever be expected to face. So she may think of herself of being older than her years. Dustin (Mark Lawson) is Joss’ new English teacher and it would be easy to see her being drawn to the adult.

General Hospital Spoilers – Dustin Phillips Could Be In A Tough Situation

Dustin may show her kindness that Joss could easily confuse. She may even invent scenarios in her mind where she and Dustin could be a couple. When she first saw him at Charlie’s Pub, she definitely noticed how good looking he was.

More than likely Dustin will be kind to Joss, not wanting her to go through any more trouble. But if she starts making subtle advances, he may not even realize what is going on until it’s too late. Dustin has been increasingly drawing closer to Lulu (Emme Rylan). This could eventually lead to Jossylyn feeling led on and wanting to get back at him.

As grown up as she has had to be lately, Josslyn is still a teenage girl. She should be focusing on her schoolwork and enjoying her high school years. But Josslyn is also Carly’s (Laura Wright) daughter and they are more than a little bit similar.

Joss has definitely inherited some of Carly’s worse traits. This could lead to trouble for both Lulu and Dustin in the coming weeks! Hopefully it will all resolve before any permanent damage is done!

General Hospital Spoilers: Jax Confronts Sonny And Carly; Has He Found Out The Truth About Dev? https://t.co/BCUE5YQzfd pic.twitter.com/joijNW7SsP

Is this a direction you want to see Joss’ storyline go? Or would you rather see Joss involved in more teenage drama with the other teens? If General Hospital goes this route, it has the potential to be very controversial.

A new romance with Cameron (William Upton) is probably a better alternative. But whatever happens, the drama never stops in Port Charles. Watch General Hospital weekdays on ABC and see what happens next!