The Bold And The Beautiful Spoilers: Ridge Wakes Up Hungover With Shauna — Will He Confess To Brooke? 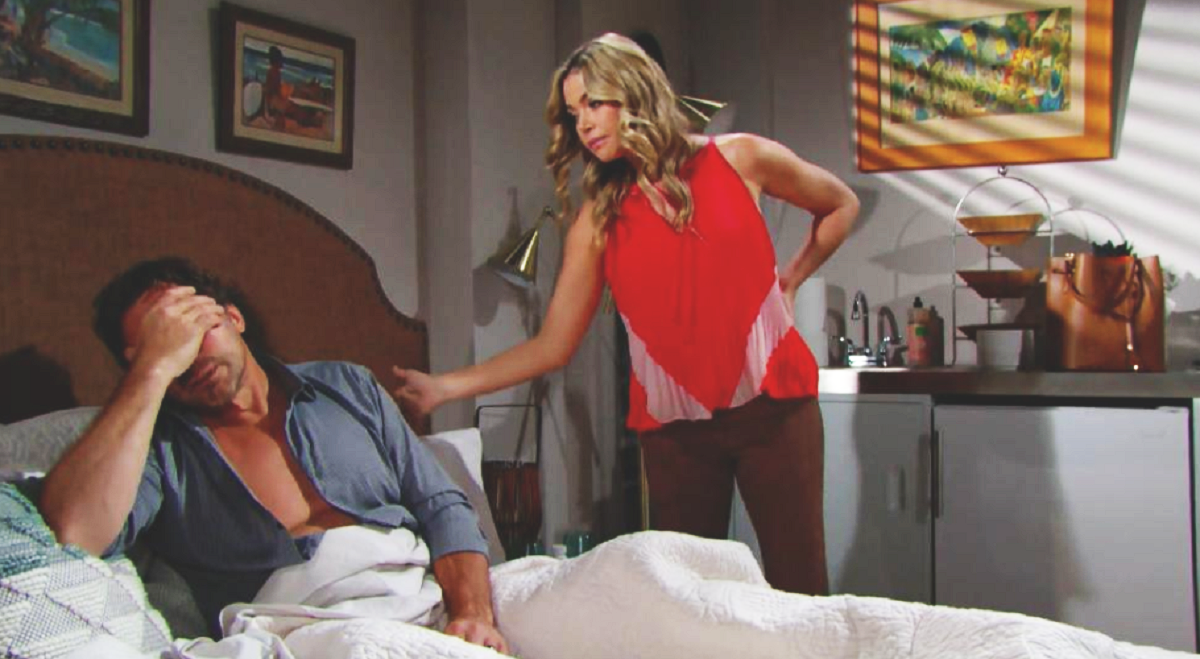 The Bold and the Beautiful (B&B) spoilers tease that Ridge Forrester (Thorsten Kaye) is about to wake up on the wrong side of the bed.

And while a lot of men certainly wouldn’t mind waking up next to a beautiful woman like Shauna Fulton (Denise Richards), Ridge knows that this means nothing but trouble for him. As a matter of fact, he’s panicking because he has no idea how the hell did he get himself in this place, to begin with. Here’s what you need to know.

Ridge is a man that likes to remain calm and collected but lately, things have been spiraling out of control for him. As many fans know, Ridge has been trying to help his son Thomas Forrester (Matthew Atkinson) avoid a lifetime behind bars.

This, of course, isn’t sitting too well with his spouse Brooke Logan (Katherine Kelly Lang) who is adamant that Thomas should pay for his crimes. After all, her daughter Hope Logan (Annika Noelle) suffered a lifetime worth of pain because of him.

The Bold and the Beautiful spoilers tease that after a tough fight with Brooke, Ridge will find himself at the Bikini Bar. He ends up seeing Shauna there and after one too many drinks the two end up sleeping with each other that night. In other words, Shauna has him exactly where she wants him and that’s in between the sheets.

The only problem for Ridge is that he’s hungover and he doesn’t remember anything. He’s dazed, he’s confused and he’s clearly in the wrong bed!

And as much as things haven’t been working out for he and Brooke lately, that doesn’t mean he’s looking to pull the plug on their marriage. He just needed a break from the stress but unfortunately, this wasn’t the kind of break he had in mind.

To complicate matters even more, Shauna will soon realize that she has developed feelings for Ridge. Uh-oh! Sleeping with him is one thing, but getting emotionally involved is another. Just wait until Brooke Logan hears about this!