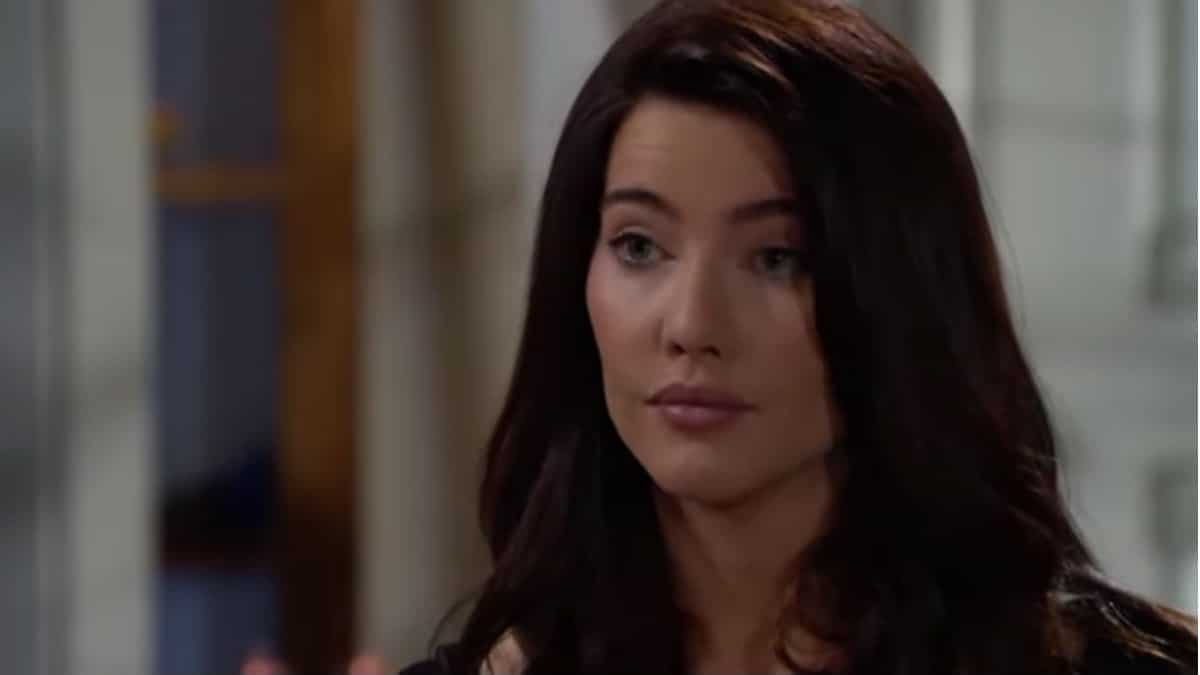 The Bold and the Beautiful spoilers tease that Steffy Forrester (Jacqueline MacInnes Wood) is slowly but surely trying to adjust to her new life after she was forced to give away the baby she thought she had lawfully adopted on her own. Little did she know that Baby Phoebe was actually Baby Beth and that for months she had a little baby in her arms that Liam Spencer (Scott Clifton) and Hope Logan (Annika Noelle) had thought they had lost.

Bold & The Beautiful Spoilers – What’s Next For Steffy Forrester?

Jacqueline MacInnes Wood, who plays Steffy on the hit CBS soap, believes that her alter ego will continue to stand by the commitment that she made last year to be a strong, independent woman. And so far it seems to be working. She doesn’t need a man to help her or watch her cry. She’s doing this all on her own, for better or for worse.

Jacqueline even told CBS Soaps in Depth in a new interview, “I think it was more for the girls. There’s always going to be a soft spot in her heart for Liam, but it would take a lot of time and work for real feelings to return. When you see someone going back to somebody who wasn’t treating them right, it hurts your heart to watch them go through that.”

The Bold and the Beautiful POLL: Should Brooke and Ridge Split Or Stay Together? @celebratesoaps https://t.co/XXy4BLmyS7 #bb #boldandbeautiful

B&B Spoilers – A Future Without Her Adopted Baby

So, what does this mean for Steffy and her future? Right now she’s just trying to make sense of everything that has happened to her these last few weeks. And unfortunately, she doesn’t have many people that she can count on in her life right now. Sure, she’s got her father Ridge Forrester (Thorsten Kaye), but he’s too busy making his own mistakes. She surely can’t trust her brother Thomas Forrester (Matthew Atkinson) and Brooke Logan (Katherine Kelly Lang) has been anything but helpful.

Then again, there’s always the possibility that her mother Taylor Hayes (Hunter Tylo) might return, especially now that Steffy needs her the most in her life. Either way, we have a feeling that Steffy will rise and that she will be bigger, stronger, and more powerful than ever before. Fingers crossed!