The Young and the Restless Rumors: T Stands For Trouble And Z Stands for Zinger! Could Theo And Zoe Be Involved In Fenmore’s Drug Dealing? 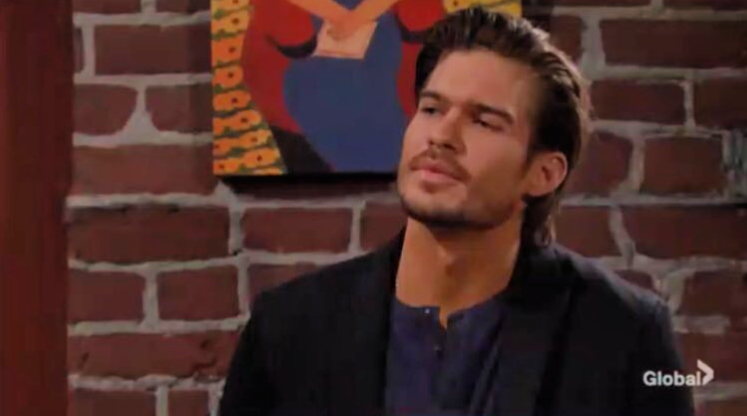 The Young And The Restless Spoilers For Friday, September 13: No Pulse for Victor Following His Collapse – Victoria Reunites with Captive Billy

Zoe Hardisty (Anna Grace Barlow) and Theo Vanderway (Tyler Johnson) are definitely involved in the world of partying as drugs, as evidenced by Zoe’s spiking the sangria with MDMA, or “Molly” at the Grand Phoenix opening. She’s out of the picture now, having been arrested, but Theo’s still on the police radar and undoubtedly background investigations will turn up all kinds of misbehavior related to both of them.

When Adam showed Michael the pictures of Fen, he didn’t say where they were taken, but a musician on the road goes all kinds of places and Theo and Zoe could have easily been involved, Theo particularly, as an influencer for Fen and his band! Fenmore, unfortunately, has quite a history of drug abuse and also has done prison time at least for a month, for stealing drugs from the hospital. Adam isn’t blackmailing Michael in the sense of blackmailing for money, but implying threats of his making Fen’s current problems public as leverage to try to keep Michael, who has just taken over as District Attorney, under his thumb and at the ready in case Adam needs him! He could also use this information to try to publicly embarrass Michael, since a District Attorney is normally held to the highest standards by the public and nearly anything can become a scandal if spun in the right way.

Many singers and bands fall into the trap of sex, drugs, and rock and roll as a lifestyle, and like Theo enjoys doing, party hard and sometimes pick up underage groupies who are obsessed with them and they wind up sleeping with the band members. It just seems to go with the territory, and it sounds like Theo’s kind of place to be! This is much more serious than a young man sowing wild oats, and even though Theo claims to not have been in cahoots with Zoe at the Grand Phoenix opening, she had access to the Molly much too easily, so it’s not surprising if they both hang around drugs and their dealers. Since Anna Grace Barlow has left the soap recently she may have been extradited back to New York and her case won’t come across Michael’s desk. However, if Detectives Paul Williams (Doug Davidson) and Rey Rosales (Jordi Vilasuso) happen to come across Fenmore Baldwin’s name in association with their investigations of Zoe, which they will need to share with police in New York if she was extradited, Michael will certainly be notified and that could be very embarrassing in that setting, although it’s not his fault if his and Lauren’s son is back into the drug scene! The detectives probably wouldn’t tell him the information on a professional basis but as friends.