Days of Our Lives Spoilers: Ciara Furious About Jordan’s Release From Bayview 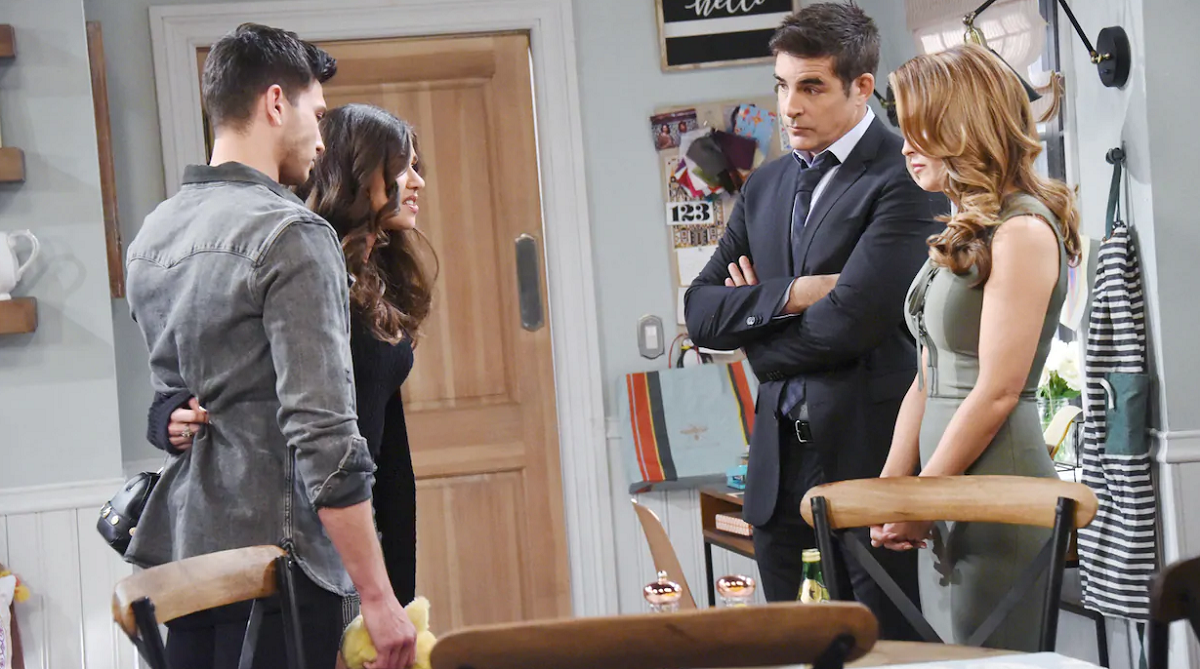 But before that she lived a nightmare at the hands of Ben’s sister, Jordan Ridgeway (Chrishell Hartley). Jordan abducted and nearly killed Ciara to “protect” her from Ben before she was apprehended and sent off to Bayview for treatment.

Well, soon Jordan will be back in Salem as a free woman. According to DOOL spoilers, Jordan will complete her treatment at Bayview and get released into Rafe Hernandez’s (Galen Gering) custody. He’ll have legal responsibility for her, and she’ll promptly move into the Hernandez house and reunite with her infant son. It will be a great situation for her, and she’ll love being back with her baby and reconnecting with Rafe.

But not everyone is going to be thrilled about Jordan’s return. According to DOOL spoilers, Ciara and Ben won’t know about Jordan’s release until it’s a done deal. It will apparently infuriate Ciara that Jordan is out and walking free after her deliberate attempt on Ciara’s life. DOOL viewers will remember that Jordan tied Ciara up in a cabin, and then set the cabin on fire. Ciara certainly hasn’t forgotten the incident!

The DOOL fall preview shows Ciara and Ben confronting Jordan about her attempt on Ciara’s life, with Jordan apologizing for her actions to a miffed looking Ciara. It certainly doesn’t seem like Ciara is going to accept the apology, and ongoing DOOL spoilers indicate that Ben will end up being very concerned about the impact of Jordan’s release on Ciara. Plus, he’ll be worried that this sister still isn’t 100% well.

It seems that Ben will think that Jordan poses an ongoing threat toward Ciara. DOOL viewers will remember that the whole reason that Jordan abducted Ciara in the first place was because she wanted to protect her from Ben, whom she believed was dangerous. Well, apparently Jordan will still be under the belief that Ben is dangerous, and she’ll refuse to allow him to be around her son. And that will lead Ben to think that Jordan might once again do something to protect Ciara from him.

But it seems that the person who’s legally responsible for Jordan – Rafe – won’t agree with Ben about how dangerous Jordan could be. In fact, DOOL spoilers indicate that Rafe and others will think that Ben is being paranoid by thinking Jordan could pose a risk to Ciara. And that will leave both Ben and Ciara frustrated and concerned going forward.

It will be interesting to see how Jordan seems when she returns to canvas, and whether DOOL viewers get any hints as to whether she’s really recovered, or if there’s still a dangerous streak there. Do you think that Jordan will still be a danger to Ciara?