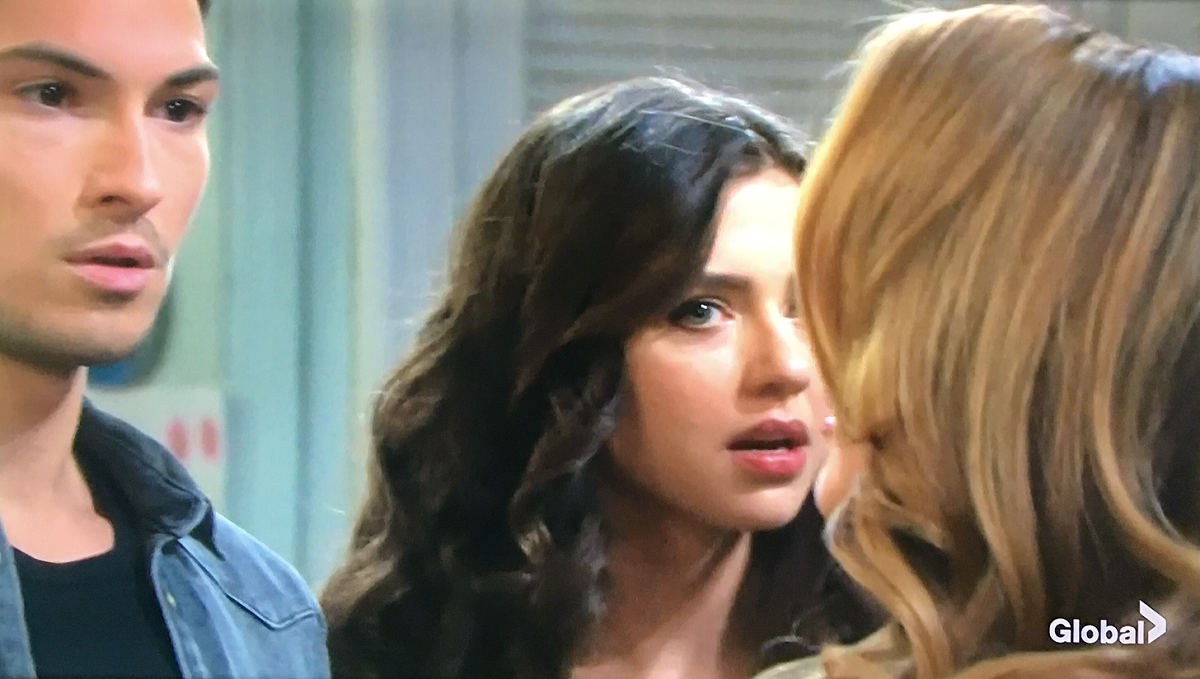 Days of Our Lives (DOOL) spoilers for Wednesday, September 18, tease that Jennifer Horton (Melissa Reeves) will be stuck in grave danger. She’ll find herself tied up and gagged in a hotel room, so it’ll be quite a predicament.

Jennifer will hold out hope that Jack Deveraux (Matthew Ashford) will rescue her, but things will look bleak for a while. That’s all due to Jennifer’s vengeful captor, Dr. Henry Shah (Piter Marek).

Over with Anna DiMera (Leann Hunley), Days spoilers say she’ll beg Kristen DiMera (Stacy Haiduk) for assistance. Anna will be desperate to get Tony DiMera (Thaao Penghlis) off the hook, so she’ll plead with Kristen in Wednesday’s episode. She’ll speak from the heart and hope Kristen can help Tony gain his freedom.

Kristen normally isn’t interested in helping anyone except herself, but she’ll consider it this time around. That’s because she wants to win over Brady Black (Eric Martsolf). Showing she’s capable of good deeds might score some points with Brady, who would certainly like to see more than Kristen’s dark side.

Days of Our Lives Spoilers: Jennifer Tries to Save Herself From Hostage Situation – Can She Gain Dr. Shah’s Trust?

Speaking of Brady, he’ll confide in John Black (Drake Hogestyn) and get some advice in return. DOOL fans know Brady has a bizarre connection with Kristen. Even Brady himself can’t understand why he feels so drawn to her. This is a woman who’s hurt his loved ones repeatedly, so Brady’s struggling to make sense of the temptation.

Days of Our Lives spoilers say John will offer a wise warning on Wednesday. He’ll probably remind Brady that Kristen always leads to trouble. She’s incapable of change in John’s eyes, so he’ll want Brady to steer clear of Kristen and move on with his life. John has seen Brady go down this dark road before, so he’ll try to keep him from going down it again.

Other Days of Our Lives spoilers say Jordan Ridgeway’s (Chrishell Hartley) release will make waves. She’ll explain that she’s recovered now, but Ciara Brady (Victoria Konefal) and Ben Weston (Robert Scott Wilson) won’t be so sure. After Ciara rants about Jordan trying to kill her, Jordan will insist she deeply regrets that. As for Ben, Jordan will remain adamant that he can’t be in David’s life.

Days Of Our Lives Spoilers: Julie’s Big Heartbreak — Will She Have To Skip Lani And Eli’s Wedding? https://t.co/u1oRkEltLj pic.twitter.com/oMtrt32T23

Ciara should find hypocritical since Jordan feels her own therapy worked, but she won’t have any luck changing Jordan’s mind. It sounds like some tense scenes are coming up.