General Hospital Spoilers: Chase Takes Time To Comfort Willow — Has The Baby Swap Truth Been Revealed To Her? 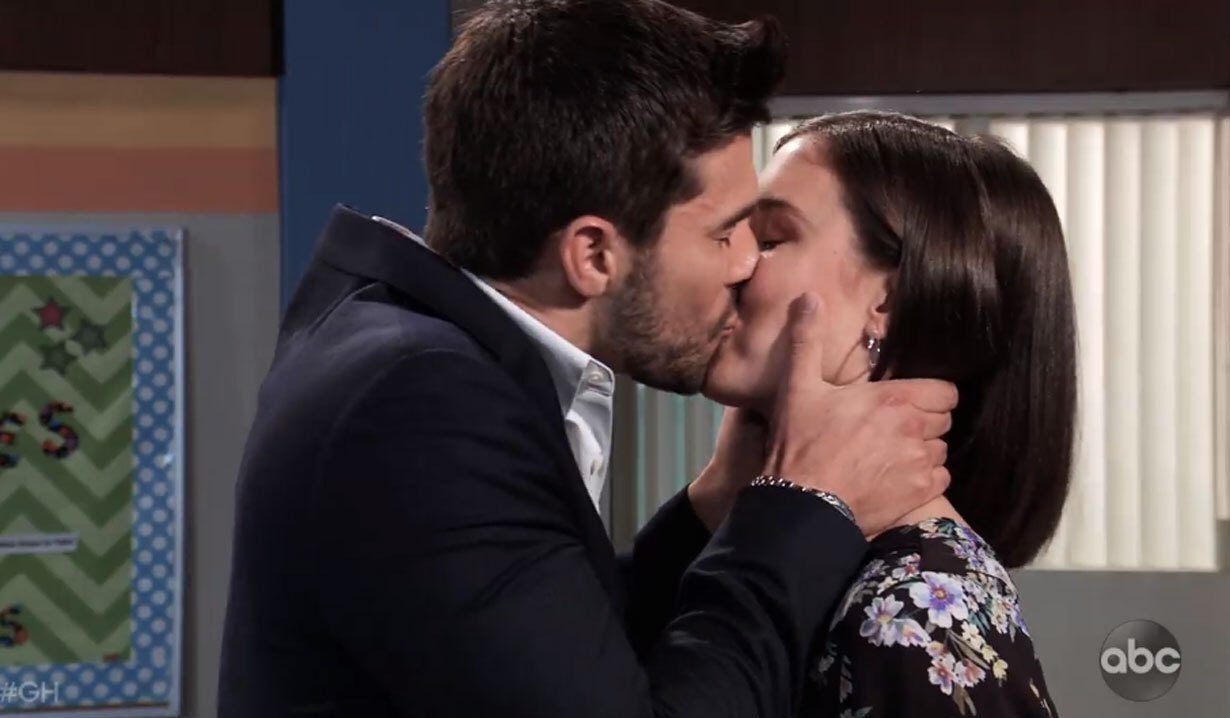 General Hospital (GH) spoilers tease that Detective Harrison Chase (Josh Swickard) will take some time to comfort Willow Tait (Katelyn MacMullen); will the baby swap secret have been revealed to her?

Julian Jerome (William DeVry) already figured out the truth! As the viewers will recall from recent episodes, Brad Cooper (Parry Shen) went to Charlie’s Pub to try and convince Julian to put a hit out on Liesl Obrecht (Kathleen Gati) because he was afraid she would expose the truth about the baby swap, and his husband Lucas Jones (Ryan Carnes) and Michael Corinthos (Chad Duell) and the Corinthos family would come down hard when they found out that Wiley Cooper-Jones (Erik and Theodore Olson) is really Jonah Corinthos! Julian was livid with Brad when he realized he’d been roped into being an accomplice to Sonny Corinthos’ (Maurice Benard) grandson’s kidnapping!

After Julian declined to put a hit out on Liesl, she told Brad she would keep quiet about the matter in exchange for a favor, which on those terms, was really a demand! She wanted Brad to fix things between herself and her daughter, Britt Westbourne (Kelly Thibaud) and reunite them.

Of course, the success of that plan would depend on Britt and Brad would have to tell her that her mother knows the secret. Britt already knows because Brad talked to her about it the last time she was in town, but she wanted nothing more to do with Liesl! The first person Liesl would go to with the secret would be Michael, and then Michael would have to break the terrible news to Willow because that means it’s not Michael’s baby that’s dead, but hers!

The truth could come out in another way as well; unless Brad was successfully able to finish altering Michael’s, Wiley’s and Shiloh Archer’s (Coby Ryan McLaughlin) who was the real Wiley’s birth father, medical records at GH then Lucas could decide to take another look at them for reasons related to the baby’s health and realized they’d been altered!

Then he would wonder why Michael’s records had been altered as well, and be able to put the truth together in much the same way Julian did, but not the details of how the original baby died and they got Jonah instead. Lucas would probably not assume Julian knew anything about this and go straight to Michael, or possibly based on his suspicions compare have their baby’s DNA run against Nelle Benson’s (Chloe Lanier) which is probably in the police database.

He may go to Chase with his suspicions and in that scenario, Chase would have to be the one to break the news to Willow, and Lucas would to Michael! Brad and possibly Julian will be in trouble either way!

However the truth winds up coming out, it’s getting ready to in the next couple of weeks; stay tuned to General Hospital and keep checking GH spoilers frequently for all the latest news, updates and developments!