General Hospital Spoilers: I’m Not Franco! Kim Is In Love As Drew Takes Over 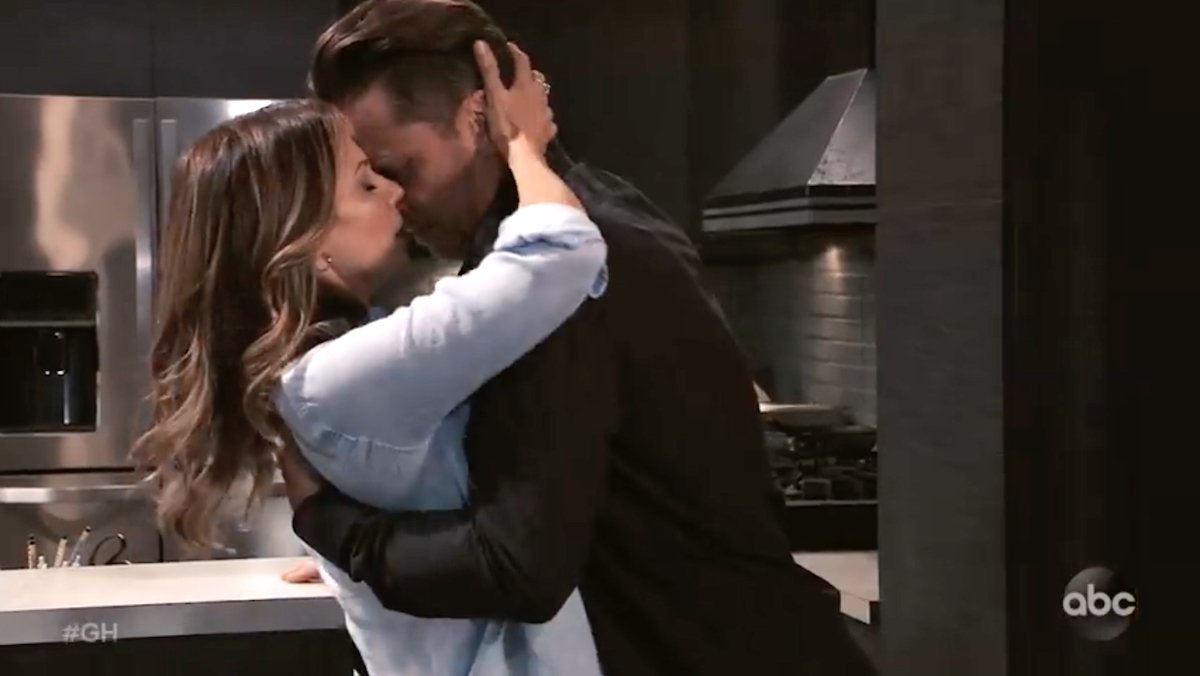 General Hospital spoilers tease that Kim Nero (Tamara Braun) will finally give in to her passions when Franco Baldwin (Roger Howarth) convinces her that he is pre-2012 Andrew Cain (Steve Burton) in every way that counts, since the real Drew Cain (Billy Miller) is missing and presumed dead! In fact, Franco convinced her that Drew Cain was dead!

General Hospital Spoilers – It’s An Edge Of Your Seat Hookup!

In the new General Hospital weekly promo video, “A Lurid Affair” Kim and Franco are in Kim’s apartment, where Kim tells Franco that she is faced with the truth that he is her best friend’s husband! They start making out in her kitchen in spite of that, and she tries to protest and push him away, but he murmurs “But I’m not Franco!”

General Hospital viewers will recall that the real Drew Cain’s (Billy Miller) plane went down over the Gulf of Aden in the middle east, where he was en route to Afghanistan to return the money that Charles “Tex” Owens (uncast character) hid in his wife’s car, which turned out to be the car Drew had given his and Kim’s late son, Oscar Nero Quartermaine (Garren Lake Stitt) who in turn willed it to Cameron Webber (William Lipton). This was the money that Tex and Shiloh Archer (Coby Ryan McLaughlin) had received from selling fuel from US Navy installations to enemy insurgents. “Frankendrew”, upon hearing this news put it upon himself to tell Kim, and told her “that Drew” was dead at the bottom of the ocean and never coming back, and kept taking advantage of her shock to keep making his point that HE is Drew!

He also appears to be taking advantage of her grief and shock sexually, and she can’t resist! Will they be able to stop when Elizabeth Baldwin, (Rebecca Herbst) Franco’s wife comes to the door? Other General Hospital spoilers tease that she will even come through the unlocked door and catch them with their pants down!

GH Spoilers – Will Justice Be Served?

The second part of the weekly promo video deals with Shiloh’s appearance in court for various charges, and begins with Detective Harrison Chase (Josh Swickard) and Willow Tait (Katelyn MacMullen) awaiting his appearance in the courtroom. Shiloh finally enters, chained to a guard, and has the unmitigated gall to tell Willow that when all this is over, she and he will be together again! Other General Hospital spoilers tease that Shiloh will testify in his own defense; whether he also acts as his own attorney remains to be seen. If he does, he has a fool for a client because District Attorney Robert Scorpio (Tristan Rogers) has built a very strong case against him! At the very least, there are provable charges of fraud, rape, kidnapping, and possibly the murder of Willow’s father which was staged as a drug overdose leading to suicide! Willow herself will undoubtedly testify, and possibly her mother, Lorraine Miller (Inga Cadranel) who once went by the Dawn of Day name “Harmony”, and possibly Jason Morgan, (Steve Burton) Sam McCall, (Kelly Monaco) and Kristina Corinthos-Davis (Lexi Ainsworth)! Even if they don’t all testify in person, their sworn statements will be a big part of Robert’s case against Shiloh!