The Bold and the Beautiful Spoilers: Shauna Pressures Quinn To Make Sure Flo Ends Up With Wyatt 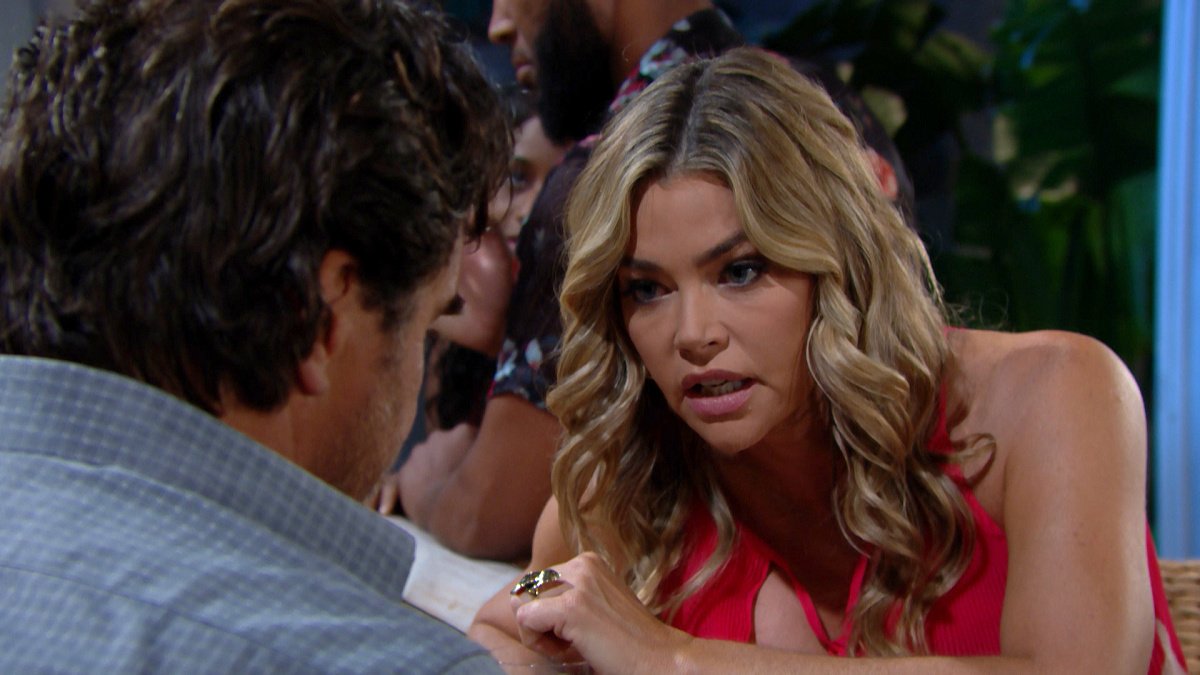 The Bold and the Beautiful (B&B) spoilers tease that Shauna Fulton (Denise Richards) isn’t going to give up her big dreams for her daughter, Flo Fulton (Katrina Bowden). As B&B viewers will remember, the reason that Shauna encouraged Flo to keep the secret about Beth Spencer’s (River Davidson and Madeline Valdez) existence in the first place was to protect Flo’s standing in the Logan family. More than anything, Shauna wants Flo to be able to live the good life.

Well, it seems that Shauna will soon be turning her attention to Flo’s love life as well. Shauna was thrilled when Flo reconnected with Wyatt Spencer (Darin Brooks) after moving to Los Angeles. As B&B viewers know, she considers Flo and Wyatt to be soulmates, and one of the reasons that she didn’t want Flo to come forward about Beth was because she knew that Flo would lose Wyatt. Indeed, Wyatt broke up with Flo as soon as he learned that she had lied about being Beth’s birth mom, and that was the end of their relationship.

But soon, B&B spoilers say that Shauna will make a big appeal to her old friend Quinn Forrester (Rena Sofer). Quinn and Shauna are kind of on the outs right now because of the big secret that Shauna and Flo kept. But the two moms have always had one important thing in common…they have always wanted their kids, Flo and Wyatt, to be together.

Shauna feels terribly for Flo now that she’s alone and without Wyatt. And soon she and Flo will learn that Wyatt is back together with Sally Spectra (Courtney Hope) – something that will rock Flo to her core. B&B spoilers say that Flo won’t take Wyatt’s reunion with Sally well, and in fact she’ll vow to do everything she can to win Wyatt back. Flo knows that it will take a lot to win back Wyatt’s trust, but she’ll be determined to give it her best try.

The Bold and the Beautiful spoilers also say that Shauna will get in on the action, too. She’ll make a big pitch to Quinn about how Flo and Wyatt belong together, and she’ll ask Quinn to help her make sure that Wyatt ends up with Flo and not Sally. It’s been a while since Quinn tried to meddle in Wyatt’s love life, but she’s certainly one to do that when she sees fit – but will she do it for Shauna?

The last that Shauna and Quinn spoke, they weren’t on great terms. B&B viewers will remember that Quinn was very upset about Shauna and Flo keeping the Beth secret from everyone. Will Quinn have softened a bit toward Shauna? She might be willing to do what Shauna asks given that she doesn’t particularly like Sally being with Wyatt.

We’ll see what Quinn does, and if she’s willing to help Shauna and Flo. Do you think that Quinn will still be willing to push Wyatt to be with Flo, given everything Flo has done?