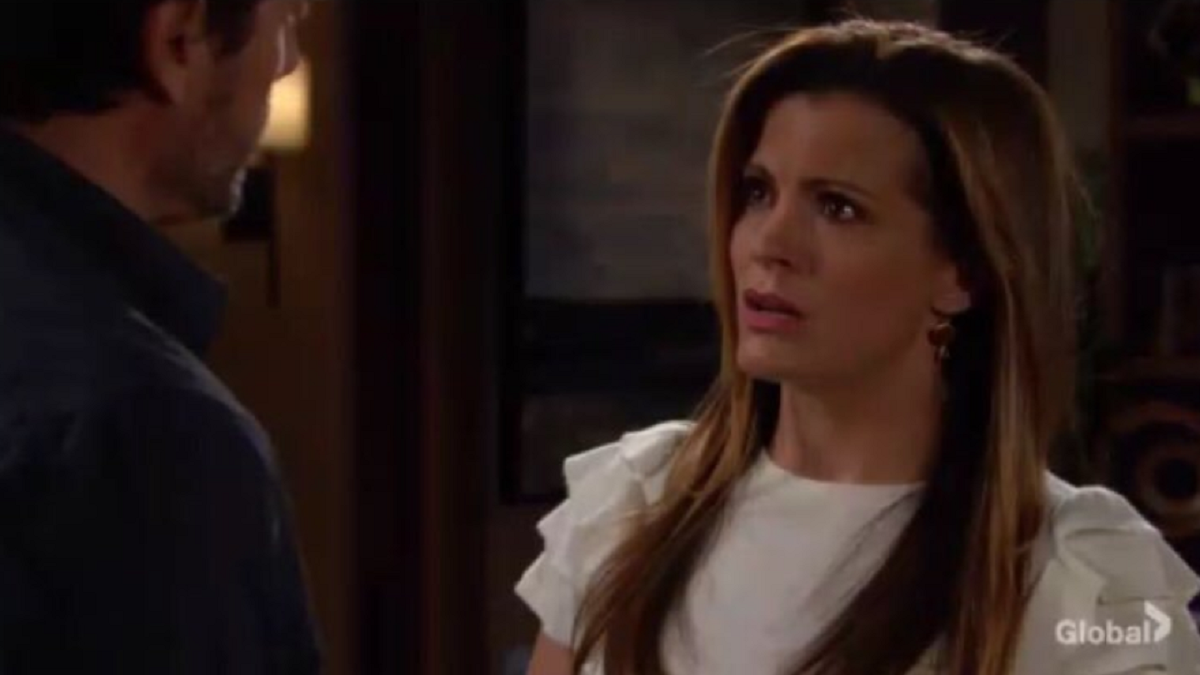 The Young and the Restless (Y&R) spoilers for Wednesday, September 18, tease that Victor Newman’s (Eric Braeden) apparent fake death plot will continue. At the ranch, Summer Newman (Hunter King) is still emotional as Nate Hastings (Sean Dominic) updates everyone on the hospital staff. They’ve been instructed to keep quiet about Victor’s demise until the whole family’s filled in.

Nick Newman (Joshua Morrow) promises to track down Victoria Newman (Amelia Heinle) and deliver the blow, but Kevin Fisher (Greg Rikaart) and Chloe Mitchell (Elizabeth Hendrickson) beat him to it. Kevin gets a call from Michael Baldwin (Christian LeBlanc) about Victor’s death, so they decide they need to head back to the boathouse and explain.

Meanwhile, Billy Abbott’s (Jason Thompson) glad to be free of the dark side. Victoria still wants Billy to seek professional help with his recovery. Soon after their arrival, Chloe and Kevin get good news about Billy’s breakthrough. Unfortunately, bad news follows as they reveal Victor died. Victoria is in disbelief at first, but she ultimately breaks down in tears and insists she needs to head home right away.

The Young And The Restless News: Justin Hartley Books A New Gig– Read The Details Here!

Adam grumbles about Nick kicking him off the ranch. He also wants Chelsea to give Connor an apology for their missed visit. Afterward, Adam looks pensive by himself and considers contacting Sharon Newman (Sharon Case). He eventually backs out of the idea.

A little later, Phyllis Summers (Michelle Stafford) shows up to find that Adam’s been drinking. She contends that Adam’s pill switch probably didn’t have anything to do with Victor’s death. Furthermore, Phyllis thinks Victor made both their lives miserable and argues they should be celebrating. Adam accuses Phyllis of wanting Nick, so they bicker until Phyllis stomps off. She stops in the hall briefly to text Nick and ask if they can talk.

Nick takes a call from Chelsea, who offers to support him at the ranch. He doesn’t think that’s necessary since he’s headed home soon anyway. When Michael appears, Nick gives him a hard time until Nikki shuts it down. Michael gets the scoop on Victor’s illness before Nick provides a warning. He notes that if anything other than Victor’s condition killed him, they’re going to find out.

Nick spots Phyllis’ text message before the fam talks memorial plans. Once everyone exits, Victoria’s a mess as she rushes in and embraces Nikki. At Society, Summer Newman (Hunter King) thinks it’s a strange feeling to know Victor’s gone when others don’t. Abby Newman (Melissa Ordway) is also on hand with Nate, and she dreads telling Ashley Abbott (Eileen Davidson).

Back with Nick, he comes home and gets a hug from Chelsea. They agree to wait on telling the kids before the topic shifts to the investigation. Nick doesn’t believe Victor died of natural causes, so Chelsea wonders if he thinks Adam was behind this. Nick indicates that he indeed suspects Adam, which concerns Chelsea.

Finally, Michael pays Adam at visit at his penthouse. He mentions Victor’s death and questions if Adam had something to do with it. Michael’s anxious to find out whether he’ll be dragged into this, but Adam insists he’s two steps ahead of him. However, Michael doesn’t think Adam should be so certain.

The Young and the Restless spoilers say some exciting twists and turns are brewing. We’ll keep you posted as other Y&R details and rumors emerge. Stay tuned to see what’s next in Genoa City.