The Young And The Restless Spoilers: Michael & Lauren Learn A Shocker– Did Adam Point The Drug Lords Toward Fen? 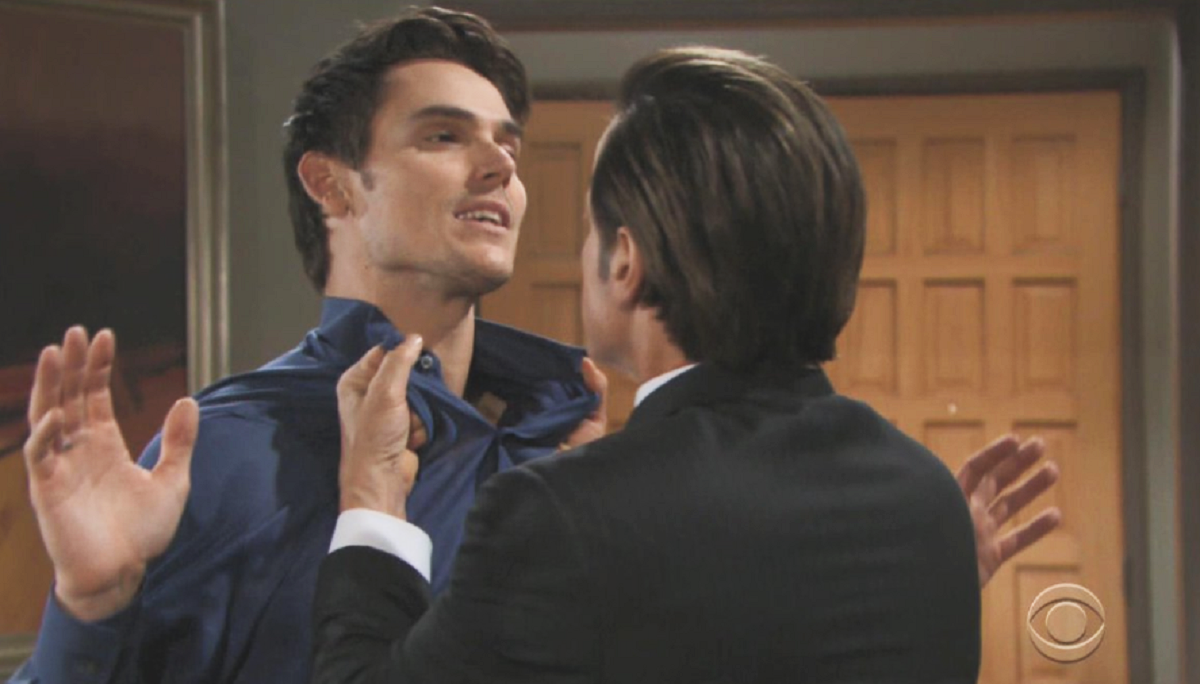 The Young and the Restless (Y&R) spoilers tease that newly appointed District Attorney Michael Baldwin (Christian LeBlanc) will accuse Adam Newman (Mark Grossman) of pointing drug lords towards his and Lauren Fenmore’s (Tracey E. Bregman) son, Fenmore Baldwin (Zach Tinker) to get him back into drugs.

Y&R viewers will recall that Fen has been in trouble many times, mainly related to either taking drugs, stealing drugs, or selling drugs. The last time he was in Genoa City he informed his parents that he had quit law school after one semester, deciding to take a stab at a music career instead, and has been on the road singing with a band ever since. It was a photo taken probably at a concert or backstage that Adam found showing Fen apparently in some kind of drug deal, selling to someone.

Of course, Michael must be wondering if there are pictures on social media why some narcotics officer hasn’t picked up on this and honed in for an arrest. Adam didn’t come out and blackmail Michael with this evidence but definitely wants to keep him under his thumb and at his beck and call in case he’s needed. Michael didn’t want anything more to do with Adam but now he has to!

When Michael shared this information with Lauren she became so worried that she left Genoa City in search of Fen, to bring him back home! Later, Michael will have more unsettling news to share with Lauren and it may be regarding their son.

Michael and Lauren haven’t seen Fenmore or even had much communication with him in at least a year, and now they will be wondering if a revived relationship with illegal drugs is the reason! Michael and Lauren both are extremely irate at Adam, and Michael will come at Adam with some accusations based on logical conclusions in coming Y & R episodes!

Michael will lash out at Adam, accusing him of pointing drug lords in Fenmore’s direction with the intention of getting Fenmore mired in the dark underworld that promotes illegal drugs and black market drugs!

Young And The Restless Spoilers – Did Adam Newman Set The Plan In Motion?

It is a world of evil, of danger, and of cartels only interested in selling their potentially deadly products regardless of the effects on those who fall under the drugs’ spell and become addicted! Fenmore’s lifestyle is likely the standard on the road musician and singer’s lifestyle of groupies and parties. In other words, sex, drugs and rock and roll, and he will blame Adam for setting it all in motion!

Hopefully, Lauren will find Fenmore and be able to bring him back home to fix him once again, although as anyone who has had a family member with addiction knows, people can’t be fixed unless they want to fix themselves!