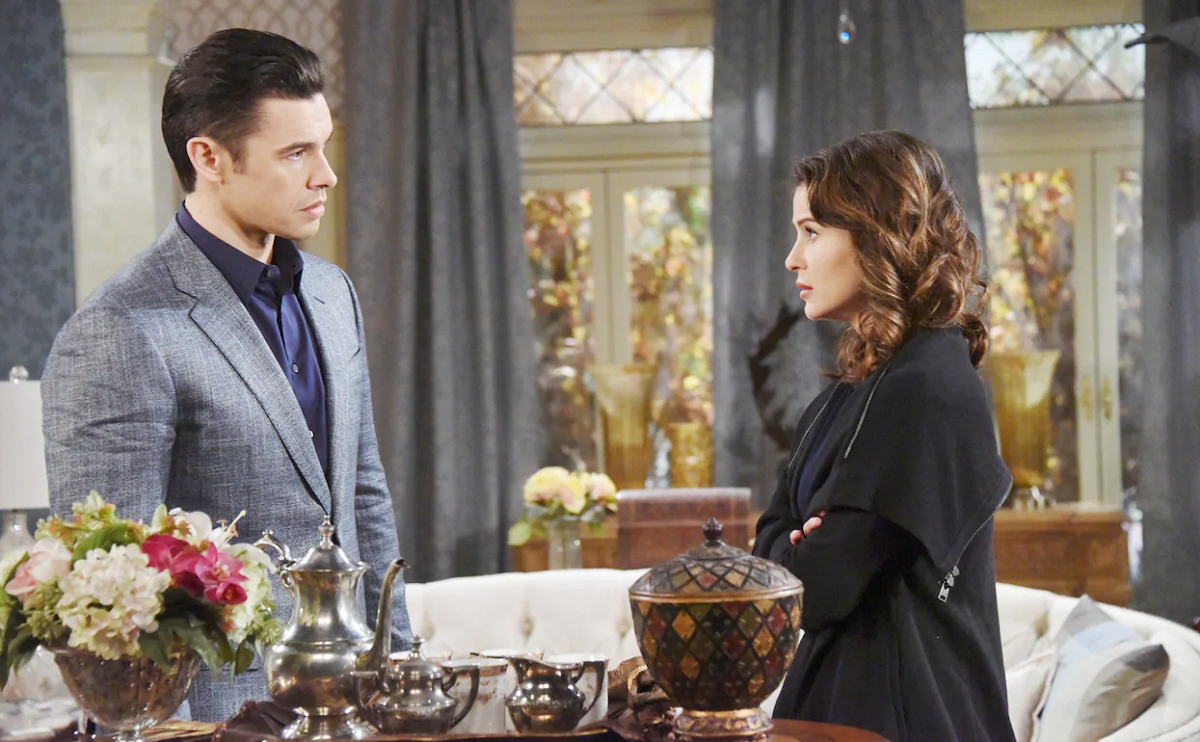 They have no idea where Jennifer Horton (Melissa Reeves is, but they suspect something’s not right. A text about a big story came in from Jennifer’s phone, but Adrienne Kiriakis (Judi Evans) confirmed there isn’t some major assignment.

Jack will continue to text and call Jennifer in Thursday’s DOOL episode. He’ll be determined to get to the bottom of this and save Jennifer if she’s in trouble – and she’s certainly in trouble! That’s because Dr. Henry Shah (Piter Marek) kidnapped Jennifer and is holding her hostage in a hotel.

Days of Our Lives spoilers say Dr. Shah will explain his motives soon enough. He’ll rant about all Jennifer’s rejections and having his emotions toyed with. Dr. Shah was pushed to his breaking point, so he’ll make it clear that Jennifer’s dreams are dashed. If Dr. Shah can’t have Jennifer, he won’t want anyone else to have her either.

Jennifer will fear for her life, but she’ll try to keep a cool head. It looks like Dr. Shah will taunt Jack over the phone, so Jack will know things could get ugly. Thankfully, Jennifer will be able to sneak a text to Jack at some point. She’ll fill him in on her location and count on Jack to be her hero.

Other Days spoilers say Kristen DiMera (Stacy Haiduk) will have news for her love. She’ll tell Brady Black (Eric Martsolf) all about her latest good deeds, including helping with the search for Dr. Wilhelm Rolf (William Utay) and backing up Tony DiMera (Thaao Penghlis) in court. Kristen will hope Brady can see that she’s not all bad, but he may just view this as another round of manipulation.

Regardless, Kristen won’t give up. She’ll do whatever it takes to reel Brady in, even if it means causing more suffering. It seems likely Sarah Horton (Linsey Godfrey) will be Kristen’s next victim. Days of Our Lives spoilers say Sarah will decide to terminate her pregnancy on Thursday, but she’ll have a change of heart in the week ahead.

Days Of Our Lives Spoilers: Kristen Enlists Rolf For An Unusual Procedure — What Are They Planning? https://t.co/m1G5gIs9qI pic.twitter.com/7bu1hxEsqL

Too bad Kristen will really be the one in charge! It appears she’ll ultimately have some embryo-stealing plans, so it’ll be interesting to see where this story goes from here.

We’ll give you updates as other Days details and rumors emerge. Stick with DOOL and don’t forget to check back often for the latest Days of Our Lives spoilers, rumors, updates, and news.