Days Of Our Lives Spoilers: Will Jack Return To His Old Self When His Memory Returns? 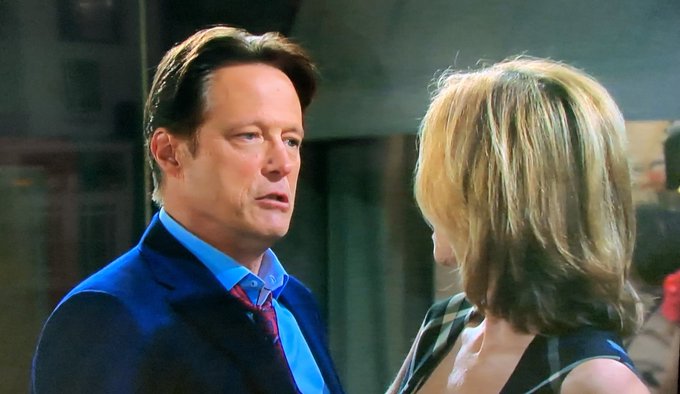 Days of our Lives (DOOL) spoilers tease that Jack Deveraux (Matthew Ashford) will eventually get his memories back, thanks to Dr. Rolf’s (William Utay) miracle serum! There has been a lot of trouble with getting the serum but all the complications should resolve soon enough resulting in Jack getting his memories back. But will Jack be his old self?

Days of Our Lives Spoilers – JJ Deveraux and Jennifer Deveraux want the old Jack Deveraux back!

Jennifer Horton (Missy Reeves) and JJ Deveraux (Casey Moss) are counting on the serum to work and for the man they know and love to come back to them. Jack would most certainly like to remember his children, and even his wife if he is truly honest with himself. But will Jack just suddenly be the man they remember?

DOOL Spoilers – Jack Deveraux has had a life of his own these past few months!

Jack has made quite an effort to become his own man, despite not having his memories. His old political ambitions returned and he successfully ran for mayor. The old Jack was never this successful politically so he may embrace some of the behaviors he has adopted since his return to life. His personal life is another story though.

Days of Our Lives Spoilers: Ciara Furious About Jordan’s Release From Bayview

Days of Our Lives Spoilers – Eve Donovan was the worst influence

Eve Donovan (Kassie de Paiva) encouraged all of Jack’s worst traits to the point where a lot of them seem to be second nature to Jack these days. Getting his memories back may not change the man Jack has become. His whole platform to be mayor was his stance on immigration which almost got Hayley Chen (Thia Megia) deported. It will be interesting to see if the old Jack’s memories causes him to feel some remorse for his actions.

JJ and Abigail (Kate Mansi) will most likely immediately get their bond back with their father. Jack loves his children and that bond will more than likely almost immediately return to what it once was. This should please them both as they will finally have their father back in both body and mind. But Jennifer is another story.

But will they reunite? Jack and Jennifer always find their way back to each other. Jack’s return to his old self may take time (even though the rumored one year time jump may have that happen off screen) but Jack and Jennifer should enjoy some long deserved happiness in the near future.

Whatever happens in Salem, Days of our Lives spoilers tease that exciting things are happening daily on the soap, airing weekdays on NBC!