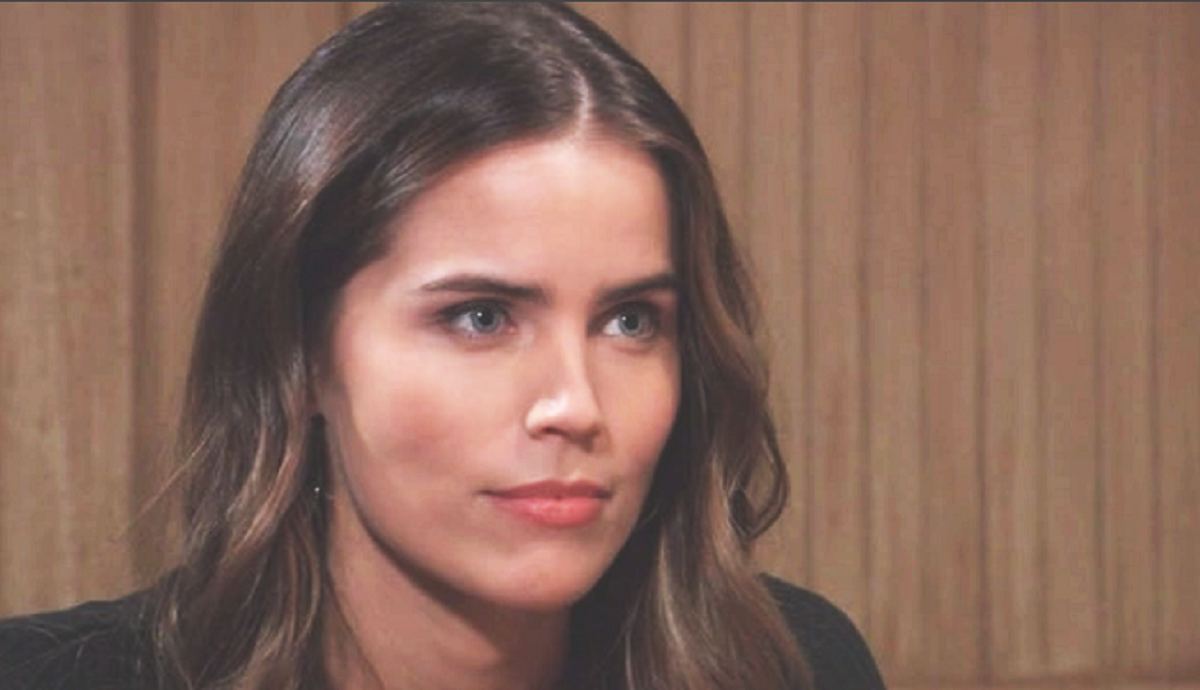 General Hospital (GH) spoilers tease that the Sasha (Sofia Mattsson) secret is about to come out!  She revealed to Michael (Chad Duell) that she isn’t really Nina’s (Cynthia Watros) biological daughter and that is was a ruse masterminded by Valentine (John Patrick Stuart)!

Michael was understandably upset at first but after a bit of soul searching, he seemed to come around.  He can’t condone what Sasha is doing, but he seems to understand how everything happened.

Michael absolutely thinks Sasha should tell Nina the truth but maybe now isn’t the right time.  But as Nina’s wedding to Valentine quickly approaches, Sasha’s guilt may get the better of her sooner rather than later.  There is no doubt that Sasha loves Nina and doesn’t want to hurt her.

Sasha may feel pressure and just leave town rather than have to deal with living this lie any longer.  She might even leave a letter revealing the truth to be delivered to Nina! It would be extremely hard for her to leave Michael, and probably even harder to desert Nina, but at least she wouldn’t have to watch Nina fall apart.

General Hospital Spoilers: Peter August Struggling In The Deep End, Doesn’t Want To Go Back To The Past https://t.co/HaGnsM2VxF pic.twitter.com/yhSbuZ4IoH

Another possibility is that Sasha will accept Lucy’s (Lynn Herring) offer to be the new face of Deception. It would be an ironic turn of events since Sasha’s entire life in Port Charles is built on that very thing.

With a high profile modeling job, it wouldn’t be a stretch for her to have to travel on some kind of tour to promote the fragrance!  That way she could just leave and let Nina go on without ever finding out the big secret?

General Hospital Spoilers – Valentin Cassadine Could Send Her Away

Yet another possibility is Valentine could worry that Sasha will crack under the pressure and take steps to make sure Sasha stays quiet.  He could threaten to harm Michael although it’s doubtful he would actually go through with it and face Sonny’s wrath.  But Sasha may not want to take that chance.  It’s doubtful he would harm Sasha physically as well, since it would destroy Nina.  But he could abduct her, making it look like she just left town.

If the secret does come out one way or another, there would no reason for Sasha to stick around.  She would want to spare Nina having to run into her and be reminded every day of the pain the whole situation has caused.  Michael might even offer to go with her!

But whatever happens, it would be easier for almost everyone if Sasha was gone so everyone could get on with their lives.  Nina’s set up for a huge crisis and although we haven’t seen that side of her lately, General Hospital viewers will remember that Nina can be very dangerous when someone crosses her, just ask Ava (Maura West)!

What do you think? Stay tuned to General Hospital and keep checking GH spoilers frequently for all the latest news, updates and developments!