General Hospital Spoilers: Brad Apologizes — Can He Redeem Himself For Helping Nelle? 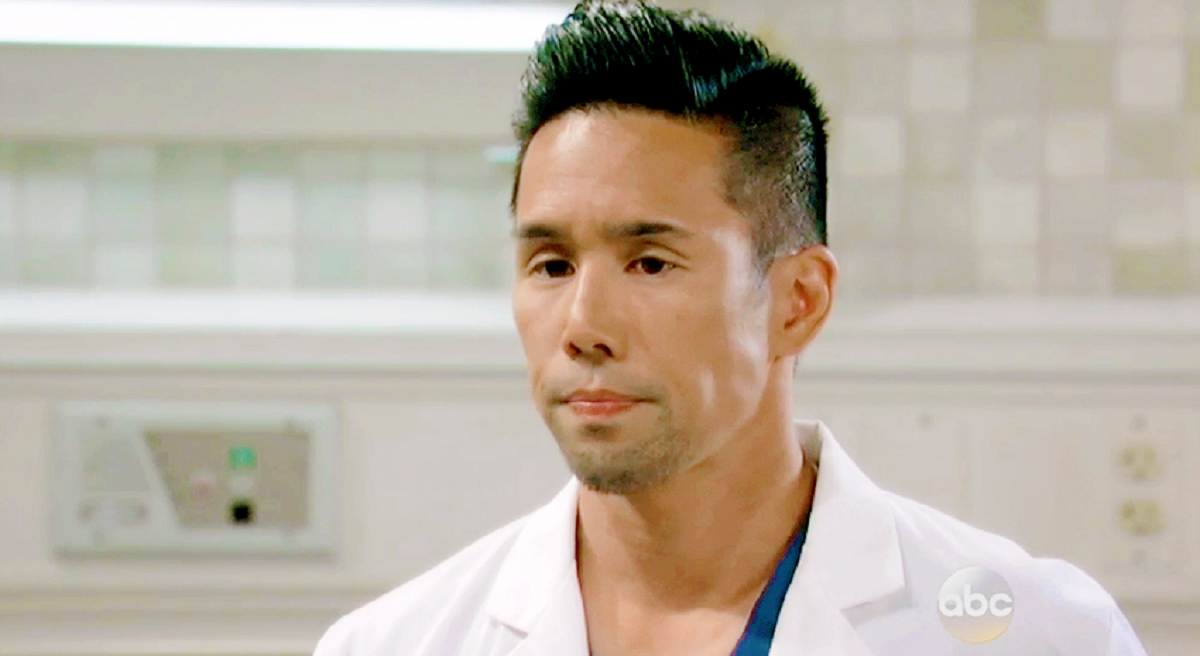 General Hospital (GH) spoilers tease that Brad Cooper (Parry Shen) will soon apologize for his misdeeds – but to whom and about what?

General Hospital viewers know that Brad has a lot of misdeeds to apologize for, and to a lot of people. In recent episodes, he even tried to get Julian Jerome (William DeVry) to kill Liesl Obrecht (Kathleen Gati) for him. But it doesn’t appear that Julian went through with that request, knowing that it would be five steps backward for him and cause a lot of problems.

It’s bad enough that Julian has found himself Brad’s accomplice in what potentially could be considered a kidnapping. Since Brad knew better than to take Nelle Benson (Chloe Lanier) and Michael Corinthos’ (Chad Duell) live baby, Jonah Corinthos (Erik and Theodore Olson), in exchange for his and his husband Dr. Lucas Jones’ (Ryan Carnes) dead one and keep it as his own!

General Hospital Spoilers – Misdeeds In Connection To The Baby Swap

It’s only a matter of time before the truth comes out, whether it be through Liesl or through Lucas looking at the medical records of Shiloh Archer (Coby Ryan McLaughlin) and “their” baby, Wiley Cooper-Jones. Lucas may try to figure out why Wiley has a minor genetic heart condition passed down through males only from fathers to sons and Shiloh doesn’t.

He may investigate if it could skip a generation but where would he find Henry Archer’s medical records? He could ask his sister, Sam McCall (Kelly Monaco).

Since Henry was one of the old men she married in her con-woman days, she’d have had an interest in knowing if her marks had any conditions that could be fatal. He could also ask Willow Tait (Katelyn MacMullen) if she knew if her late father had anything like that, although passing down through a mother would be something rare for this disorder.

Lucas would certainly turn over those rocks first before suspecting that they have the wrong baby and searching General Hospital’s medical records for men with the same condition as Wiley, which would turn up Michael since Brad didn’t have time to alter all the records he wanted to when Lucas snuck up behind him and almost caught him red-handed that day!

Many lives are affected by Brad’s having kept this baby swap secret for so long. He can’t even blame it all on Nelle unless he continues the lie about taking a baby from a homeless woman. But then Nelle would have had to have given Jonah to that homeless woman, and Liesl delivered him so that won’t fly either – Liesl will spill!

Shiloh will be livid and out for revenge. Sonny Corinthos (Maurice Benard) will be livid and may be out for revenge. Willow’s heart will be broken and Michael won’t be upset with Lucas, but he’ll be very upset with Brad, and will be grieving with Willow but happy for himself. Carly Corinthos (Laura Wright) will be torn between being happy for her son and upset for her brother.