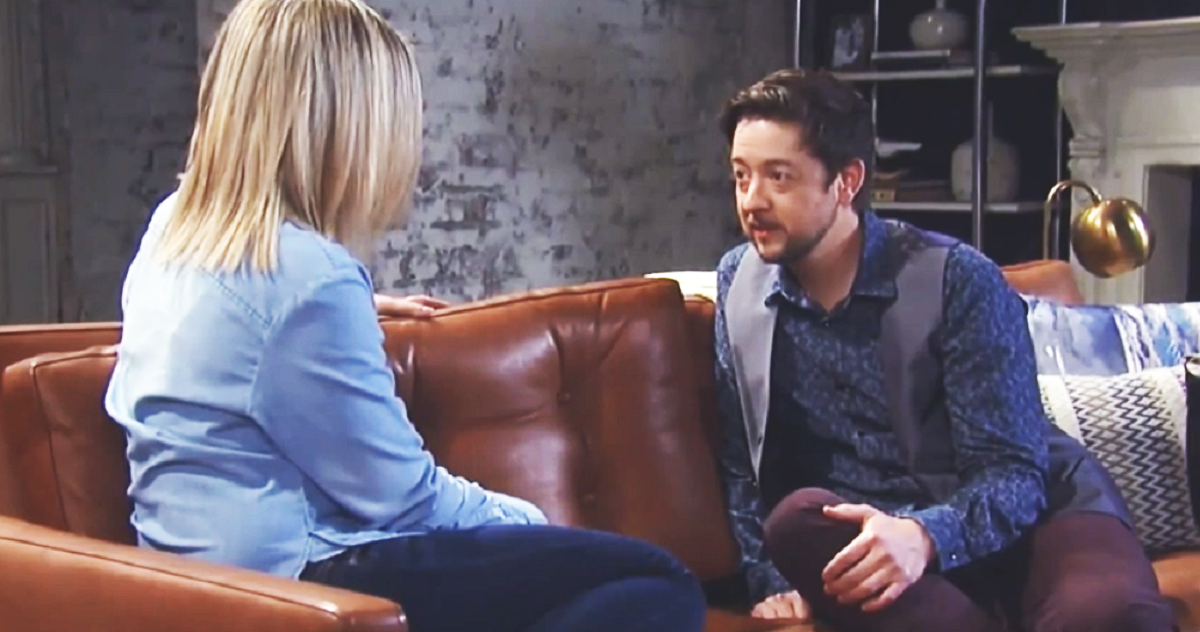 General Hospital (GH) spoilers tease that Maxie Jones (Kirsten Storms) will have a meeting with first baby daddy Damian Spinelli (Bradford Anderson) soon. The question is, why are they meeting? It’s not likely to be about their daughter Georgie Spinelli (Lily Fisher).

Does Maxie need Spin to do some private investigating for her? And if so, of whom or what? Could she be starting to become suspicious of the man who’s been practically her other half for the last several months, Peter August (Wes Ramsey)?

Could she have overheard Peter on the phone in the midst of some questionable conversations with questionable people and be just a teensy bit worried that he’s still channeling Heinrik Faison in spite of how he has seemed to be trying to change himself and his life?

As longtime General Hospital viewers would recall, Spinelli is the perfect person to call for electronic surveillance of any kind. He’s an expert hacker and can put trackers, bugs, cameras, and any kind of electronic gadgets in computers, offices, or telephones and report back what someone has been up to.

Poor Maxie may be torn inside about turning to Spin to check up on her now serious boyfriend, but if she is suspicious enough, she will not be able to let her suspicions go until she’s satisfied there is nothing to be suspicious about! Unfortunately, in Peter’s case, she is right on target as of late!

Peter has been working with Shiloh Archer (Coby Ryan McLaughlin) and Peter is the one, through contacts probably with the DVX, who set up the plane crash in the Gulf Of Aden that is responsible for Drew Cain’s (Billy Miller) disappearance and presumed death.

He’s also responsible for the stabbing and attempted murder of Dr. Andre Maddox (Anthony Montgomery). This was because Shiloh knew Peter was directly involved in the first kidnappings of both Drew and his twin, Jason Morgan (Steve Burton) and responsible for Jason being missing and presumed dead for five years while he had him stashed in the Boronsky Clinic in Russia!

Peter was a henchman of Helena Cassadine (Constance Towers) at that time. He told Maxie, and everyone else, that he was a mere pawn of his father, Cesar Faison (Anders Hove) and had intercepted Jason and hid him in the clinic to save his life. But as revealed during Peter’s nightmare during a recent episode, he really saved Jason’s life so Jason could kill his father for him.

Spinelli’s not a secret agent and he can’t check into anything that happened back then, but he certainly can find out who Peter has been contacting and what has been said between Peter and his contacts, and possibly even Peter and Shiloh. He can also check Peter’s email and contacts to see if any cyber communications have been made, and report his findings back to Maxie.

Time will tell if Peter is the subject of Maxie and Spinelli’s meeting and if it will lead to the end of “Paxie”! Stay tuned to General Hospital and keep checking GH spoilers frequently for all the latest news, updates and developments!