The Young And The Restless Spoilers: Nick’s Fight With Adam Hypocritical – Both Sons Contributed To Victor’s ‘Death’? 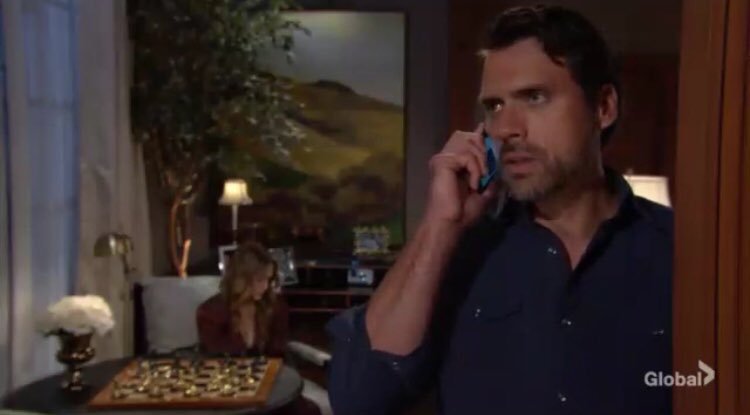 Nick Newman (Joshua Morrow) presents himself as a moral superior on The Young and the Restless. He believes that despite the disrespect he’s often shown to their father, Victor Newman (Eric Braeden), that Adam Newman (Mark Grossman) is the infinitely inferior son.

Adam has often stated that Nick is the entitled one. He grew up with Victor in his life, whereas Braeden’s character left the farm in Kansas when Adam was a boy, denying him the presence of his real father.

The latest fight Nick is engaged in with Adam ranks with the most vicious. He’s helping Victor to gaslight Adam and seemingly, various other relatives, into believing that the ‘Moustache’ perished due to being over-medicated.

Young And The Restless Spoilers – Christian Newman Used As Proxy

This summer’s blood-letting involved Christian Newman (Alex Wilson) being used as a proxy by both brothers. Nick defended the boy he’s raised for years and considers as his own while Adam was attempting to obtain custody of him.

The legal battle that was waged basically was a front for the historical feelings both Newman men have for each other. Victor sided with Nick on the matter, which was his own way of apologizing to Nick for taking control of Christian in the past.

Adam’s return to town and subsequent attempt to reclaim his life included wanting to establish a relationship with the biological son he had with the departed Sage Newman (Kelly Sullivan). The earlier choice that was made to allow Nick to believe Christian was his own child was eventually followed by Adam admitting it was best for the boy to stay with the man he thought of as his father.

Adam never anticipated Chelsea Boudreau (Melissa Claire Egan), her name at the time, to be opposed to him. But that’s exactly how Chelsea responded after it was revealed that Adam never died.

She justified her decision by telling Adam that he wasn’t the man he used to be. That was a partial wink at devoted fans who knew that Egan played opposite Justin Hartley (Adam) during the mid part of this decade.

Chelsea’s return to Nick stuck an extra stick in Adam’s eye. She went back to the one man Adam loathed more than anyone, except for Victor.

The Young and the Restless Spoilers: How Will Victor Let Adam Know He’s Not Dead? https://t.co/K8zSF9DNB3 pic.twitter.com/l2h8aPap81

Young And The Restless Spoilers – Gaslighting Reveal Opens Another Front

Viewers are anticipating Adam’s response to Victor’s actions when it’s revealed that he’s been faking his death. Along with that will be the surely strong response that Adam will deliver to Nick.

Further deepening Adam’s belief that Nick is the favored son, Victor will reveal which of his boys he trusts the most. However, the lesson Victor is trying to teach Adam may also sink in as well.

Regardless of the above, Adam will not be in a philosophical mood when he realizes the lengths Nick went to in order to demean him during the time of Victor’s assumed death. This brother battle isn’t likely to end anytime soon as a result.