Days Of Our Lives Spoilers: Chad & Abby in Paris Chapter 2 – New Characters And A Salemite Appears 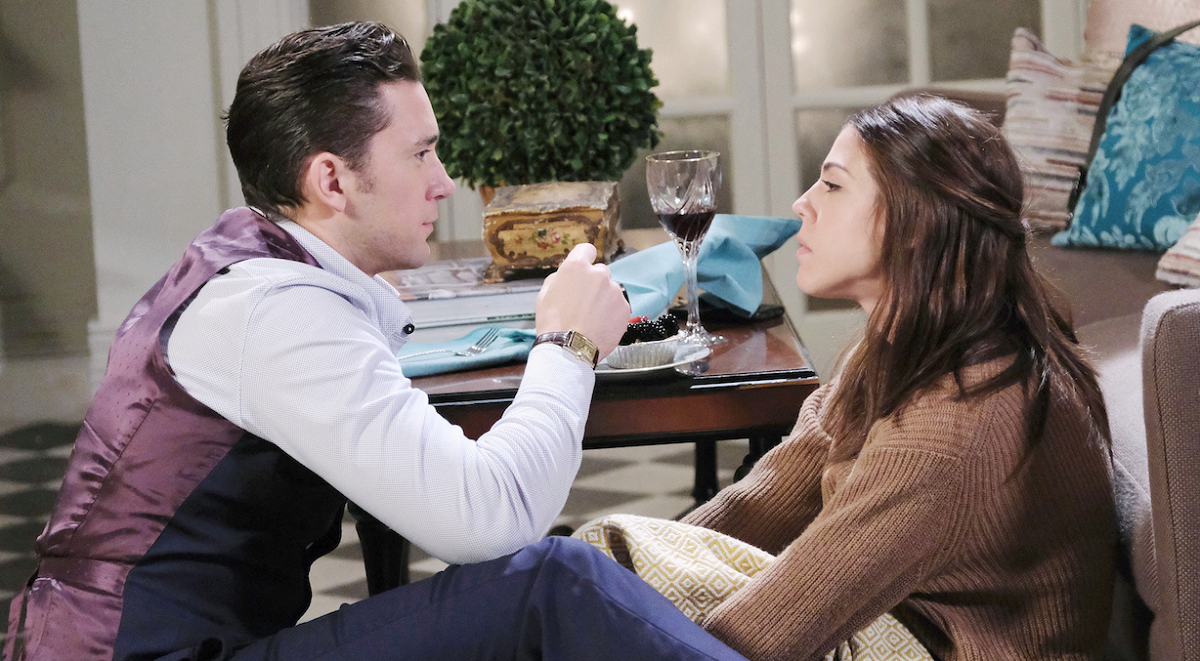 Days of Our Lives (DOOL) spoilers tease that Chad & Abby in Paris Chapter 2 will include another Salemite coming to stir things up for the couple. In addition, there will also be two new faces on the web series. Find out what is known so far and possible storylines for the Days of Our Lives digital companion series.

On the last episode, Chad DiMera (Billy Flynn) and Abigail Deveraux DiMera (Kate Mansi) got a surprise knock at the door. This time, it wasn’t Austin Reed (Austin Peck). It was a surprise guest, but fans didn’t get to see who it was. Judging by the look on their faces, though, could this be another resurrected Salemite? It appears it might be.

Chad & Abby in Paris Chapter 2 will have two new characters, according to Soap Opera Digest. Sylvie (Shawna Della-Ricca) does not have a last name or character description yet. However, we are guessing she might be another employee at Chad’s work.

Days Of Our Lives Spoilers –  Could It Lead To Chad DiMera’s Salem Return?

The second new character we know a little more about, but not much. Mr. Shin’s (Michael Hagiwara) son, Li Shin will be portrayed by Remington Hoffman.

It seems that the only reason Li would come to Paris is to discuss business with Chad. In fact, given recent events with Kristen DiMera (Stacy Haiduk), Gabi Hernandez DiMera (Camila Banus) and Kate Roberts  (Lauren Koslow), Chad might be asked to come back to Salem to run the company.

With the news that “Chabby” returns to Days of Our Lives, this possible storyline would make sense. It would also complete the bridge from Paris to Salem.

Chad & Abby in Paris Chapter 2 will have eight episodes. The new chapter begins on Thursday, September 19 and new episodes will air weekly after that.

The longest episode that has run so far is just over 10 minutes, so they are quick, concise and to the point. Although the recommended way to watch it is on the official DOOL app, fans can also go to NBC’s official website to see the episodes.