Emmerdale Spoilers: Will Moira Humiliate Will By Revealing His Drug Dealing Past? 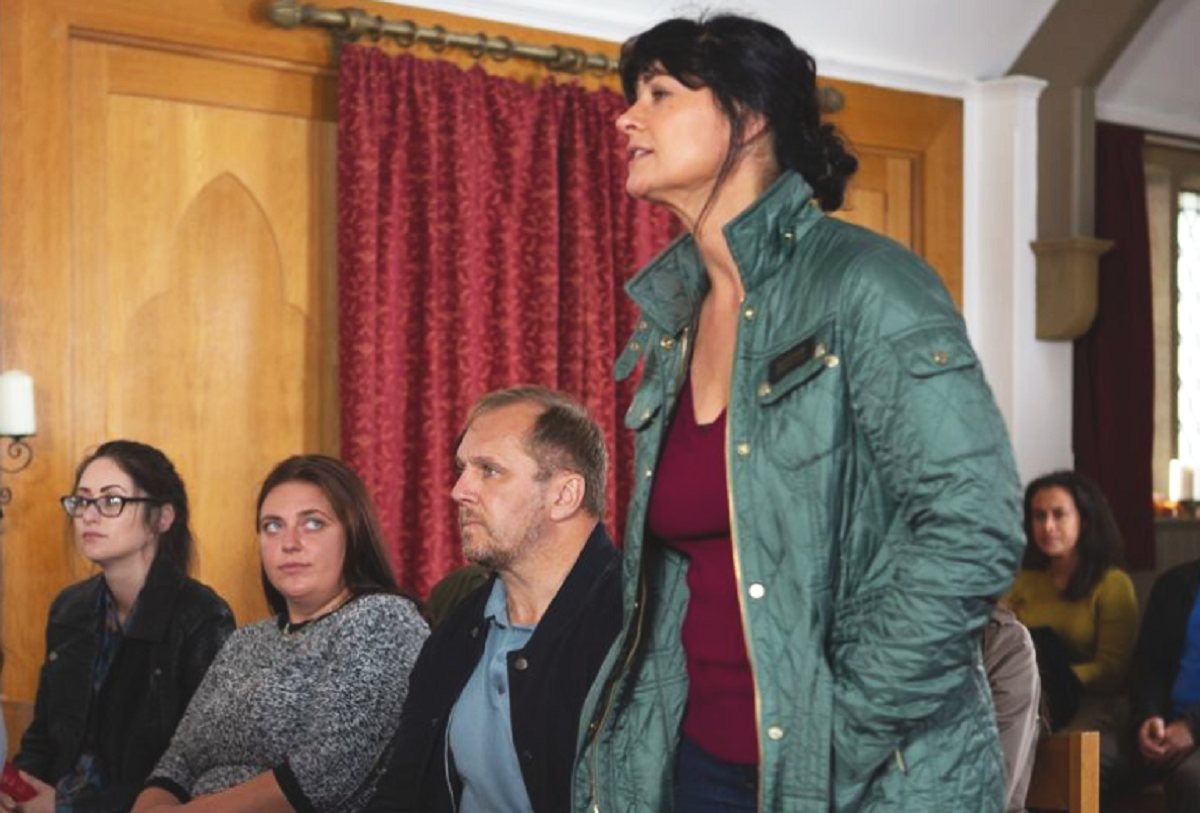 Next week on Emmerdale, Moira Dingle (Natalie J Robb) will expose Will Taylor’s (Dean Andrews) past as a drug trafficker and consequently, out his relationship with Harriet Finch (Katherine Dow Blyton).

She won’t be able to contain her fury when she realizes Will may have been the one who sold drugs to Matty. She drops the bombshell on everyone who attends the Harvest Festival and her action shocks many including Cain Dingle (Jeff Hordley).

When Will Taylor returned to the village, things didn’t go along well with him and Harriet. However, the former lovers rekindled their romance, which made Harriet very happy. However, their happiness may turn out to be short-lived as Moira is going to blow a fuse and out Will and Harriet’s secret.

In episodes set to air next week, Moira will spend time with Nate Robinson (Jurrell Carter) in the caravan. However, they run into a problem when Matty Barton (Ash Palmisciano) and Ryan Stocks (James Moore) almost walks in on them. Fortunately, they weren’t able to get in the caravan, so they both stayed outside and shared a spliff.

Moira panics and tries to find a way to get out. Fortunately, she finds a window of opportunity and manages to escape. As she tries to get away, she spots a lumbering Matty.

Meanwhile, as Holly’s death anniversary draws near, Moira gets her much-needed support from Harriet. But things will change when she finds out about the vicar’s relationship with Will. Moira becomes angrier when she learns that Cain knows about the pair’s relationship and history.

Knowing Will’s reputation for dealing drugs in the past, Moira incorrectly assumes that he was the one who sold Matty the weed. Cain tries to reason it out with her to no avail.

TONIGHT: Mandy and Vinny struggle to keep the money a secret… #Emmerdale pic.twitter.com/pOjDUm1FxB

She attends the Harvest Festival and interrupts the event by telling everyone about Will’s past and his ongoing relationship with the vicar. The revelation shocks the whole congregation and upsets Harriet specifically as Moira throws insults across her way.

Cain is shocked by Moira’s words and actions. Will he find a way to calm Moira down and stop her from causing more trouble? Could this be the end of Moira and Harriet’s friendship?