General Hospital Spoilers: Hayden And Curtis Cross Paths -Will Curtis Get The Truth Out Of Her? 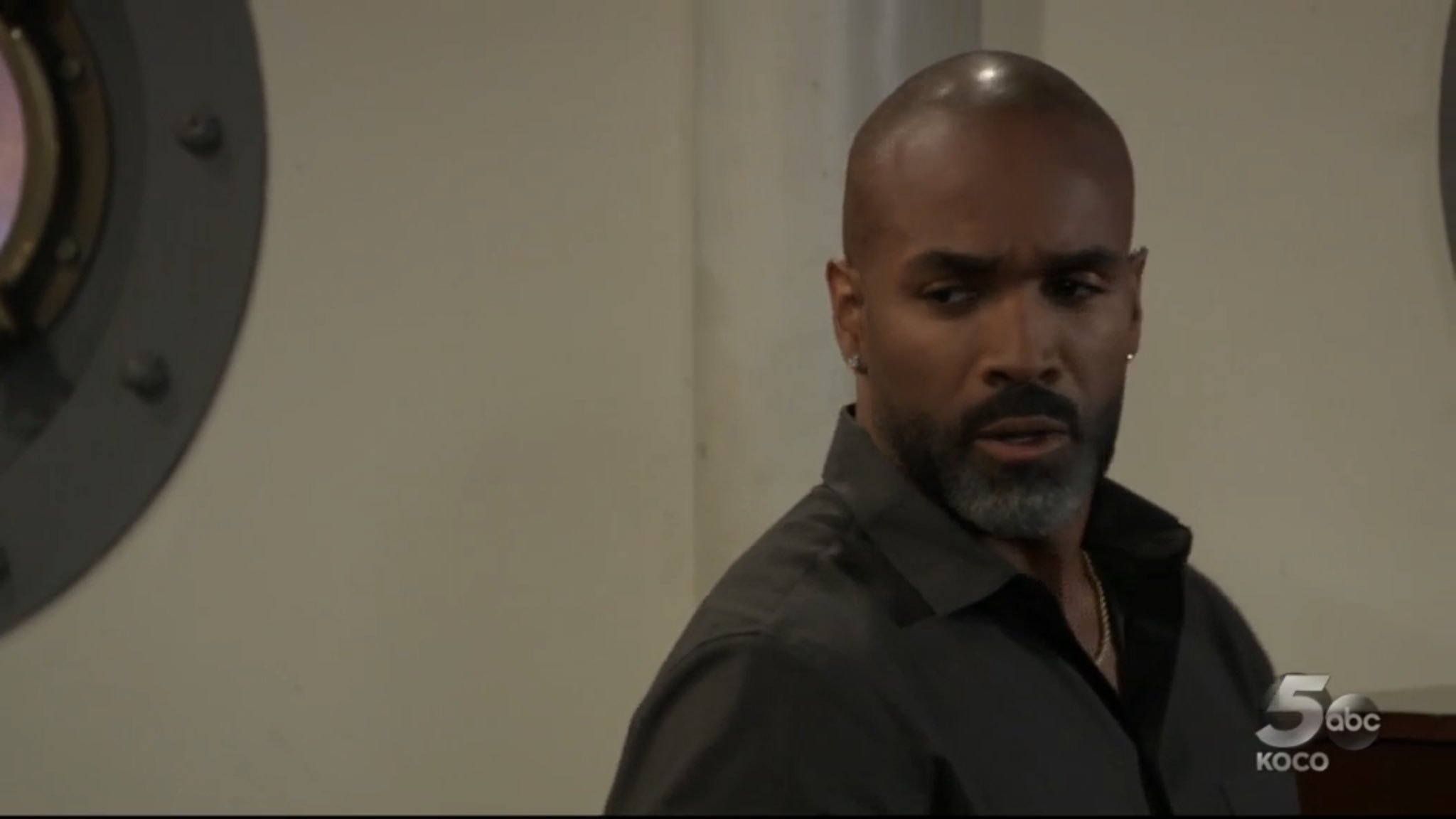 General Hospital spoilers tease that Hayden Barnes (Rebecca Budig) and Curtis Ashford (Donnell Turner) will cross paths; will he get the truth out of her about Baby Girl Finn?

General Hospital viewers will recall that Curtis and Hayden are good friends. That’s one of the reasons why she sent her ex-fiance Dr. Hamilton Finn (Michael Easton) the letter asking her to meet him in France. But it was a dollar short and a day late, considering by then he’d already moved on with Anna Devane (Finola Hughes). Curtis was also the one who tracked Hayden down for Finn, but only finding a note she left for Finn where she lied about having miscarried their baby.

GH Spoilers – Will Curtis Ashford Overhear Hayden Barnes On The Phone To Her Daughter?

Viewers will also recall that in more recent episodes, Hayden has called her little girl and even had a piece of artwork from her that she had in her possession that she lied that her nephew Aiden Webber (Jason David) had made for her. Presumably, the artwork was mailed from Paris, France, where Hayden had been living prior to coming back to Port Charles to work with Jasper Jacks (Ingo Rademacher) as Aurora Media’s Chief Financial Officer. Will he come across her path soon and overhear her on a call with her toddler, who we know is a girl, and ask her some hard questions about her?

Curtis knew that she was pregnant with Finn’s baby when she left him stranded at the altar and hightailed it out of town; if he were to overhear her on a call to her, he would easily put two and two together and figure out that she lied about the miscarriage, and he will want to know why! After all, he is Finn’s friend too, and her not telling him about a child he assumes was his is just not right! Baby Girl Finn would be around two or three years old now, just the right age to make finger paintings for Mommy! Curtis would not be able to imagine that this is not the child she wrote Finn that she had miscarried!

Curtis will definitely have some hard questions for Hayden when he figures out she has a little girl the same age her so-called miscarried pregnancy with Finn would be now. He will first want to know why she left town, and then he will want to know why she lied about the miscarriage, after telling her that he overheard her talking to her. Of course, there is a possibility, however slight, that this is not Baby Girl Finn, but that Hayden could have been pregnant by someone else, and that would have definitely been a reason for her to leave Finn at the altar and run away! Will Curtis get the truth out of her? Time will tell!