General Hospital Spoilers: Will Sasha Be Related To Nina After All? Did Curtis Follow The Wrong Paper Trail? 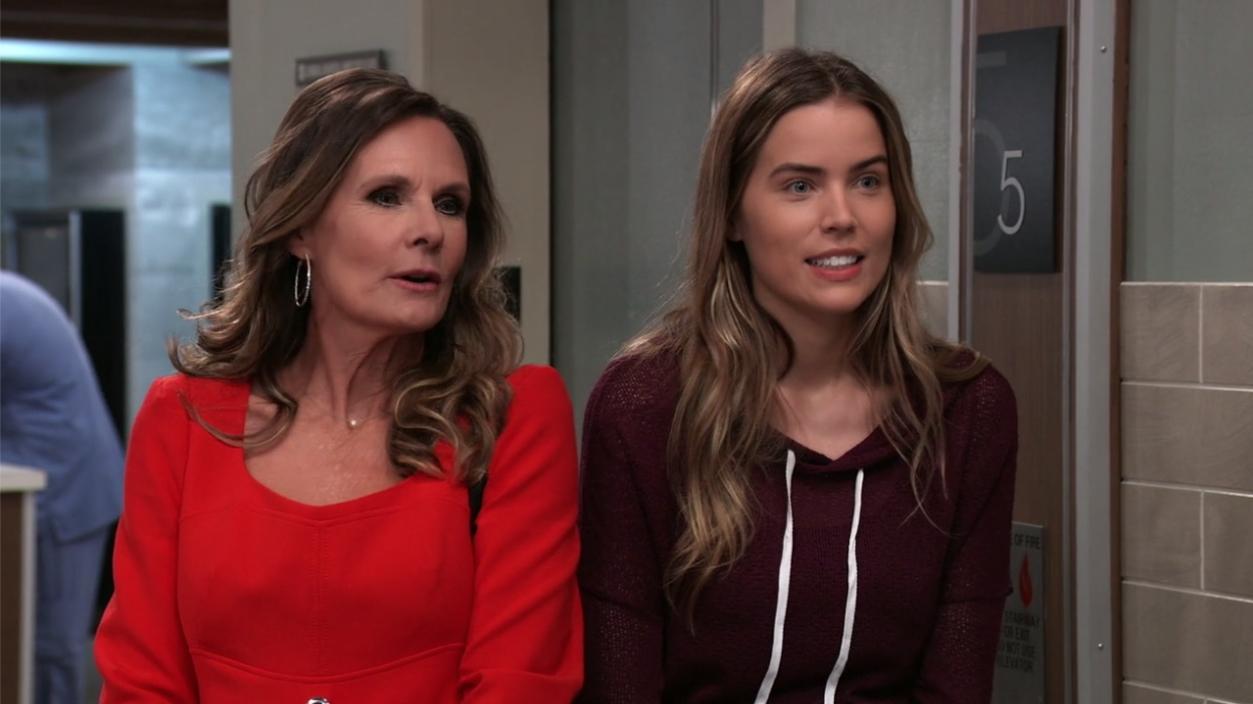 General Hospital spoilers tease that Sasha Gilmore (Sofia Mattsson) may be revealed to be related to Nina Reeves (Michelle Stafford) after all, but just not in the way Nina thinks! It’s possible that Curtis Ashford (Donnell Turner) followed the wrong paper trail to Sasha!

In recent General Hospital episodes, Liesl Obrecht (Kathleen Gati) noted how much Sasha looks like her daughter, Britt Westbourne, (Kelly Thibaud) something fans have noticed since Sasha first appeared on the show! Then Liesl tried to blackmail Brad Cooper (Parry Shen) into fixing Liesl and Britt’s relationship and getting Britt to come back to Port Charles! Now, Britt and Sasha were in Port Charles at the same time the last time Britt was brought back by Anna Devane (Finola Hughes) and got out of prison by luring Liesl back to Port Charles by pretending to be seriously ill! The two had a falling out after that but now Liesl wants Britt back and told Sasha she is almost the spitting image of her – there has to be something going on!

GH Spoilers – Did Nina Reeves Have A Baby Girl Twenty-Something Years Ago?

The question is – did Nina give birth to a baby girl twenty-something years ago? There is no reason to believe that she didn’t – and many fans thought she would turn out to be Kiki Jerome (Hayley Erin) which did make a lot of sense at the time. However, since Kiki was killed off General Hospital writers would have to come up with something else to give Nina a daughter, if it’s not Sasha. Many General Hospital fans believe the real daughter may turn out to be Willow Tait (Katelyn MacMullen)! The fans cite the constant vitriol between Nina and Willow when she was Charlotte Cassadine’s (Scarlett Fernandez) teacher as validation for their theory, but if this is the way GH is going, it has yet to be revealed! However, there is still that paper trail that Curtis followed, rather a money trail, as viewers should recall, that led him to Sasha, independent of Valentin Cassadine’s (James Patrick Stuart) efforts to make Nina’s and Sasha’s DNA match. Valentin assumed that he’d have to make the DNA samples match, but Madeline Westbourne (Donna Mills) may have had a different baby girl than Nina’s that she gave away to the baby broker to place for adoption, but who was born at around the same time!

General Hospital Spoilers – There Are Two Possibilities, One Making More Sense Than The Other

There are two possibilities for whose daughter Sasha is, given the direction GH writers seem to be going with Liesl’s conversations. Age-wise, it may make more sense for Liesl to have had a baby around the same time Nina would have, and to have given her to her sister to raise, but then why would Liesl not suspect Sasha was her daughter when she first saw her, because of the striking resemblance to Britt? It is possible Madeline didn’t want to raise another baby after taking Nathan West (Ryan Paevey) in, but to put her up for a black market adoption without Liesl knowing anything about it seems evil even for Madeline! But what if Britt became pregnant as a very young teenager, say 13-16 years old? We know Britt is in her late 30s at the youngest because of the time it takes to get a medical license, and Sasha is 25 or 26. If Sasha is 26 and Britt gave birth at the tender age of 13 – which is biologically possible – Britt would now be 39. Britt was pining for a baby when she carried “Baby Ben” who turned out to be Rocco Falconeri (O’Neill Monahan) and loved that baby with all her heart, and that makes a lot of sense if she’d had to give a baby away as a young teenager. This would also make sense with Liesl telling Sasha she looks so much like Britt and trying to get her relationship with Britt fixed at the same time!