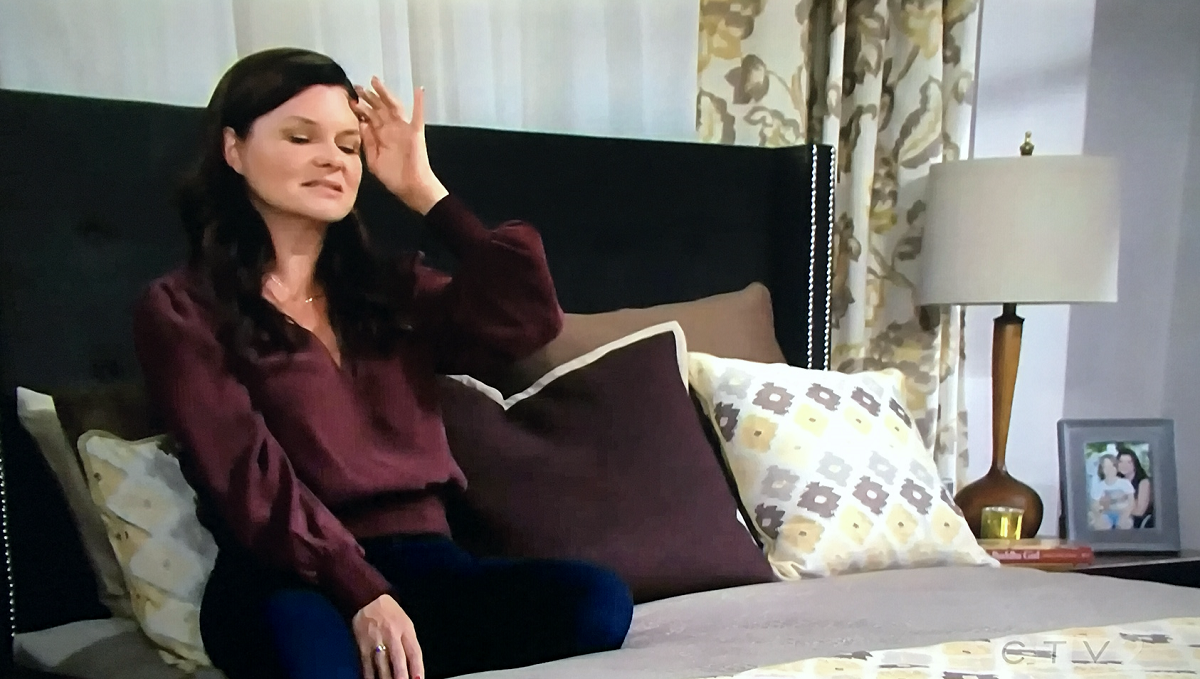 The Bold and the Beautiful (B&B) spoilers for Friday, September 20, tease that Ridge Forrester (Thorsten Kaye) will wind up making a promise that could prove difficult to keep.

As B&B viewers know, he recently spent the night with Shauna Fulton (Denise Richards) in the room above Bikini Bar. Ridge had a huge fight with his wife Brooke Forrester (Katherine Kelly Lang) and he had one too many whiskeys at the bar, so Shauna tended to him and made sure he was safe for the night.

As it turned out, nothing happened between Shauna and Ridge, but Ridge feels incredibly guilty about his evening away from home. He knows that Brooke loathes Shauna, and if she knew that he spent the night with her, there would be hell to pay. So, he decided to keep quiet and not mention to Brooke that he was with Shauna that night.

Bold And The Beautiful Spoilers – Bridge Decide To Compromise On Things

And it looks like Ridge’s guilt might lead him to make a big promise to Brooke, in order to smooth things over with her. “Bridge” made up when he came home, but they still have some big issues to work through, including what’s going to happen with Thomas Forrester (Matthew Atkinson) when he’s released from the hospital. Brooke certainly doesn’t want Thomas anywhere near the mansion or near Douglas Forrester (Henry Joseph Samiri), but Ridge wants Thomas to come home and have the support of his family.

The Bold And The Beautiful Spoilers: Katie’s Frightening Medical Shocker– Will Flo Save Her Aunt’s Life?

It looks like Ridge and Brooke might end up compromising on the issue, but it appears that Ridge will end up making a promise that B&B spoilers say will be difficult for him to keep. Perhaps he will promise to keep tabs on Thomas and supervise any interactions he has with Douglas. Ongoing B&B spoilers indicate that Thomas will have difficulty following the rules where Douglas is concerned, so it looks like that’s where this is going.

Next, on Friday’s new episode of B&B, Katie Logan (Heather Tom) will continue to be feeling under the weather. As B&B viewer know, she stayed home from an outing in the park with Bill Spencer (Don Diamont) and Will Spencer (Finnegan George) because she wasn’t feeling well. She was feeling a little weak and was experiencing some back pain, which is unusual for Katie.

Of course, Katie has certainly had her share of health problems in the past. She has experienced heart problems and even needed a heart transplant a few years ago. B&B viewers will remember that she received her brother Storm Logan’s (William deVry) heart after he committed suicide to be a donor for her. The last thing that Katie needs is more serious health problems, but it seems that she’s heading for a major health crisis.

According to B&B spoilers, Katie’s health will take a serious turn for the worse and she’ll collapse. Bill will be shaken to encounter an unconscious Katie, and he’ll panic as he summons for help. From there, it looks like Katie will be rushed to the hospital, where Dr. Jordan Armstrong (Vincent Irizarry) will oversee her care for the time being.

Thomas sneaks in to see Thomas and Ridge catches him in the act. Will Ridge tell Brooke on #BoldandBeautiful?https://t.co/IuRVaMeuqc

Bill and the rest of Katie’s family will wait and wonder about what could be wrong with her, and ongoing spoilers say that soon it will be revealed that Katie is in total kidney failure and needs a donor kidney in order to survive. And from there, a donor search will begin, while the family waits anxiously for their miracle. Be sure to tune in on Friday to catch up on everything happening on B&B right now. Check Hollywood Hiccups often for updates, news, rumors, and spoilers!