The Young And The Restless Spoilers For Friday, Sept. 20: Murder Evidence Points to Victoria, Adam’s Sneaky Plan – Chance’s Will Shocker 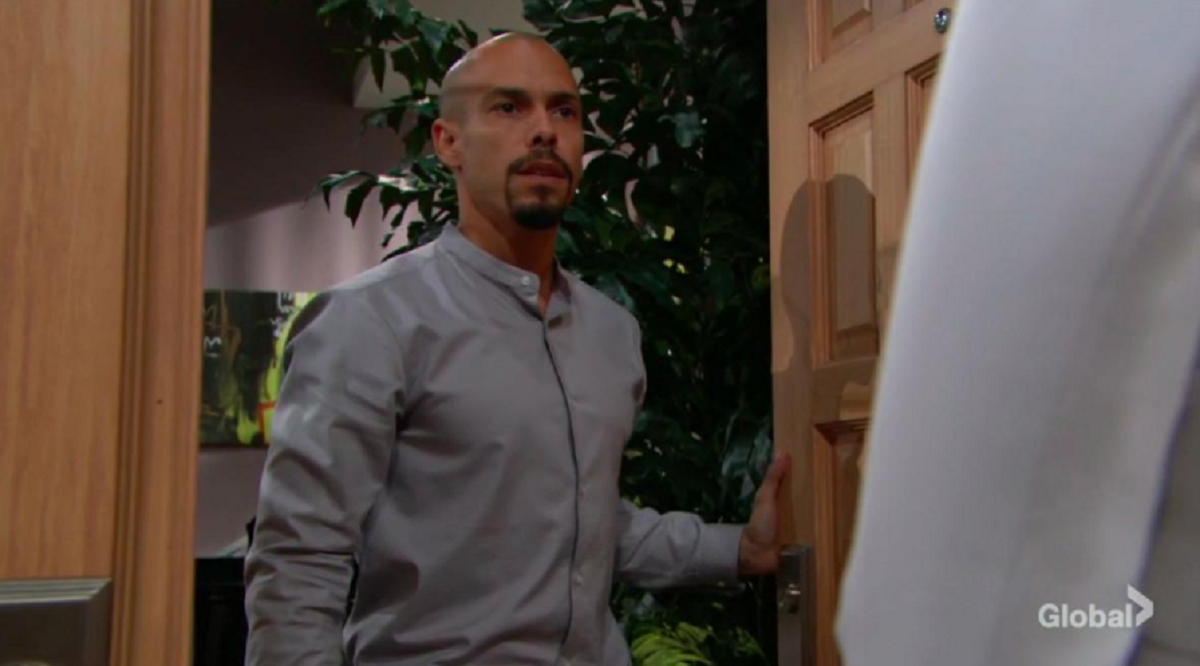 The Young and the Restless (Y&R) spoilers for Friday, September 20, tease that Devon Hamilton (Bryton James) will struggle to believe his eyes. At the penthouse, Devon lets Hilary Hamilton’s (Mishael Morgan) lookalike in and starts pacing. She says her name is Amanda Sinclair and adds that she’s serving as Chance Chancellor’s attorney. It turns out Chance claims there was another draft of Katherine Chancellor’s (Jeanne Cooper) will, which didn’t bequeath the bulk of her wealth to Devon.

Amanda explains that David Sherman made a confession on his deathbed, which Chance got updates on. According to Chance, David claimed that he was paid by Tucker McCall (Stephen Nichols) to change the will. Devon’s obviously hung up on Amanda’s uncanny resemblance to Hilary. He notes that she looks exactly like his late wife and feels it’s no coincidence that she was brought in on this.

Amanda offers sympathy before giving Devon her card. She also lets him know she’s staying at the Grand Phoenix. At Jabot, Kyle Abbott (Michael Mealor) talks to Jack Abbott (Peter Bergman) about the terror and the thrill of being CEO. Jack’s glad to keep Kyle as his right-hand man. They also mull over Victor Newman’s (Eric Braeden) demise, and Jack pushes Kyle to be there for Summer Newman (Hunter King).

In the park, Summer leans on Theo Vanderway (Tyler Johnson) in her time of need. Theo reflects on losing his powerful father to a heart attack. He was 15 at the time and wishes he could tell his dad he was proud to be his son. Summer gets a text from Kyle, so Theo admits he doesn’t think Kyle’s over her.

After Summer makes her way to Jabot, she gets a hug from Kyle along with plenty of support. Kyle makes sure Summer knows she can always turn to him. At the Grand Phoenix, Adam Newman (Mark Grossman) tracks down Chelsea Newman (Melissa Claire Egan) and gets denied a visit with his son. Adam’s frustrated since Nick Newman (Joshua Morrow) is turning Chelsea against him. He feels Nick’s the reason Chelsea doesn’t trust Adam around Connor Newman (Judah Mackey) now.

Adam keeps pushing, but Chelsea stands her ground on the matter. As for Nick, he gets support from Sharon Newman (Sharon Case) when she drops by the house. However, they quickly end up sparring over Adam. Sharon feels Adam’s hurting as well, but Nick blames his brother for Victor’s death. He thinks Adam always sucks Sharon back in, which irks her.

Nick suggests the police will catch Adam and doesn’t want Sharon stuck in the mess. She contends that she’s moved on from Adam, but we’ll see about that! In the meantime, Adam heads home before Phyllis Summers (Michelle Stafford) arrives. She brings up the pill switch along with the plan Adam had to take over Newman Enterprises. Phyllis fishes to see if that scheme’s still underway.

At Crimson Lights, the woman who helped with Adam’s pill swap gets busted. Rey Rosales (Jordi Vilasuso) and Paul Williams (Doug Davidson) want her to talk, but she demands an immunity deal. After they clear it with Michael Baldwin (Christian LeBlanc), the woman sings like a canary. She admits to doubling the dosage and forging the labels, but she tells a crucial lie. Victoria Newman (Amelia Heinle) is who she claims to have worked for.

Paul and Rey arrive at Victoria’s place soon after. She insists the woman’s deceiving them and agrees to a search. Victoria assures them she has nothing to hide and points the finger at Adam. At Newman Enterprises later, Victor’s prescription bottle and Nate Hastings’ (Sean Dominic) tablet are found in Victoria’s desk. Back in the park, Michael gets on the phone with Adam and admits he granted the immunity deal.

At Nick’s place again, Chelsea gives him a shoulder massage as they try to shut out the rest of the world. They declare their love while Jack speaks with Phyllis, who’s at the Grand Phoenix bar. Phyllis confesses she’s not in mourning. She still carries great pain over what Victor did to her as well as “Phack” as a couple.

Jack’s taken aback since he thought Phyllis had moved past that. She talks about suppressing her anger and suggests Victor’s shadow will linger. The Young and the Restless spoilers say some gripping scenes are coming up. We’ll keep you posted as other Y&R news and rumors emerge. Stay tuned to see what’s next in Genoa City.