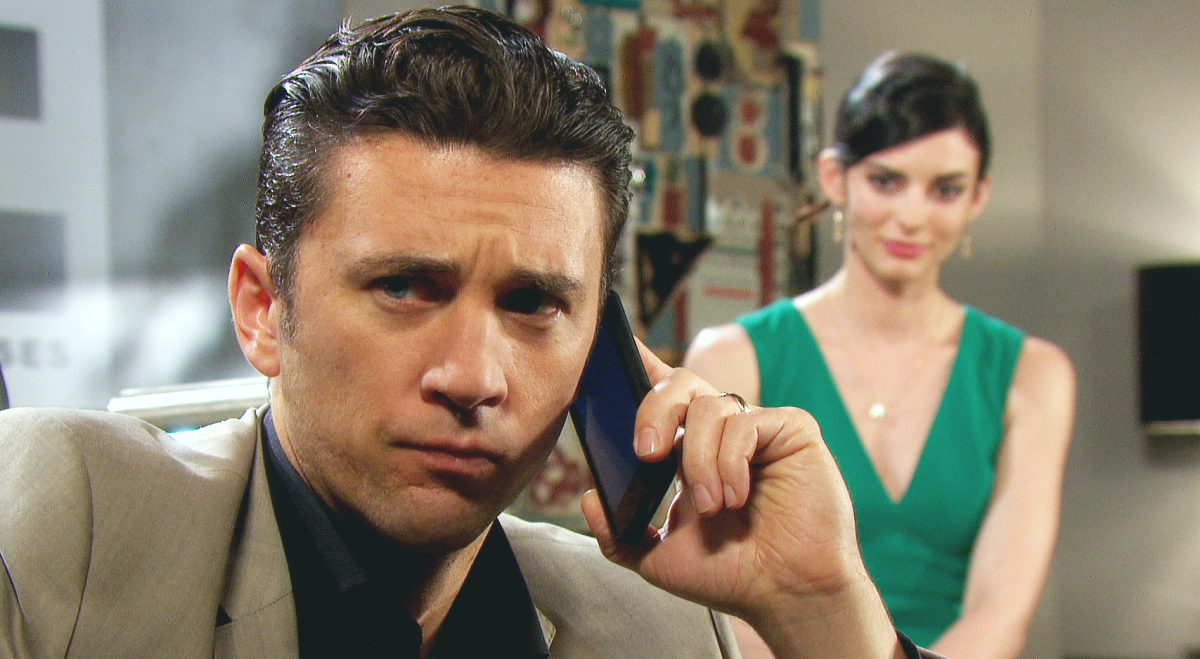 Days of Our Lives (DOOL) spoilers tease that Chad & Abby in Paris is finally back. Chapter 2, episode 1 was posted on the official DOOL app on September 19. The Days of Our Lives digital companion series reveals that Juliette (Rachele Schank) is still obsessed with Chad DiMera (Billy Flynn). Despite Chad saying no to her, she is even more determined to break up “Chabby.”

During the first chapter of the web series, Chad had to resist Juliette’s advances. She even went as far as to get the two a hotel room with only one bed.

Then, she took off her dress and was sure Chad would get intimate with her. However, he resisted and told her to put her dress back on. Then, he immediately went home to his wife, Abigail DiMera (Kate Mansi).

The first episode of chapter 2 reveals what happens after Juliette is rejected. She is on the phone with a mystery accomplice. It seems that both have the goal of splitting up “Chabby.”

The mystery character’s interest in Chad and Abigail is not revealed. However, we do find out that Juliette really wants Chad for herself. Her interest in him is starting to become an obsession.

Chad & Abby in Paris confirms that Abigail has a hidden enemy, but doesn’t realize it. She has no idea that Juliette is after Chad. She doesn’t realize that he returned early from his trip because he was set up to cheat on her. With Juliette being even more determined, just how far will she go? Could she try to harm Abigail in order to eliminate her competition?

Days Of Our Lives Spoilers – Who Else Would Want To Destroy Chabby?

Days of Our Lives spoilers confirm Chad and Abigail return to Salem. However, before that happens, they need to finish their story in Paris. Who would want to destroy the couple beside Juliette?

Is it Kristen DiMera (Stacy Haiduk), who destroys everything she touches? Or is it someone else, perhaps a new character we have not met yet? Fans will have to keep watching to find out what happens next.