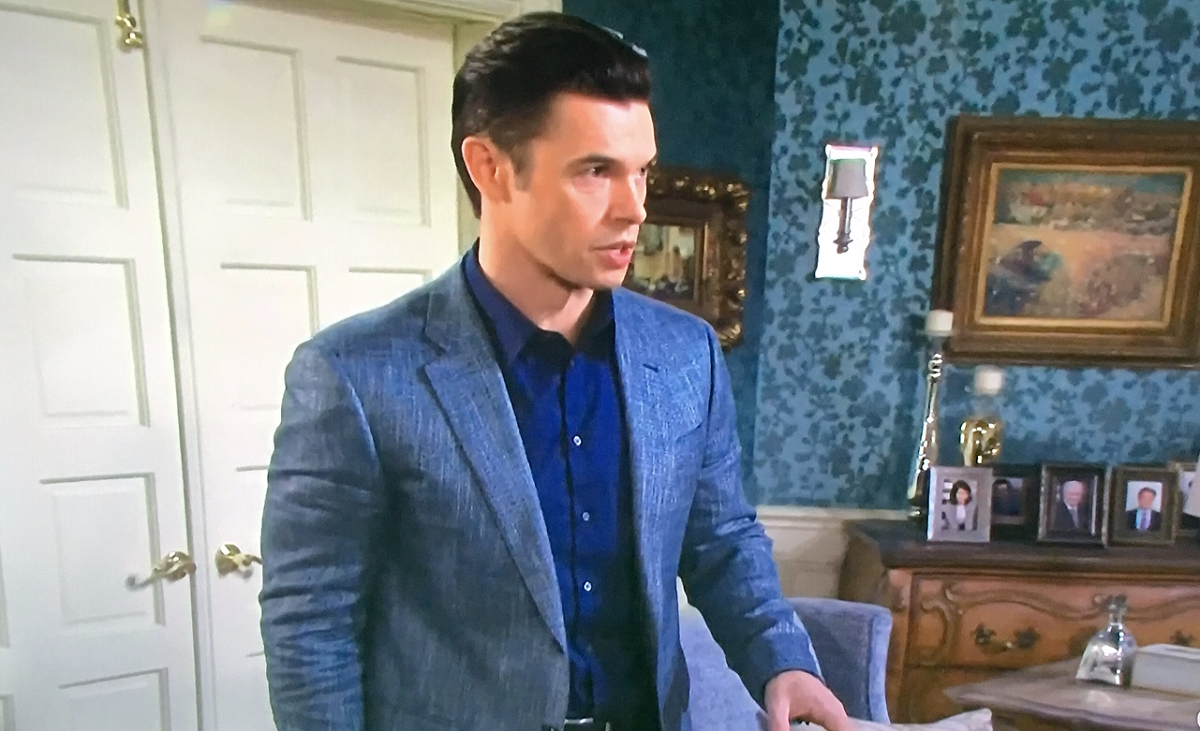 Days of Our Lives (DOOL)  spoilers for Monday, September 23, tease that Will Horton’s (Chandler Massey) eavesdropping will lead to a confrontation. He’s been listening in on Stefan DiMera’s (Brandon Barash) chat with Vivian Alamain (Robin Strasser), so he’ll be even more convinced Vivian shot his grandmother.

When Gabi DiMera (Camila Banus) appears, Will’s going to pummel her with questions about the cover-up. He’ll want Gabi to be honest and tell him if Vivian indeed tried to kill Kate Roberts (Lauren Koslow).

DOOL fans can expect Gabi to be torn on Monday. She won’t want to betray Stefan, but she’ll hate the idea of lying to Will. He’s someone Gabi cares about a great deal, so she’ll get why Will’s such a mess over Kate’s situation.

While Gabi decides what to do, Xander Cook (Paul Telfer) will cover his blunder. Sarah Horton (Linsey Godfrey) just walked in on Xander’s conversation with Kristen DiMera (Stacy Haiduk), so Xander will try to throw his love off the trail.

Days of Our Lives Spoilers: Kristen DiMera’s Sick Obsession with Brady Black – How Far Will She Go To Reunite ‘Bristen’?

Kristen wants to steal Sarah’s embryo, but Xander tried to put his foot down on the matter. He doesn’t want Kristen to target Sarah, but Kristen doesn’t care what her former lackey thinks. In fact, she’ll plan to reinstate Xander as her minion in Monday’s episode. Days of Our Lives spoilers say Kristen will deliver some instructions and try to manipulate Xander into carrying them out.

However, Kristen’s plot won’t work out exactly how she intends. That’s because a lucky break is headed her way. Kristen is already pregnant, so Dr. Wilhelm Rolf (William Utay) will shock her with the news later in the week. In the meantime, Brady Black (Eric Martsolf) will continue to wrestle with his feelings. Part of him loathes Kristen, but another part of him finds Kristen simply irresistible.

As Brady battles his heart’s desires, he’ll confide in Sonny Kiriakis (Freddie Smith). Days spoilers state that Sonny will offer support. He may advise Brady to think about his family and how much they mean to him. Sonny will trust that Brady can stay strong if he focuses on what really matters, but the looming baby drama should be a game-changer.

Days Of Our Lives Spoilers: Jordan Vows To Kill Anyone Who Stands In The Way Of She And David https://t.co/HLRErF9m1K pic.twitter.com/JDjotRWEzd

It sounds like another gripping episode’s coming up. We’ll give you updates as other Days news and rumors emerge. Stick with DOOL and don’t forget to check back often for the latest Days of Our Lives (DOOL)  spoilers, rumors, updates and news.