Days of Our Lives Spoilers: Kristen DiMera’s Sick Obsession with Brady Black – How Far Will She Go To Reunite ‘Bristen’? 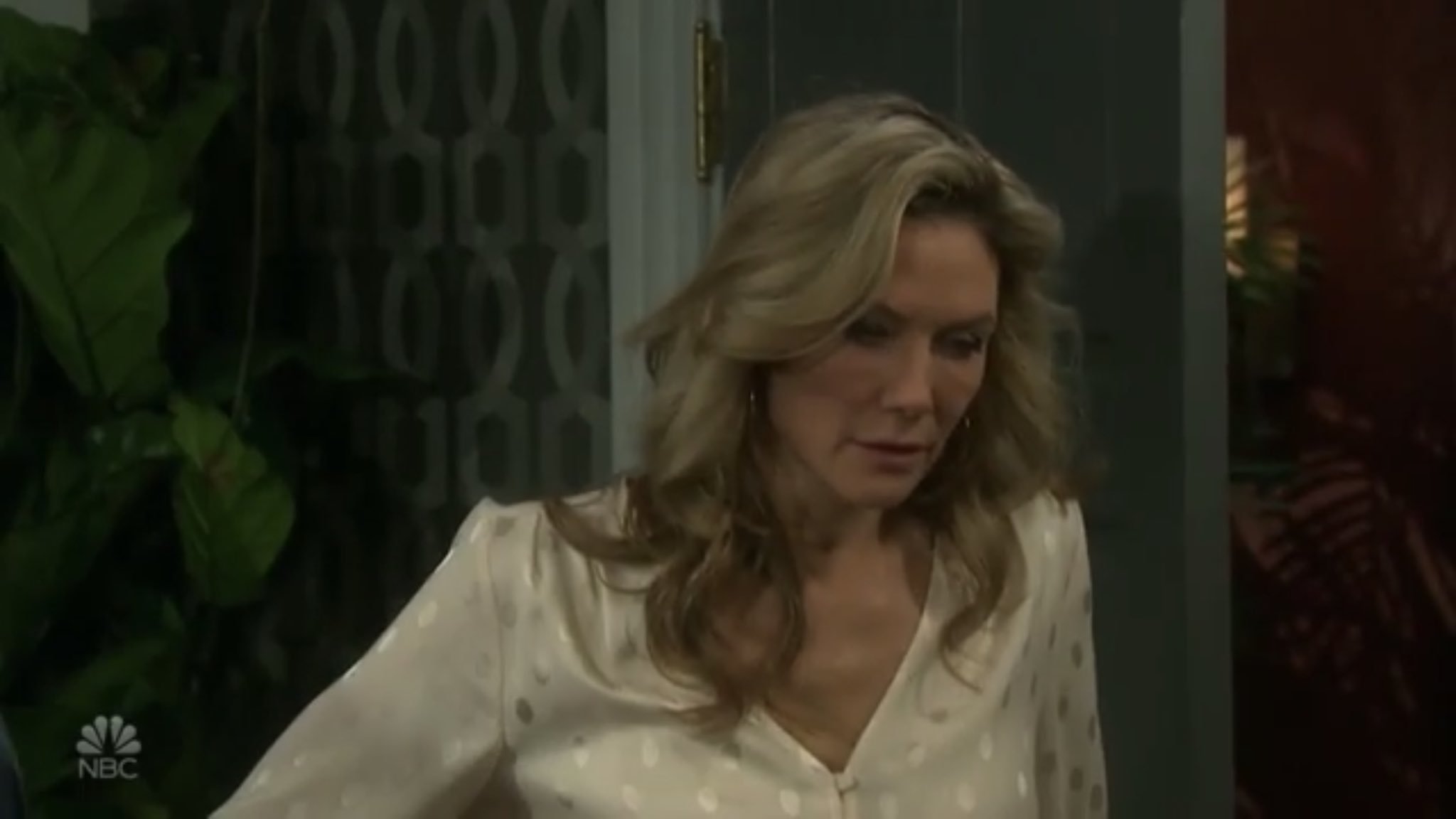 Days of Our Lives spoilers reveal Kristen DiMera (Stacy Haiduk) claims to love Brady Black (Eric Martsolf). However, it is really a sick obsession. How far will she go and who else will get caught in the crossfire? Here’s what you need to know.

Days of Our Lives Spoilers – Kristen DiMera Continues to Scheme

If you thought Kristen’s scheming was over with, think again. She has no remorse for the things she did. In fact, she justifies wearing the Nicole Walker (Arianne Zucker) by saying she did it all for Brady. She also doesn’t feel bad about letting everyone think little Holly was dead. She claims she would never hurt a child so “her hands are clean.” Of course, fans know that a child doesn’t have to be injured physically to be harmed. There is emotional trauma, as well as the shock of being ripped away from her loved ones.

Days of Our Lives spoilers reveal Kristen is up to no good again. As usual she enlists the assistance of Dr. Rolf (William Utay).

Days of Our Lives Spoilers: Brady Confesses to Sonny, Reveals His Love/Hate Relationship with Kristen DiMera

When Kristen asks for Dr. Rolf’s help, he will agree. It isn’t necessarily because he wants to but he has a certain loyalty to the DiMera family. Plus, he knows exactly what Kristen is capable of and receives a pretty nice paycheck for all of his hard work.

DOOL spoilers indicate the mad scientist will be asked to do an “unusual procedure.” This is all connected to Kristen getting back her long-time obsession, Brady Black.

Days of Our Lives Spoilers – Is it Love, Lust or an Obsession?

Even though Kristen claims she has a deep love for Brady, her actions prove otherwise. He is her obsession and considers Brady to be “end game.” He is a goal to be accomplished and because she is so determined, she will never stop pursuing him.

Days of Our Lives Spoilers: Ben Asks Marlena for Help, Doesn’t Believe Jordan is Sane, But Will Anyone Believe Him? https://t.co/DLV6durspd pic.twitter.com/MqCRPXReDu

DOOL Spoilers – How Far Will the She-Devil Go?

It is clear that Kristen will do anything to get Brady, no matter how immoral it is. In the past, she has tried to murder Dr. Marlena Evans (Deidre Hall), stole Theresa Donovan’s (Jen Lilley) embryo and put it in her own stomach and held people hostage. Of course, fans all know her most recent stunt, wearing an elaborate and high-tech Nicole mask. Then, she seduced Brady while in disguise.

The latest Days of Our Lives spoilers suggest Kristen will try to steal Sarah Horton’s (Linsey Godfrey) unborn child. There is speculation that her scheme could work, and that is how she ends up in Brady’s arms after the time jump. However, all secrets eventually get exposed in Salem and this is no different.