Emmerdale Spoilers: Harriet Won’t Give Up Her Romance With Will — Can They Make It Work? 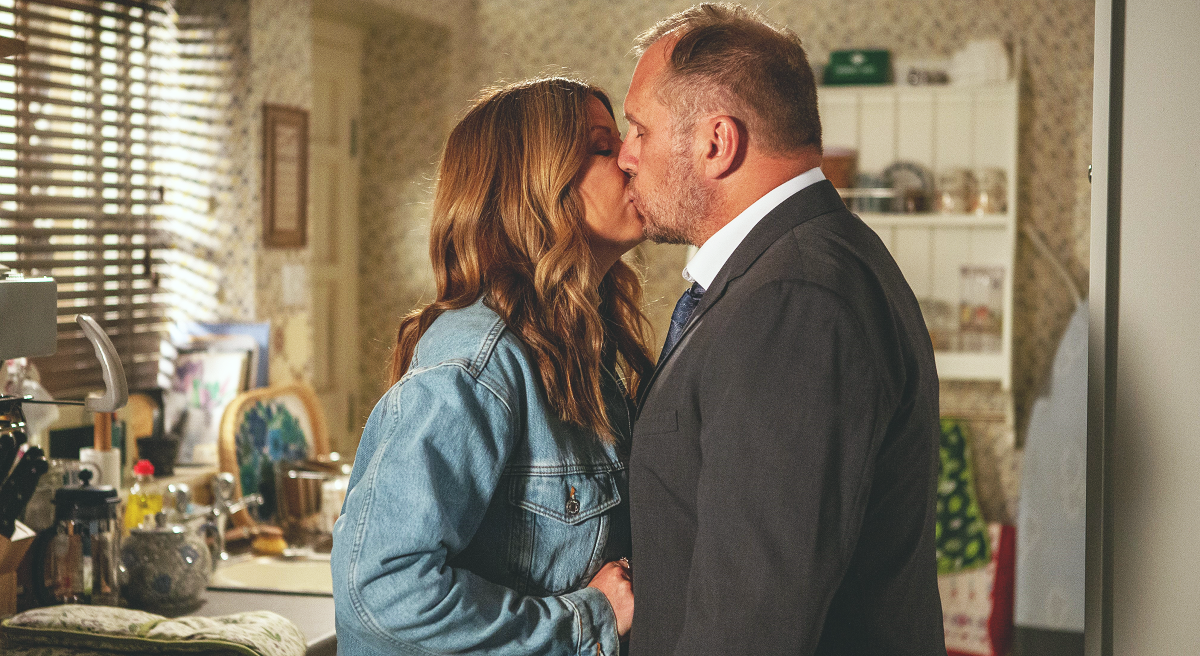 Emmerdale star Katherine Dow Blyton hinted that her character Harriet Finch will not give up her relationship with Will Taylor (Dean Andrews).

She won’t back down, even after Moira Dingle (Natalie J. Robb) told everyone about Will’s past as a drug trafficker because she believed that he sold the weed to Matty Barton (Ash Palmisciano).

“Harriet is still very nervous about everybody finding out about Will. Harriet doesn’t tell her, but Moira finds out indirectly,” actress Dow Blyton said.

Dow Blyton added that Bob Hope (Tony Audenshaw) has started to become suspicious, after finding the flowers that Will left. He knows that there’s somebody but just wasn’t aware that it was Will. He eventually puts two and two together and realizes that it’s Will.

Another person discovers her little secret. Dan Spencer (Liam Fox) found her crucifix at the back of the van after spending some time there with Will. More and more people are discovering the truth and it won’t be long before all of the villagers find out about her relationship with Will. Things come to a head when Moira finds out that Cain Dingle (Jeff Hordley) knew about Will and Harriet’s romantic past.

“Cain’s not happy about [the rekindling] because of Will stalking Harriet and trying to squish her with a coffin,” Dow Blyton explained.

However, Harriet defended Will. She said Cain or anyone else has no right to judge. She knows Will has committed mistakes, but he’s already paid for it. Now, all she can hope for is for Will to get rid of his demons.

Emmerdale Spoilers – Everything Blows Up At The Upcoming Harvest Festival

Tension and anxiety are on the rise and everything just blows up at the upcoming festival. “Harriet is in full swing, thanking everyone for their generosity,” Dow Blyton said. “The harvest festival is taking place around the time of Holly’s death – Moira’s daughter who died of a heroin overdose.”

Moira will Harriet’s full support, which she’ll badly need at this point. However, she gets enraged with her recent assumptions about Matty’s dealer and Harriet as well as Will’s romance. “Harriet is mortified,” Dow Blyton said. “She says this isn’t the right time and she can explain. Will is there but he leaves, as do the rest of the parishioners.”

Dow Blyton also hinted that Moira’s actions could put Harriet’s position in the parish at risk. Harriet knows the public will judge her but all she and Will can do is take a stand. As always, more detailed Spoilers and Breaking news will appear here on Hollywood Hiccups!