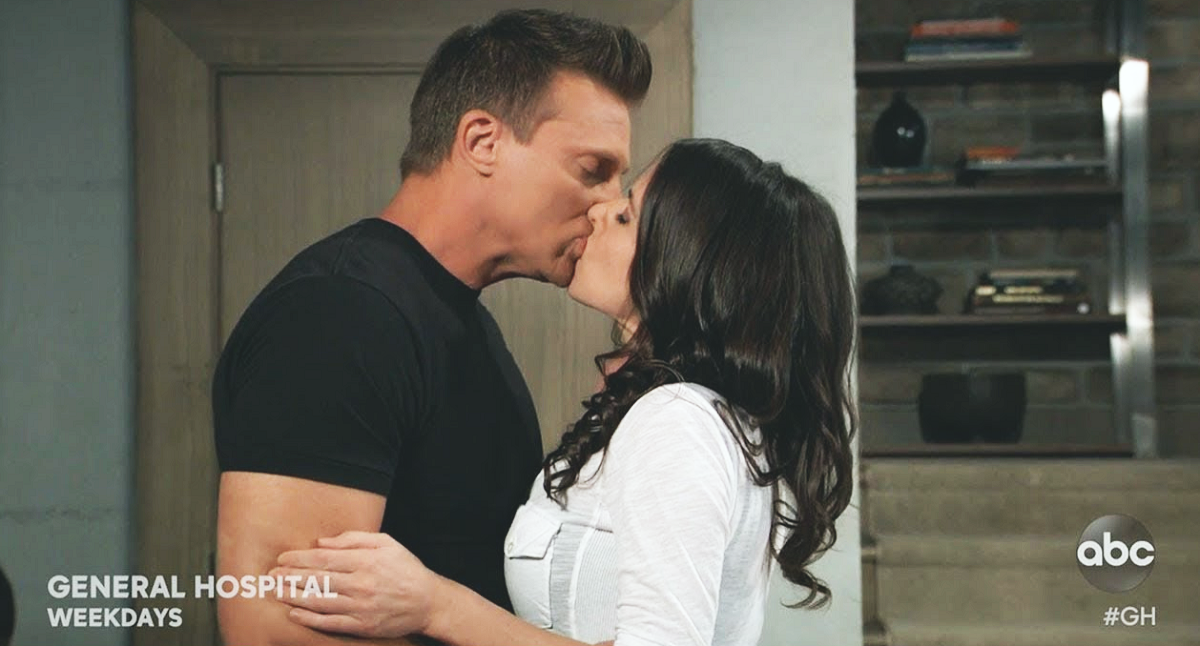 The couple themselves may not need a big ceremony to prove their love to each other, but a celebration of their love may be just the thing their friends and family need right now.

Sam and Jason have been married before, but Jason was presumed dead for five years, and during that time Sam married Drew (Billy Miller), who everyone thought was Jason at the time.

It’s been a long road to reconciliation for this couple. Even when Jason came back, Sam opted to stay with Drew at first, even though there was no doubt in her mind who Jason really was. But Sam didn’t want to hurt Drew, and they had a daughter together, Scout. But eventually Sam was pulled back into Jason’s orbit, and she and Drew split. But even then Sam and Jason were slow to get back together.

By the time Sam started investigating Dawn of Day, she and Jason were fully back together, even though they pretended to be apart for awhile so Sam could make Shiloh (Coby Ryan MacLaughlin) believe she was interested in him. Eventually Shiloh left Sam to die in an old freezer but was rescued by Jason. At this point, Jason and Sam were able to be a couple again publicly. But does that mean the couple is ready to tie the knot again?

One practical reason for the couple to make it official would be the fact that spouses can’t be forced to testify against on another in a court of law. This would make a lot of sense for this particular couple since Jason often finds himself in hot water with the police.

His job as Sonny’s enforcer often leads to legal issues. Sam is often in the know of Jason’s activities and this would safeguard against her from actually having to testify against him. But that’s not the most romantic of reasons to make it official.

Jason and Sam’s friends and family would them for them to have a big splashy ceremony. It would do the couple some good to have a day for themselves, to celebrate their love and commitment. And a good wedding is also a reminder to everyone that true love wins out in the end. But will it happen?

Do you think its time for Sam and Jason to say “I do” once again? Anything can happen in Port Charles, so stay tuned to General Hospital weekdays on ABC!