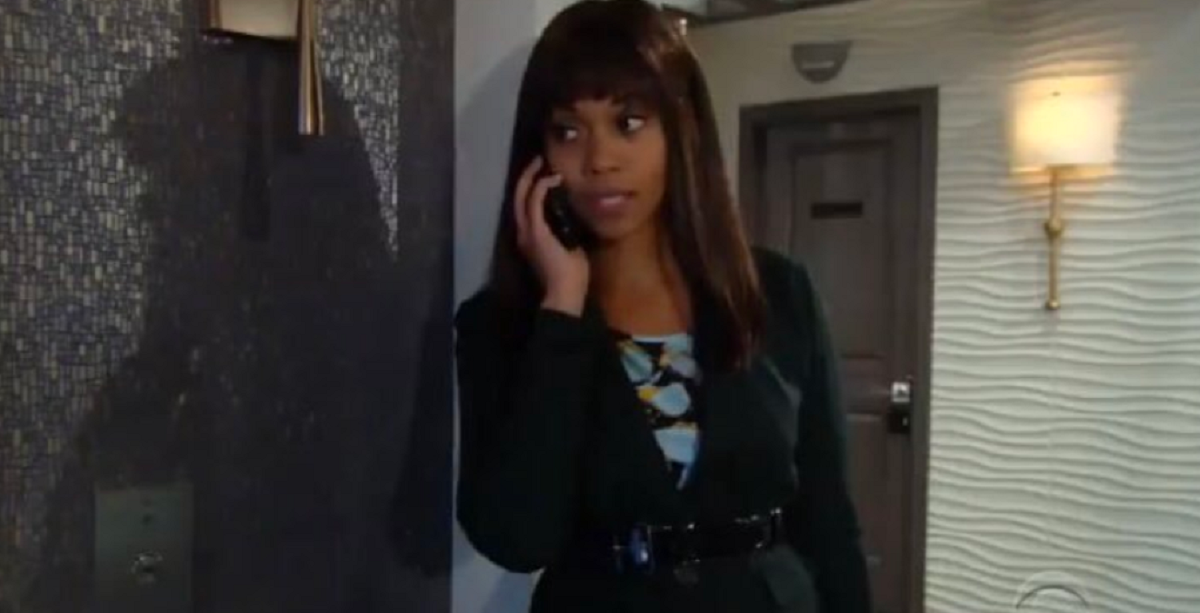 The Young and the Restless (Y&R) spoilers for Monday, September 23, tease that Victoria Newman (Amelia Heinle) will worry about the proof against her. At the ranch, Billy Abbott (Jason Thompson) points the finger at Adam Newman (Jason Thompson) for framing her. Nikki Newman (Melody Thomas Scott) can’t believe how far all of this has gone. Victoria marvels at Adam’s willingness to let their dad die.

Jack Abbott (Peter Bergman) doesn’t buy that idea when he walks in, but Victoria argues Adam’s a different man now. As for the investigation, Jack just wants to let the authorities do their job and figure out of anyone was to blame in this death. At Adam’s place, he pressures Michael Baldwin (Christian LeBlanc) to speed things along. Michael points out that the lack of motive is a serious problem here.

Adam doesn’t care and reminds Michael that a phone call could put Fenmore “Fen” Baldwin (Zach Tinker) behind bars. He insists Michael had better make this happen. Later, Lauren Baldwin (Tracey E. Bregman) comes back to Genoa City after getting Fen settled in rehab. She’s still livid over the Adam situation and wants Michael free from him.

Michael tells Lauren that Adam wants murder charges brought against Victoria, so she quickly gets the picture. Lauren determines that Adam was behind Victor’s death and is framing Victoria for it. Michael’s got a choice to make and knows what he’s going to do.

The Young And The Restless Spoilers: Does Hilary Have A Twin – Or Is The Doppelganger The Real Deal?

At Nick Newman’s (Joshua Morrow) house, he talks to Chelsea Newman (Melissa Claire Egan) about Connor Newman (Judah Mackey) and his devious dad. Nick’s adamant that Adam belongs in jail. Chelsea frets over Adam potentially being responsible for the death of Connor’s grandpa. She feels like running away with Connor, but she promises Nick she won’t.

Chelsea eventually accepts Adam’s call and agrees to let him see Connor at the park. Adam learns Connor still isn’t in the loop on Victor’s demise. He wants to be with the only family he has left right now, so he plays with his son as Chelsea watches. Once Connor walks away to get some ice cream, Adam defends himself against Nick’s accusations and insists on helping Chelsea break the bad news.

When Connor runs back over, Adam lets him know his grandpa passed away and holds him close. Later, Victoria heads to Society with Nick, Nikki, and Billy. She’s shocked when Rey Rosales (Jordi Vilasuso) appears with a warrant for her arrest. Everyone at the table’s reeling, but it’s out of Rey’s hands. He slaps the cuffs on and reads Victoria her rights.

Back at the ranch, Nikki’s panicking as she calls out. She declares that something terrible’s happened and it’s all gone wrong. We see Victor in the living room soon after. At Devon Hamilton’s (Bryton James) penthouse, he explains Chance Chancellor’s claims to Elena Dawson (Bryton James) and argues that the will is in Katherine Chancellor’s (Jeanne Cooper) own words. He’s convinced that draft is what she wanted.

Elena’s astonished by how much money Devon inherited, but she knows he’s done a lot of good with it. She feels this whole thing was a ploy to rattle Devon. After Devon decides he can’t let Chance and Amanda Sinclair (Mishael Morgan) make the next move, he takes off. That leaves Elena to support Nate Hastings (Sean Dominic) over Victor’s death. She’s there if he ever needs to open up.

Devon meets Jill Abbott (Jess Walton) at the Grand Phoenix and gives her updates on this wild will situation. She learns Amanda is a dead ringer for Hilary Hamilton (Mishael Morgan) and considers the idea that Amanda’s behind all of it. Devon explains a bit more about the will claims, which further convinces Jill that this isn’t Chance’s doing. She blames Amanda for orchestrating this mess.

Meanwhile, Amanda calls someone and pushes for a callback ASAP. She can’t move forward until she hears from this person. Next, Amanda is spotted by Devon at the Grand Phoenix. He confronts her and doesn’t want to hear this notion that she was clueless about who she looks like. Devon wants Amanda to steer clear of the people he loves, but she isn’t keen on taking orders.

After Devon insists he’s got billions to hire better attorneys, Amanda notes he won’t have those billions for long. Once she’s alone, Amanda makes another call and argues that the clock’s ticking. Nothing can happen until she hears back from her accomplice.

The Young and the Restless spoilers say another great episode’s on the way. We’ll keep you posted as other Y&R details and rumors emerge. Stay tuned to see what else is ahead in on the CBS soap.