Bold and the Beautiful Spoilers: Thomas Caught Sneaking in to See Son, Will Ridge Cover for Son Again? 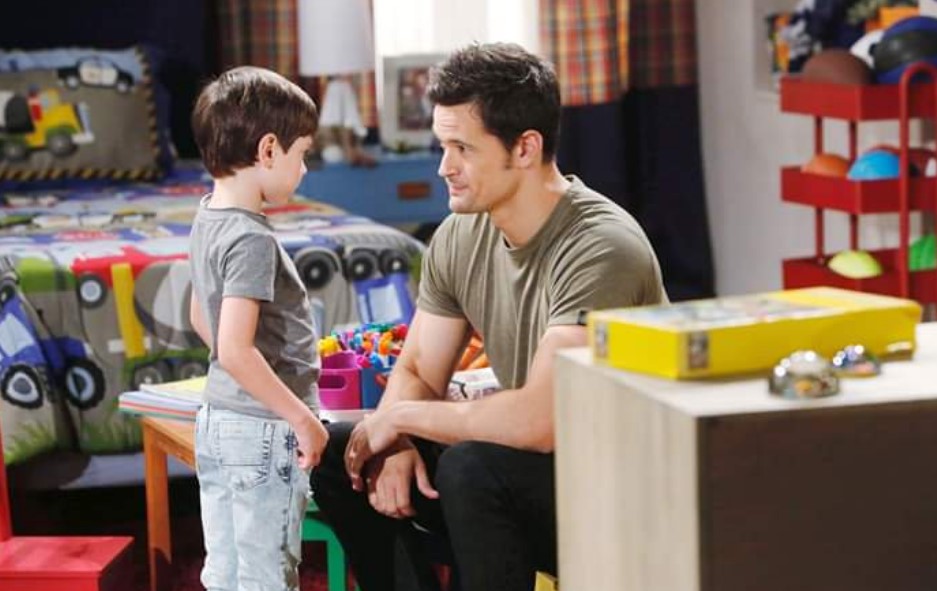 The Bold and the Beautiful spoilers reveal Thomas Forrester (Matthew Atkinson) gets caught sneaking in to see his son. Right now, the troubled young man is the source of conflict in Ridge Forrester (Thorsten Kaye) and Brooke Logan’s (Katherine Kelly Lang) marriage. Will the father once again try to cover for Thomas?

According to B&B spoilers, expect Thomas to sneak in and try to visit his son, Douglas Forrester (Henry Joseph Samiri). Even though every child deserves to see their parents, Thomas is a special case. He has been a bad influence on his son. He even manipulated his own child to further his agenda. This was hard on the little boy.

It was especially hard for fans to watch Thomas be ordered not to tell the truth about Beth Spencer (River Davidson and Madeline Valdez).

The Bold and the Beautiful spoilers tease that Thomas gets caught. However, it isn’t Brooke or another Logan. It is his father, Ridge. So far, Ridge has done everything in his power to protect his grown son, even at the risk of it damaging his marriage. Will this continue, no matter what Thomas does?

According to the latest information, it is suggested that Thomas will try to cover himself when he is caught. Brooke made it very clear that she feels Thomas is a danger to Douglas. She only wants what is best for the young child. Brooke loves Douglas and is determined to protect him. So, will Ridge once again buy his excuses?

The Bold and the Beautiful Spoilers Monday, September 23: Sally Is Stunned By Wyatt’s Proposal – Bill Tells Katie Exactly What She Means To Him https://t.co/ZDk5DCTZos pic.twitter.com/Y7Ddu1SRP4

It isn’t revealed whether Brooke finds out about the banned visit or not. However, Ridge needs to play his cards carefully. There is already tension in his marriage, with the biggest battle being about Thomas. Plus, Ridge is already keeping a big secret — his night with Shauna Fulton (Denise Richards). What do you think Ridge should do about this situation? If he covers for Thomas, will that be the last straw for Brooke?