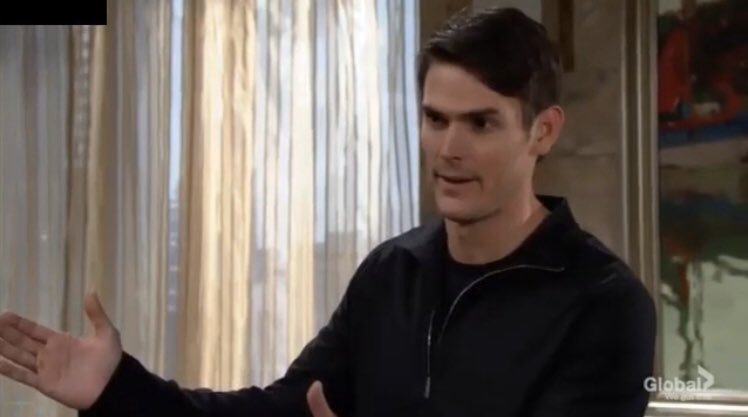 As The Young and The Restless viewers know, Adam Newman holds leverage over newly appointed District Attorney Michael Baldwin with the threat of scandal, since he has proof of Michael and Lauren’s son, Fenmore Baldwin (Zach Tinker) having gone back on drugs and dealing them to boot. In a small Midwestern town like Genoa City, Wisconsin, reputation is everything and scandal can literally get someone holding office kicked out of office!

Since Adam now knows he could be charged with the murder of his father, Victor Newman (Eric Braeden) he leverages Michael into granting the pharmacist who made up the double dose pills immunity for her “confession” and at Adam’s instructions she “confesses” that Victoria Newman (Amelia Heinle) paid her to make them up, and then Adam plants Dr. Nate Hastings’ (Sean Dominic) stolen hospital tablet and a vial of the pills in Victoria’s desk drawer at work. He then pressures Michael to have Victoria arrested, which he does.

Lauren Fenmore Baldwin had tracked down Fenmore, and found that the allegations and proof that Adam was holding over Michael’s head were true, and got Fenmore back into drug rehab. She then returns and meets with Michael in the coffeehouse, where they catch up and Michael tells her of the latest Adam problems, his blackmailing him to frame Victoria for Victor’s murder. Lauren, as well as Michael, are about fed up with Adam’s blackmail schemes and control mechanisms, and Lauren vows she will find some way to take Adam down for good!

Little do they know that at about the same time, over at Society, after Rey Rosales (Jordi Vilasuso) takes Victoria away, that Nikki Newman (Melody Thomas Scott) is taking control also so that the Newman family will once and for all have the upper hand against Adam! Michael knows that a warrant has been issued but not that it’s being acted on over at Society at the same time they are at the coffeehouse!

Young & The Restless Spoilers – Adam Newman’s Blackmail Of Michael, Framing Of Victoria, And Attempted Murder Of Victor Newman May Only Be The Tip Of The Iceberg!

Adam’s blackmail of Michael, framing of Victoria, and attempted murder of Victor may only be the tip of the iceberg; other Y & R spoilers tease he may be behind the challenge of Katherine Chancellor’s (Jeanne Cooper) will leaving most of her estate to her grandson Devon Hamilton (Bryton James) since no one believes this sounds like the work of Chance Chancellor (John Driscoll) who Adam supposedly had encountered while in Las Vegas! Adam may be committing identity theft and fraud on top of everything else he has done!