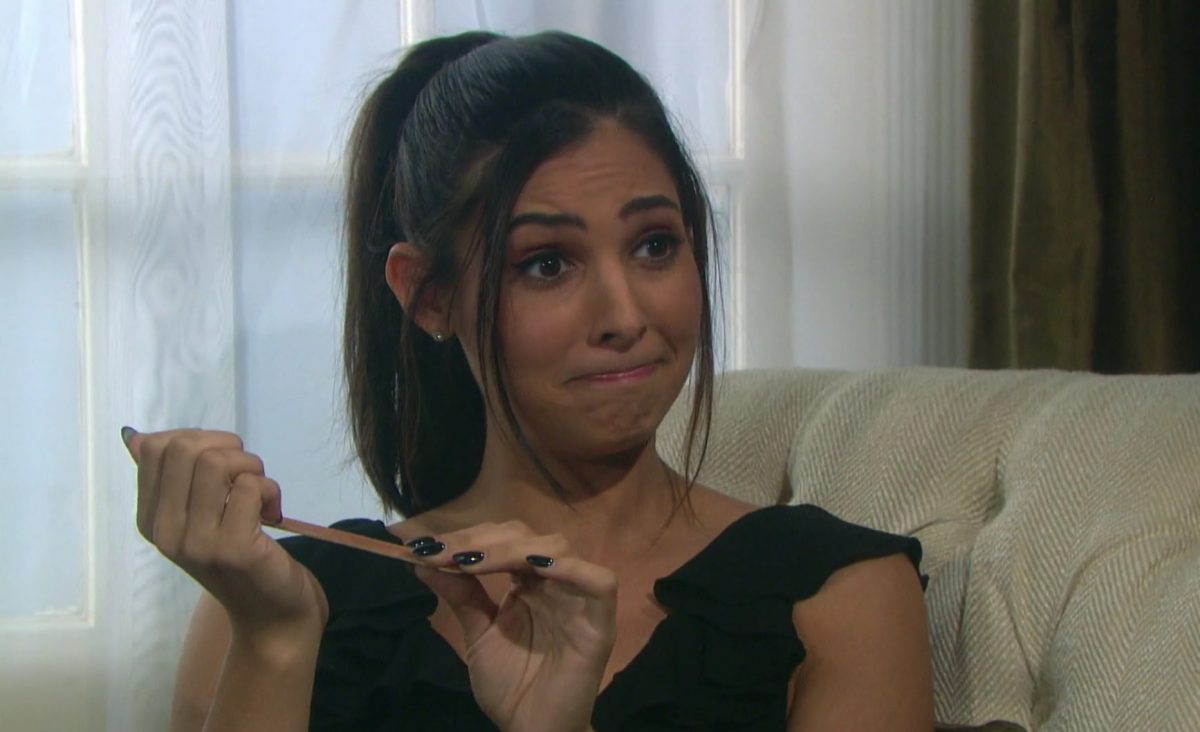 Days Of Our Lives Weekly Preview

The Days of Our Lives weekly preview is all about Jack Deveraux (Matthew Ashford) and Jennifer Horton (Melissa Reeves)! The video flashes fast forward through Jack’s life flashing before him, culminating in Jack telling Jennifer “I remember you!” Other Days of Our lives spoilers say that Jack gets his memory back not through Dr. Wilhelm Rolf’s (William Utay) amnesia serum, which he hasn’t had a chance to recreate again, but through a hard blow to the back of his head!

Monday, Gabi Hernandez DiMera (Camila Banus) is torn when Will Horton (Chandler Massey) asks her if her mother in law, Vivian Alamain (Robin Strasser) shot his grandmother, and Gabi’s friend, Kate Roberts DiMera (Lauren Koslow). Will is the father of Gabi’s daughter, and Gabi’s husband, Stefan DiMera (Brandon Barash) has been pressuring her to cover up for Vivian! Meanwhile, at Salem University Hospital, Kate’s son and Will’s father, Lucas Horton (Bryan Datillo) speaks with Dr. Kayla Johnson (Mary Beth Evans) about his mother, Kate being on life support. Also on Monday, Brady Black (Eric Martsolf) talks to Sonny Kiriakis (Freddie Smith) about his problems fighting off his attraction to Kristin DiMera (Stacy Haiduk), and Hope Brady (Kristian Alfonso) is surprised by Lucas’ suggestion regarding her sister and his cousin, Julie Williams (Susan Seaforth Hayes).

Tuesday, Kristin enlists Rolf for an unusual procedure; she wants to have him implant Sarah Horton’s (Linsey Godfrey) embryo into herself; and Ben Weston (Robert Scott Wilson) seeks Dr. Marlena Evans’ (Deidre Hall) help to try and get his sister, Jordan Ridgeway (Chrishell Hartley) to let him be in his nephew David Ridgeway’s (Jaxton and Dexter Ellis) life. Also on Tuesday, Hope learns that Jordan is staying with Hope’s ex-husband Rafe Hernandez (Galen Gering), Sarah and Brady try to bolster one another over the havoc Kristin has created, and Jordan vows to kill anyone who comes between her and David!

Wednesday, Sarah has second thoughts about terminating her pregnancy; elsewhere, trapped and kidnapped by Dr. Henry Shah (Piter Marek), Jennifer tries to gain her former suitor’s trust. As Days of Our Lives viewers will recall, Shah had become obsessed with Jennifer and went beserk and kidnapped her!

Days Of Our Lives Spoilers: Ciara Starts Her New Job At Titan – The Beginning Of The End For 'CIN' #days #dool #daysofourlives https://t.co/E2DsHxwzG2

Friday, Will tells Rafe to arrest Vivian, and Sarah decides to keep her baby. Also on Friday, Gabi is furious when she overhears Vivian telling Stefan he’d be better off with Eve Donovan (Kassie DePaiva) than her! That might be when she tells Will that Vivian did shoot Kate!