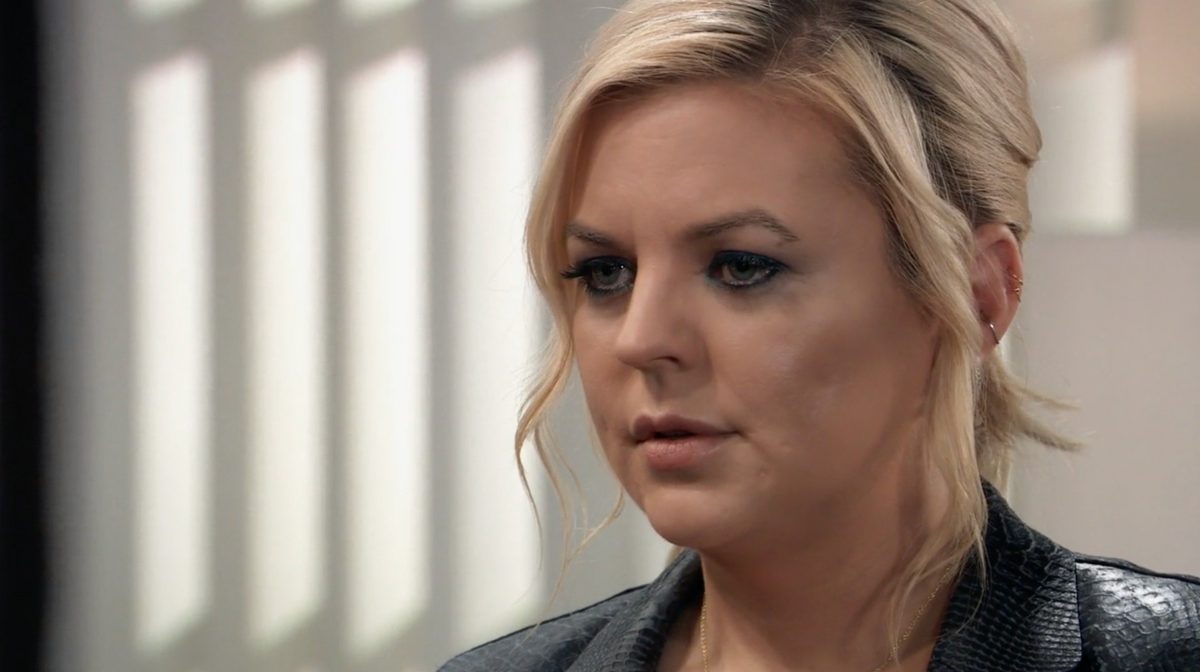 General Hospital (GH) spoilers tease Maxie may be looking to move up at Crimson. She has been basically running the company in Nina’s (Cynthia Watros) absence and by the looks at things, everything is running smoothly. But Maxie would probably never take the position at Nina’s expense. But as spoilers indicate, Nina’s life is about to explode and she may not be in any position to run a magazine. This would be Maxie chance to finally move up at the company she has loved for many years now.

During Nina’s absence, Maxie instilled some changes that increased productivity and made production of the monthly magazine run more smoothly. She has also recently been shown to have a very good understanding of the financials and the business side of the magazine. Maxie has been learning the ins and out of Crimson hands on since Kate Howard started it all those years ago. This is Maxie’s passion and if anyone deserves the chance to run the magazine, it would be her. And although Nina is grateful for all of Maxie’s assistance, she is often ignored or taken for granted.

GH Spoilers – Maxie Jones has a family to provide for

Maxie is a single mom to James. And although she doesn’t have custody of Georgie, one call only assume she helps with her care as well. Maxie could absolutely use the money such a promotion would entail. Being able to provide a stable home for her kids would be a huge incentive to take the leap. In the past Maxie has underestimated her worth and has been content to be Nina’s girl Friday. But other people, such as Hayden (Rebecca Budig) and Peter (Wes Ramsey) have noticed how proficient she is, which has bolstered her confidence.

General Hospital Spoilers – Maxie Jones can come off as an airhead

Maxie can come off at times as being scattered or an airhead, so some people might need convincing. Jax (Ingo Rademacher) recently called Maxie the heart of Crimson, but it might take some convincing to just hand over the reigns of a magazine to someone who has never actually had that position. Of course, all of this depends on Nina no longer being the head of the magazine. There is a chance Nina will stay exactly where she is, but if so, Maxie may decide to take her talents elsewhere.

GH Spoilers – Crimson isn’t the only magazine out there

Maxie was decide to see what other options are out there, and the competition might quickly snatch her up. Maxie’s loyalty is to Crimson, but it there is no place for her to grow at Crimson, then why not go somewhere she can? Maxie would be a valuable addition to any other magazine.

Do you think Maxie has outgrown her position at Crimson? Could she run the magazine in Nina’s stead? Or will she explore options with Crimson’s competition? No one knows for certain, but some exciting scenes are coming up and you can watch General Hospital weekdays to find out what happens next on the ABC soap!