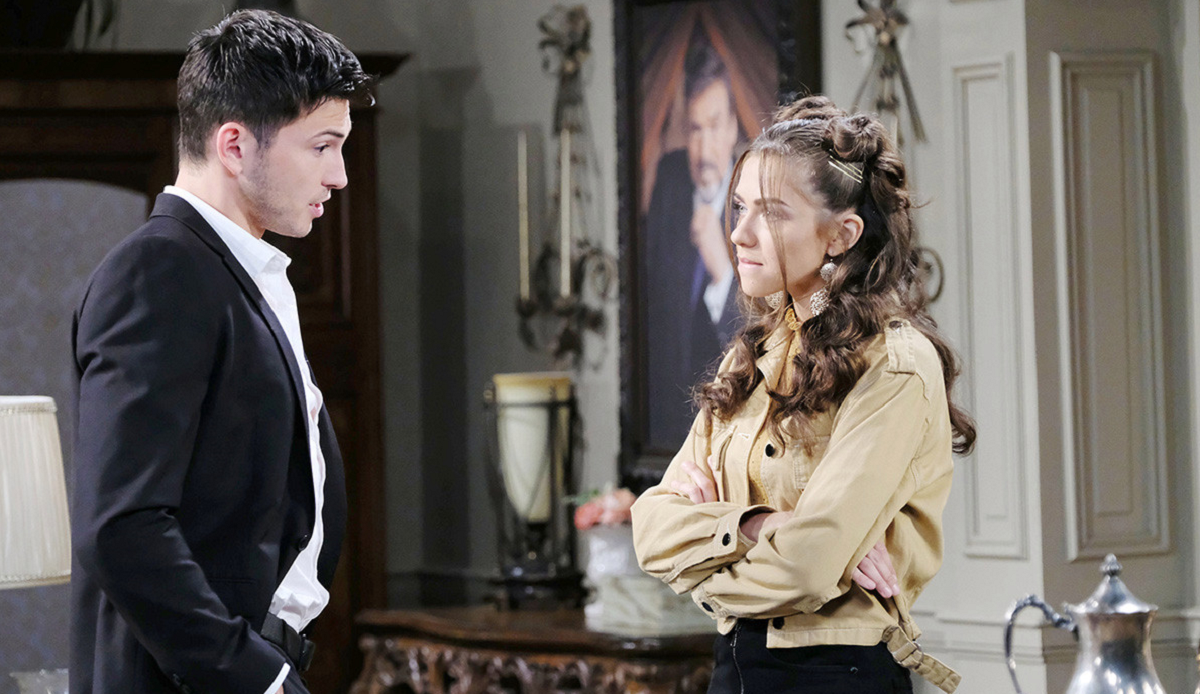 Days of Our Lives (DOOL) spoilers for Tuesday, September 24, tease that Jordan Ridgeway’s (Chrishell Hartley) release will continue to make waves. For starters, Hope Brady (Kristian Alfonso) will find out Jordan’s living with Rafe Hernandez (Galen Gering). That’ll be quite a surprise and could leave her a little irked since Jordan tried to kill Ciara Brady (Victoria Konefal).

Marlena may wonder why Ben’s afraid of his sister’s mental state. After all, Ben got the help he needed at Bayview. Marlena might ask why Ben’s so sure Jordan still poses a threat.

However, Ben will remain disturbed by the warning signs in Jordan. He’ll feel confident that more trouble’s brewing – and he’s exactly right! For now, Ben will give Ciara a crucial warning. Days of Our Lives spoilers say he won’t want Ciara to be alone with Jordan. It’s better to play it safe since there are questions about Jordan’s recovery.

Over with Brady Black (Eric Martsolf) and Sarah Horton (Linsey Godfrey), they’ll spend some time bonding on Tuesday. Kristen DiMera (Stacy Haiduk) brought some serious turmoil to Salem, which has affected both Sarah and Brady. “Days of Our Lives” spoilers say they’ll commiserate and try to lift each other’s spirits a bit.

Meanwhile, Kristen will turn to Dr. Wilhelm Rolf (William Utay) for assistance. She’ll recruit him for the embryo transfer, but this plan will go awry soon enough.

At the hospital, Kayla Johnson (Mary Beth Evans) will run some tests to see if Kate Roberts (Lauren Koslow) could donate her heart to Julie Williams (Susan Seaforth Hayes). Lucas Horton (Bryan Dattilo) would at least like to see some good come out of Kate’s tragedy.

Days Of Our Lives Spoilers: Is Will Going To Be Vivian’s Next Victim? https://t.co/BosqFD8YTE pic.twitter.com/bs45x1afwe

It looks like Kate will be a match, so the transplant preparations should begin. Of course, Days always has a twist or two cooking up. The next one will come courtesy of Dr. Rolf, who’ll eventually give Kate the soapy miracle she’s seeking.

That’ll leave Julie in a dire situation again, but other shockers and shakeups are brewing. We’ll give you updates as other Days news and rumors emerge. Stick with DOOL and don’t forget to check back often for the latest Days of Our Lives spoilers, rumors, updates, and news.