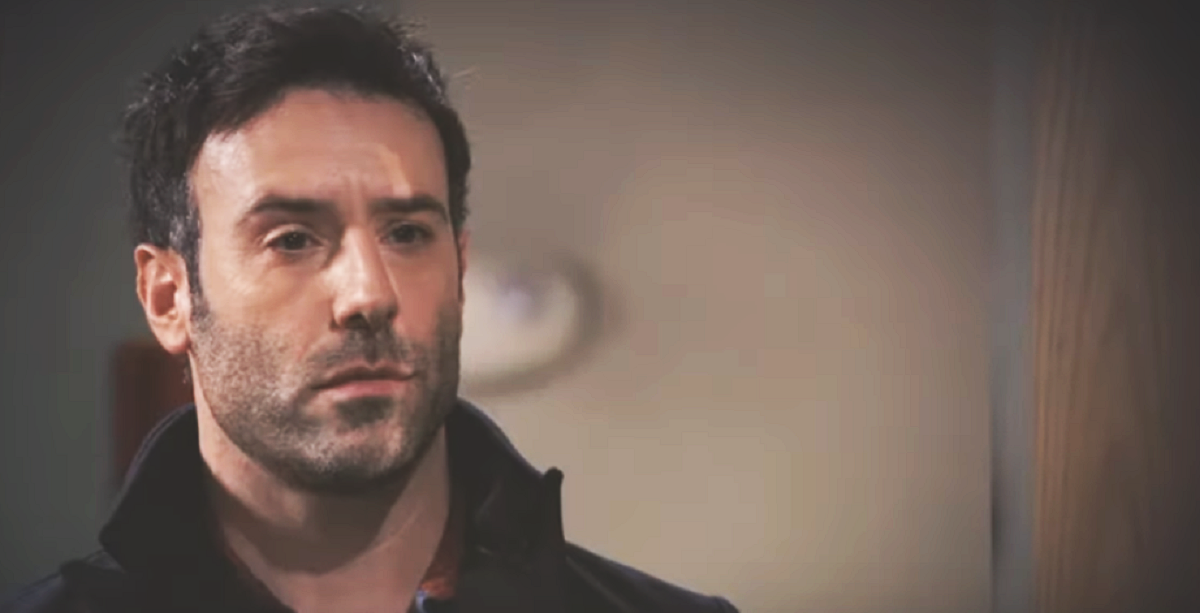 General Hospital (GH) spoilers tease that Shiloh Archer (Coby Ryan McLaughlin) is the most hated man in Port Charles, and the question on everyone’s mind is this: Is This The End?

General Hospital viewers will recall from Friday, September 20th’s episode, Shiloh had escaped police custody and had pulled over Bobbie Spencer (Jacklyn Zeman) at the side of a country road, possibly with precious cargo. Viewers could see what appeared to be a baby car seat covered with a blanket, and she had come from the Corinthos home and was intending to pick up her grandson, Wiley Cooper-Jones (Erik and Theodore Olson).

In this week’s promo, called “Shiloh’s Endgame” viewers see Bobbie recognizing Shiloh, exclaiming with a shocked look on her face, “IT’S YOU”!  Next, a composite of photos of Shiloh in different scenes is shown.

Then the scene shifts to a dressed-up Samantha McCall (Kelly Monaco) aboard what appears to be the Haunted Star, rushing through some curtains, to find a shocking surprise. She sees Shiloh, still dressed in the guard uniform. He grabs her and pushes her to the floor! Sam is dressed up, so she may have been rushing to the Haunted Star from a nice evening out.

Then flashes of a worried Kristina Corinthos-Davis (Lexi Ainsworth) and Cameron Webber (William Lipton) are shown. With Sam, Sonny and Dev all dressed up in fancy finery, one has to wonder if they had all been together at a party.

General Hospital Spoilers – Someone Brought To Hospital On A Stretcher

Next General Hospital viewers will see Jason Morgan (Steve Burton). He’s in his standard black t-shirt and blue jeans. Then we see a shot fired! The promo doesn’t show who, but it appears to be a male with thin arms holding a small gun. It looks red hot from something reflecting on it, and smoke from the gunshot fills the atmosphere. Other General Hospital spoilers tease that Chase will bring someone to General Hospital on a stretcher. Will it be Shiloh, and will he be dead or alive?

Will the next question buzzed around Port Charles be “Who shot Shiloh”? As General Hospital viewers will recall, Peter August (Wes Ramsey) also put a hit out on Shiloh, tired of his blackmail. The last thing Peter wants or needs is for his girlfriend, Maxie Jones (Kirsten Storms) to find out he was way more involved in the kidnappings of Jason and his twin, the presumed dead Drew Cain (Billy Miller) than he let on! He is shown at the Metro Court, probably in his office, calling and asking his assassin “Is it done”?

But if Shiloh is brought in dead on a stretcher, will it be suicide by cop, with Chase doing the favor for Port Charles, Jason Morgan, or Peter’s mysterious assassin? Or did Shiloh himself fire the shot, and who did he hit?