The Bold and the Beautiful POLL: Will Sally Accept Wyatt’s Marriage Proposal So Flo Is Shut Out? 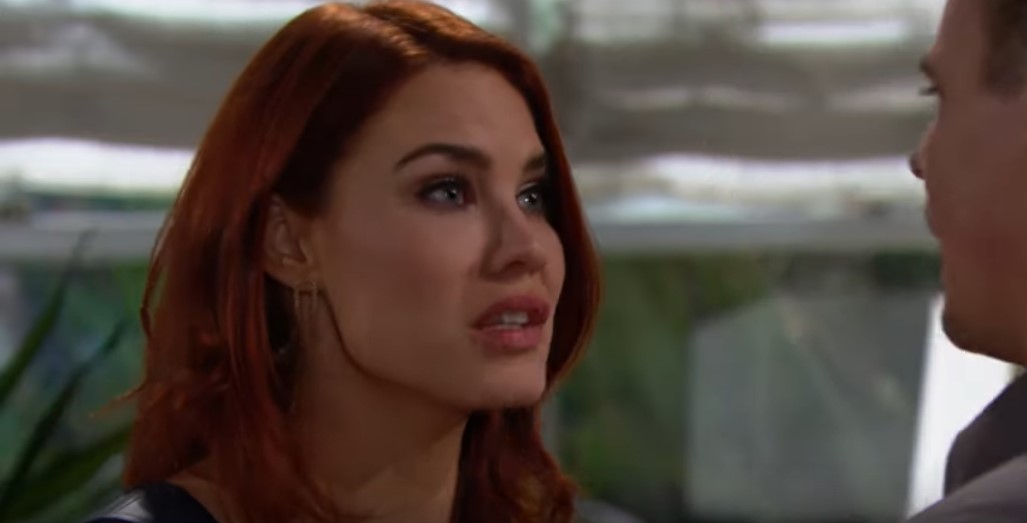 Sally Spectra (Courtney Hope) knows that Wyatt Spencer (Darin Brooks) cares about her on The Bold and the Beautiful. But she was hoping for time to determine if mutual trust exists.

Wyatt’s surprise marriage proposal comes after Flo Fulton (Katrina Bowden) sought out her high school sweetheart, telling him that she knew he was the only man for her. That meeting inspired him to seek Sally’s hand.

Sally was cast aside earlier this year. Wyatt decided he had to let her go because she didn’t pass along information learned during a one-way conversation with Thomas Forrester (Matthew Atkinson). So, Wyatt ended ‘Wally’ and gave the green light to Flo.

He, along with Quinn Forrester (Rena Sofer) often spoke about how wonderful Flo was. Her honesty and purity were unquestioned, as both people projected the past in Las Vegas, Nevada, onto present day Los Angeles, California.

Wyatt came to buy his mother’s belief about Sally being shady. But the Beth Spencer (Madeline Valdez and River Davidson) reveal also served to unmask Flo’s stunning actions. It also made Sally look good, if not great, in contrast.

Flo gave Wyatt a second chance after they had a reunion in LA. Wyatt’s history was detailed for the audience, which included the addition of he and Quinn having left Vegas in a rush.

Wyatt wasn’t able to say goodbye to Flo, leaving her unsure about what happened, or why. Then, all these years later, he leaves her in the lurch again, but for a different reason.

In Wyatt’s mind, Flo betrayed him. Of course the circumstances are different then when he suddenly and without explanation broke off their relationship in Vegas. This time, he feels she was in the wrong and he is right.

However, Flo gave Wyatt a second chance when they got back together. So, why can’t he do the same now?

Bold And The Beautiful Spoilers – A Winner Either Way

Wyatt lives a charmed life. The truth is that two women have forgiven him. Both impressive ladies have plenty to offer to any guy.

Whether Wyatt actually grasps his good fortune remains in question on B&B. He’s not foolish, though. His impulse marriage proposal indicates that he realizes Sally has options.

However, if she doesn’t accept, or doesn’t accept quickly, Wyatt knows that Flo is his fallback option, just as she was earlier this year. Sally likely believes he’ll go back to Flo as well.

Fans of The Bold and the Beautiful rightfully express their opinions on a regular basis. So, will Sally accept Wyatt’s marriage proposal so Flo is shut out? Please vote in our poll below!