The Bold And The Beautiful Spoilers: Katie’s Situation Serious – Will She Survive? 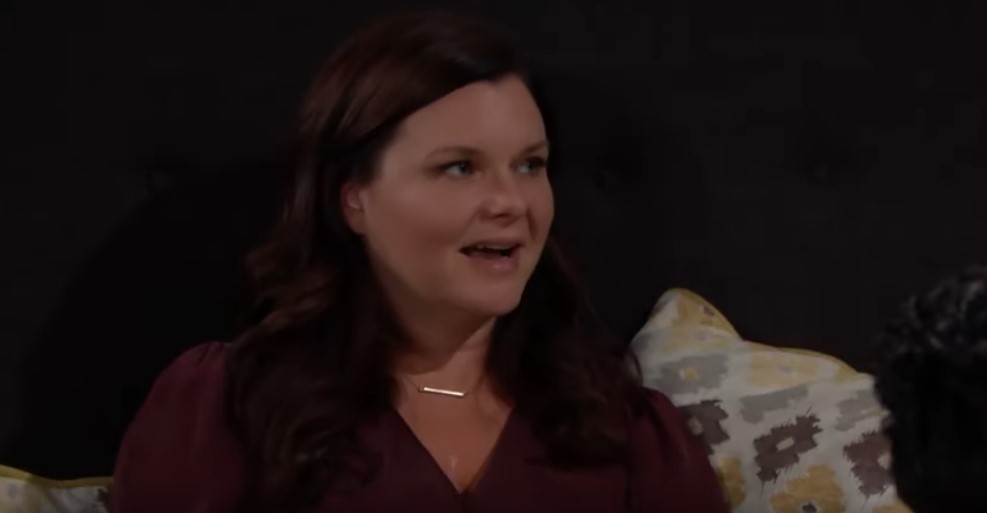 Katie Logan (Heather Tom) needs a kidney transplant on The Bold and the Beautiful. If that doesn’t happen, her health situation will worsen. Imminent death is also a serious possibility as well.

With no news about Tom’s contract status, or known exit from the cast, B&B fans believe that Katie will survive. The interest lies in how that happens and who becomes her donor.

As the above develops fans will reflect, along with Bill Spencer (Don Diamont), about how he’s become a better man within the last year.

Assuming that Flo is Storm’s daughter, or his sister, meaning that Stephen Logan, Senior (Patrick Duffy) is Flo’s father, then she could be a biological kidney donor match. Although there is another reason why B&B would allow Flo to become the donor.

Flo’s stock was decimated when the Logan family realized she was involved in the Beth Spencer (Madeline Valdez and River Davidson) steal and conceal. As of now, Flo can’t be anything other than a nemesis, which limits this character’s plot options. Writing her as the donor would be the type of redemptive opportunity she needs.

It was a long road to ‘Batie’s’ sequel. Katie was involved in other relationships and so was Bill.

Bill was with Brooke Logan (Katherine Kelly Lang), but also became obsessed with Steffy Forrester (Jacqueline MacInnes Wood). That pursuit was notorious, with Bill finally realizing just how wrong it was.

After the above pairings played out, ‘Batie’s’ sweet family revival happened, with Will Spencer (Finnegan George) serving as matchmaker extraordinaire. It would seem odd for B&B to have gone through all that script work simply to have Bill and Katie only last for a period of months before eliminating Tom’s character.

A new era began when Bill took off his sword necklace. He renounced the ‘Dollar Bill’ persona because he wanted to be a solid father and husband. Katie and Will know that Bill is delivering on his promise.

Sure, Bill is still Bill. But the long arc, where he veered toward constant bad guy status had its day and was buried.

Seeing Diamont’s character stand by Katie at this critical moment in her life is fulfilling because B&B viewers know Bill hasn’t reformed due to the crisis. Instead, he’s acting as any good man, husband, and father would. And like the characters within the story, fans know it’s not an act.