The Young and the Restless Poll: What Happens To Adam After Victor Reveals He’s Alive? Vote Now! 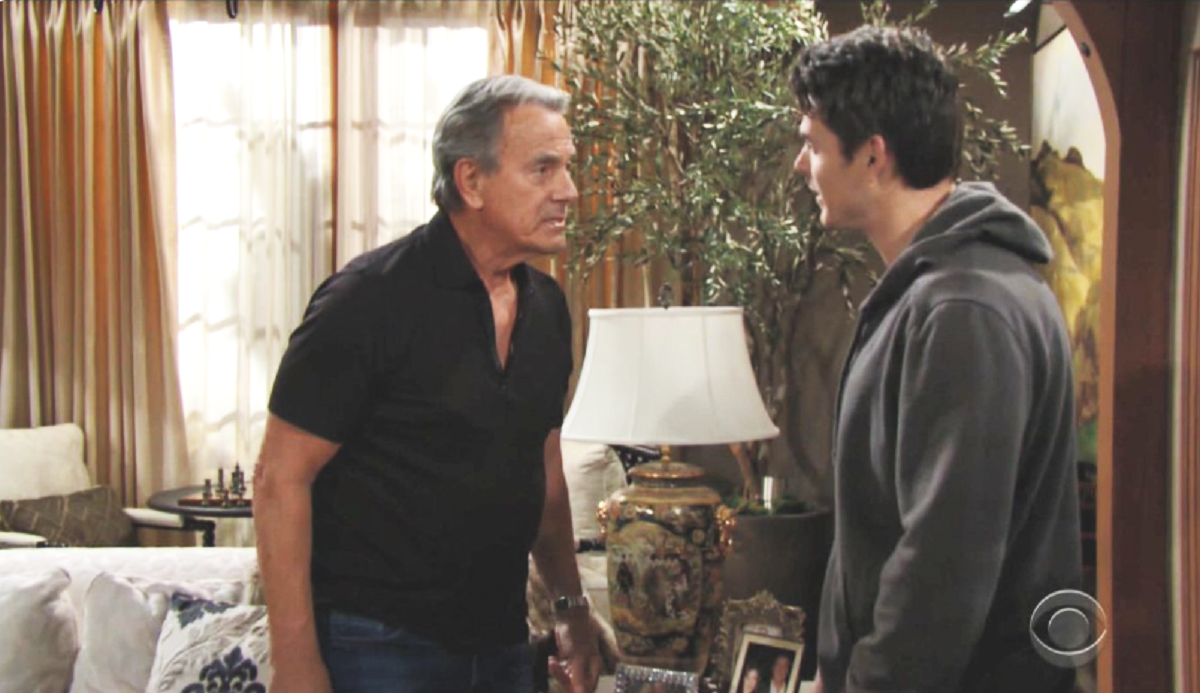 Thankfully, Victor Newman (Eric Braeden) isn’t dead on The Young And The Restless (Y&R). But what will happen to Adam Newman, once this news is revealed to all?

Viewers know Victor is working on a plan with selected family members that pushes his purposeful death ruse. Its intent is to bring Adam to some form of justice for manipulating the blood disease medication Dr. Nate Hastings (Sean Dominic) prescribed for his patient.

Adam’s justice-shift, where his sister, Victoria Newman (Amelia Heinle), is framed as the person responsible for double-dosing Victor, demonstrates just how diabolical this dark chip off the old block is. But what happens to Adam when Victor reveals he’s alive?

Young And The Restless Spoilers – Adam Newman’s Feelings Are Justisfied

Phyllis Summers (Michelle Stafford) made a bet with Adam. If she won, he was to cease all vendettas being waged and to not pursue new ones. Adam agreed, believing that he’d always come out on top and therefore wouldn’t have to make good.

Adam’s feelings are somewhat justified, as the Newman family has treated him badly since Chris Engen (Adam) played the first adult version of this character in 2008. However, that’s never given him the right to wrong people.

The last request Victor made to his children, sans Vicki, who was with Billy Abbott (Jason Thompson) at the time, was for them to get along. Adam agreed and then watched in horror as Victor appeared to collapse and die on the living room floor at the Ranch.

Nate seemed to confirm elevated medication levels in Victor’s bloodstream. He is believed to have passed that information along to Victor, who decided that he was going to teach the ultimate form of tough love to his namesake son (Victor Adam Newman).

However, fans weren’t initially given enough plot details to know when Victor discovered that Adam manipulated his medication.

Regardless, the ‘Moustache’ wasn’t killed as a result of Adam’s reckless behavior and decided that enough was enough.

Nikki Newman’s (Melody Thomas Scott) conversation with Paul Williams (Doug Davidson) put the Chief on Adam’s trail. Paul and Rey Rosales (Jordi Vilasuso) believed that they were going to prove he was responsible for Victor’s supposed death. Then, Adam threw a curve by having his paid pharmacist tell the authorities Vicki was responsible.

The Young And The Restless Last Week In Review: Victor Is Pronounced Dead – Billy Battles Himself https://t.co/cC5vi3Aj5T pic.twitter.com/GLFhP1B62v

Paul had to arrest Vicki and send her to jail because of the apparent evidence that was found in Vicki’s office at Newman Enterprises. But this miscarriage of justice won’t prevail.

Fans of The Young and the Restless rightfully express their opinions on a regular basis. So, what happens to Adam after Victor reveals he’s alive? Please vote in our poll below!

This site is a leading source of engaging information about The Young and the Restless.