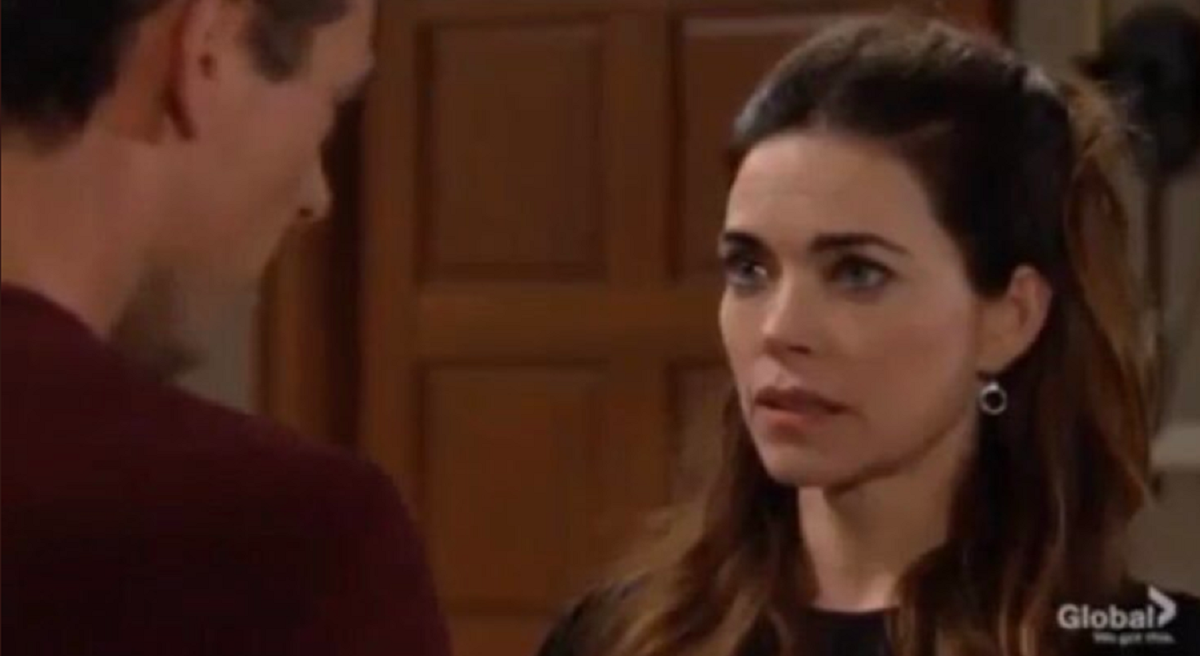 The Young and the Restless (Y&R)  spoilers for Tuesday, September 24, Adam Newman (Mark Grossman) will wrestle with what he’s done – or at least what he thinks he’s done! At the penthouse, Adam’s tortured over Victor Newman’s (Eric Braeden) death. He reads about it online and insists his father wasn’t supposed to die.

Adam also thinks back to meeting Victor when he was a kid in Kansas. He’s upset about not knowing his paternity for so long and thinks it would’ve been different if Victor hadn’t hidden it. Adam feels like they never would’ve ended up here. He keeps battling regrets over this game they played, which ended in a move Adam didn’t want – or did he? Adam can’t seem to wrap his head around his father being gone.

At the ranch, Nikki Newman (Melody Thomas Scott) is rattled over the predicament Victoria Newman’s (Amelia Heinle) stuck in. Victor Newman (Eric Braeden) just wanted to set a trap for Adam; he didn’t want to jeopardize his family. Moments later, Billy Abbott (Jason Thompson) appears and rants about the botched plan. He’s upset that Victoria’s behind bars and vows to protect her if Victor won’t.

Y&R Spoilers– Newmans Have A Revenge Plan For Adam Newman

Nikki gets Billy to settle down just before Victoria calls. Since Victoria’s set to be arraigned soon, she wants them to hold off on making any decisions or moves. Later, Victoria’s out on bail and debates the situation with Billy. He wants to stop the charade, but Victoria insists they have to press on. They have Adam exactly where they want him, and Victoria’s certain her brother will make a mistake.

The Young and the Restless Poll: What Happens To Adam After Victor Reveals He’s Alive? Vote Now!

However, Victoria does have concerns about Billy’s mental state. She doesn’t want to derail Billy’s progress, but he promises he can handle this. Billy can be strong as long as he has Victoria. At the Abbott mansion, Jack Abbott (Peter Bergman) can’t believe that the apple of Victor’s eye would murder him. He just doesn’t think Victoria would do that to her father.

Traci Abbott (Beth Maitland) counters that Paul Williams (Doug Davidson) must’ve had a good reason to arrest Victoria. Even so, Jack feels like something else is going on. Victoria was running the show at Newman Enterprises and had everything she ever wanted. He ponders his last conversation with Victor before taking Dina Mergeron (Marla Adams) to the park.

Dina has a moment with Jack and it leads to a great idea. What will Jack ask Traci to do with him on #YoungandRestless?#YRhttps://t.co/wZeY0DxhnZ

Jack brings Dina up to speed on Victor’s death and his trip to find himself. He confesses he found a new perspective on Dina and why she wanted more out of life. Jack’s sorry for judging Dina before and declares he’s proud to be her son. After Jack tells Dina he loves her, she recognizes him as “Jackie” and says she loves him, too.

Jack returns home with an idea for Traci. He wants to write their family’s story and thinks Traci’s the perfect person to help. Traci’s ecstatic over the suggestion and agrees to pitch in. At the coffeehouse, Rey Rosales (Jordi Vilasuso) speaks with Sharon Newman (Sharon Case) about the evidence against Victoria. He still believes Adam’s the one to blame here.

Sharon suggests that Rey’s biased and perhaps shouldn’t even be on the case. Rey assures Sharon that he can separate his personal feelings from his professional ones. Sharon just doesn’t think Adam wanted his dad dead, but Rey remains concerned. He doesn’t want Sharon to get hurt as a result of this Newman war and notes that she can’t change Adam.

Back at Adam’s place, he gets a visit from Sharon. When Adam wonders why she’s there, Sharon contends it’s because he needs her. “The Young and the Restless” spoilers say another great episode’s coming up. We’ll give you updates as other Y&R news and rumors emerge. Stay tuned to see what’s next in Genoa City.