The Young And The Restless Spoilers: Jack Has A Breakthrough With Dina– Asks Traci To Help With A Family Project? 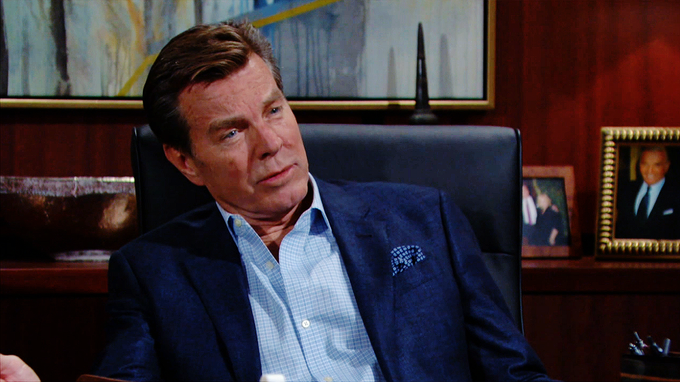 The Young and the Restless (Y&R) spoilers tease that Jack Abbott (Peter Bergman) will make peace with his past and decides to embark on a very personal journey. Before he does that, he needs something from his sister, Traci Abbott (Beth Maitland).

Jack will explain that he took a long look at himself while he was away, and he wants to do something that could bring him and the family a great deal of peace. But if he is going to do it right, he will need her help.

Interested in what her brother has in mind, she begs him to tell her what he needs. Jack asks her to help him write a book about their family. How will Traci react to Jack’s idea and will she help him? Here’s what you need to know about what’s coming up on Y&R.

When Jack returns from his trip, he tells Traci that he’s made peace with his past with Dina Mergeron (Marla Adams). This new makes Traci so happy as it’s all she wanted. She thinks that forgiveness and acceptance will be good for Jack in all areas of his life.

Then, according to Soap Opera Digest, Jack drops another bombshell. The Young and the Restless spoilers state that he wants Traci to help him write a book about their family. Of course, Traci gladly agreed and told him that she is excited that he asked her to do this. She believes the family history will be good for them all to remember.

Right away, she has so many ideas on how to get the book started. It might be difficult for Traci to let Jack pitch in the writing process as she is used to working alone.

The one thing you can probably depend on with this storyline is there will be some shocking memories that will resurface for the Abbotts. The Young and the Restless spoilers tease that they will document the family’s triumphs and their challenges in a beautiful way. However, the siblings might not be prepared for the other memories to flood back, some of them will be hurtful.

“I think Jack and Traci will learn some life-changing lessons as they uncover family mysteries and document them in the book. They will explore how the good and bad times defined the family. On the flip side, it is always unnerving when the skeletons in the closet start rattling around,” Maitland shared.

Are you excited to see what is ahead with this storyline? Don’t forget to come back later for more The Young and the Restless (Y&R) spoilers, news, and casting updates!