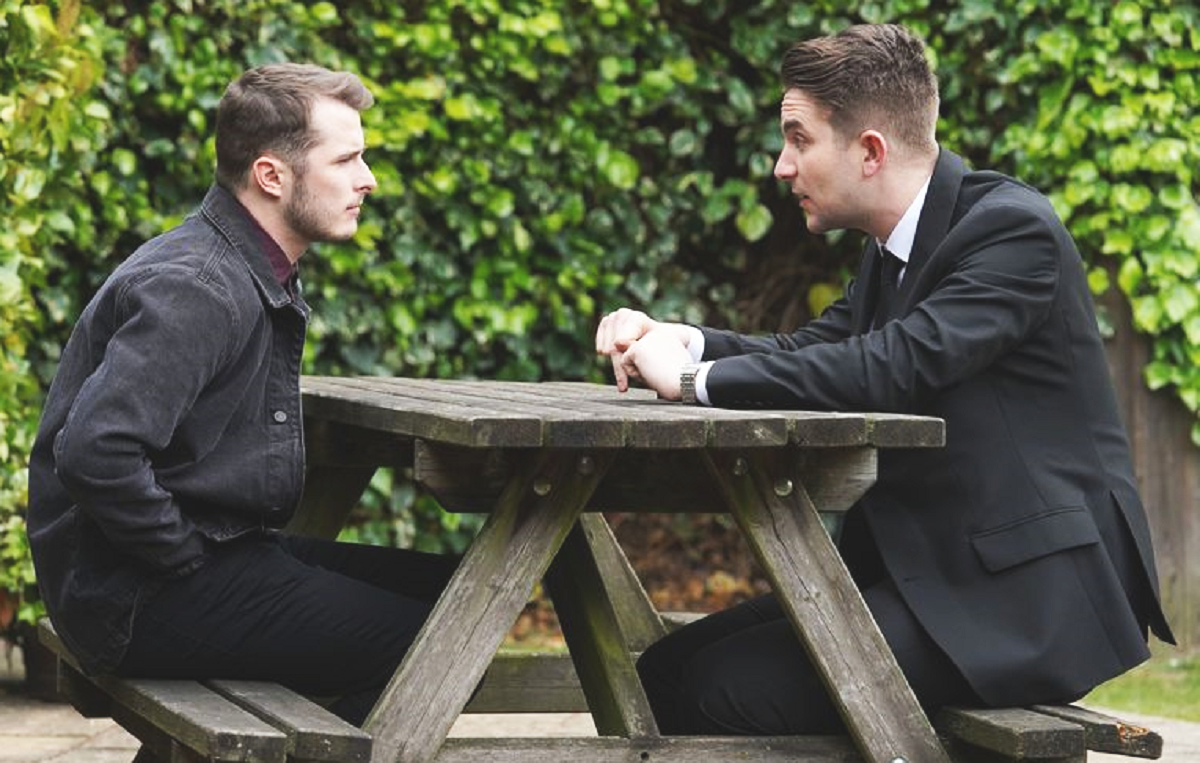 Ben Mitchell (Max Bowden) and Callum Highway (Tony Clay) are finally taking their relationship up a notch, to the delight of many EastEnders fans. Hunter Owen’s (Charlie Winter) terrifying siege on The Vic, which put Ben’s life at risk, resulted in the pair becoming much closer. They both agree to go on a date by the end of the month. But as fans know, nothing goes smoothly in soap-land.

In episodes set to air later this month, EastEnders hinted that Ben and Callum’s budding relationship might hit a snag. No exact details have been revealed yet but it’s been reported that their first date will end in disaster.

On the show’s September 30 episode, the pair will head to the E20 club for a drink. However, their date doesn’t go according to plan. Ben will make a decision that will leave Callum upset.

EastEnders Spoilers – Bex Fowler Gets Much-Needed Distraction From Her Mum

The following day, Callum will be forced to make a huge decision and fans have to wait and see if it involves Ben. Will Ben and Callum get a chance to become a couple, officially? Will they move past the awkwardness of their first real date?

On September 30, Bex Fowler (Jasmine Armfield) will get the distraction she needs from her mum while Denise Fox (Diane Parish) sets off on a mission to prove her suspicions. On October 1, Albert Square will get a visitor while Bex doesn’t like the idea of having to leave Walford. Callum will also make a huge decision, which may or may not involve his ongoing romance with Ben.

On October 3, Bex keeps her feelings to herself while Sharon Mitchell (Letitia Dean) finds ways to pull a favour so things go according to her plan. Jean Slater (Gillian Wright) and Daniel Cook (Adrian Edmondson) will also become closer together. On Friday, Sharon will feel the pressure from Mel Owen (Tamzin Outhwaite) and Ben will have to face the consequences of his past mistakes.

Viewers may recall that Callum stood Ben up on their first date after saving Bobby Beale’s (Clay Milner Russell) life. Bobby, who was in a drug induced state and hallucinating about his dead sister, jumped onto the train tracks. Fortunately, Callum saw him just in the nick of time. He saved him from almost getting hit by a high-speed train.

Meanwhile, Ben thought that Callum stood him up. Later on, he learned that Callum brought Bobby to the hospital. At the hospital, Callum apologized for missing their date, to which Ben emphasized that he had a great excuse, as Callum had saved his nephew’s life.

“I mean if you’re going to stand someone up, I’ve had worse excuses,” Ben told him. “I’ve always wanted to date a hero. I don’t suppose I’ll be free again.”