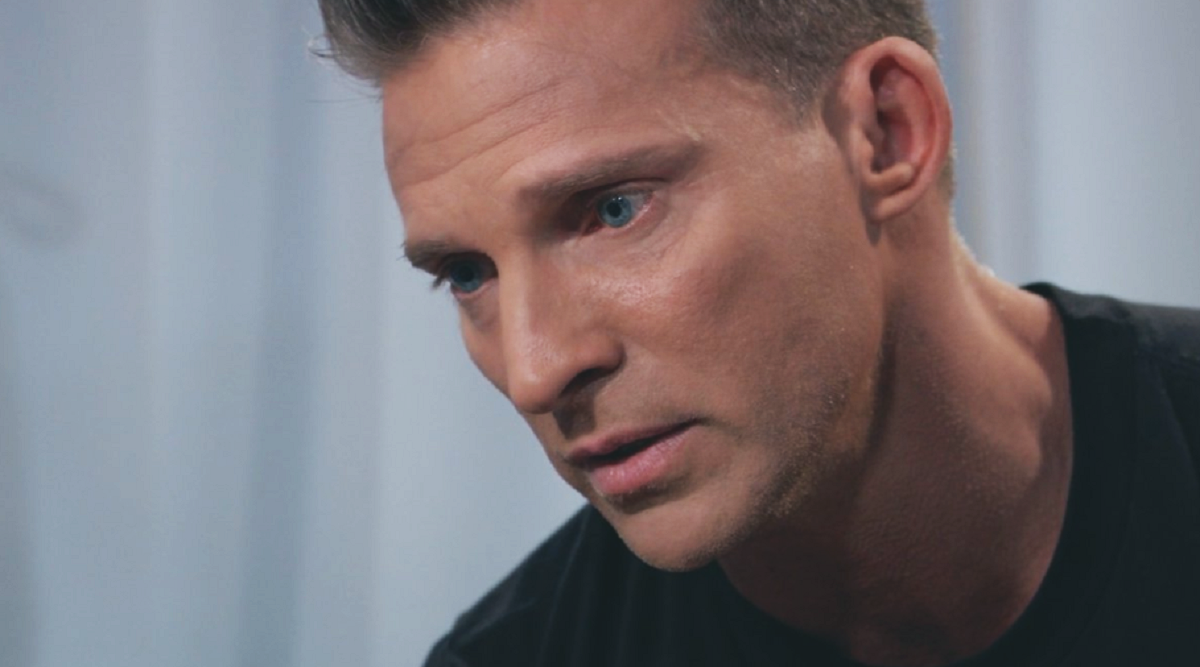 General Hospital (GH) spoilers for Wednesday, September 25, tease that Cameron Webber (William Lipton) will get some troubling updates. He’ll hear about the extreme measures Elizabeth Baldwin (Rebecca Herbst) took, so he’ll naturally have concerns about Franco Baldwin (Roger Howarth). During a chat with Laura Webber (Genie Francis), Cam will insist he wants Franco back – but not if he’s a vegetable.

That’s obviously a risk that comes with this procedure, and Franco will acknowledge it on Wednesday. He’ll think his days are numbered, but that could apply to losing his Drew Cain (Billy Miller) memories as well. Franco feels like Drew, so erasing those memories would mean the end of life as he knows it.

Over with Willow Tait (Katelyn MacMullen), she’ll tell Harrison Chase (Josh Swickard) about a dangerous plan. Willow will insist it’s how they can lure Shiloh Archer (Coby Ryan McLaughlin) out into the open and get “Wiley Cooper-Jones” back. Naturally, Chase may have some worries about this scheme. If Willow hopes to use herself as bait in any way, Chase might argue that it’s just too risky.

Regardless, Chase will end up down by the docks a little later. A fierce face-off with Shiloh is brewing, but there’s more drama to play out first. General Hospital spoilers say Shiloh will manhandle Sam McCall (Kelly Monaco) on The Haunted Star. “Wiley” and Dev Cerci (Ashton Arbab) were able to make it to safety, but Sam’s still stuck in a perilous situation. She’ll fear for her life as Shiloh hurls her to the floor.

Meanwhile, Jason Morgan (Steve Burton) will race to Sam’s side and hope he can save the day. We have no doubt that Jason will pull it off! At GH, Carly Corinthos (Laura Wright) will drop by to see Bobbie Spencer (Jacklyn Zeman). Bobbie will remain fearful over “Wiley’s” kidnapping, but Carly will offer reassurance. She’ll promise Jason’s going to find “Wiley,” so they’ll both be thrilled when they hear the kid’s indeed safe and sound.

Brad Cooper (Parry Shen) is still set to deliver an apology on Wednesday. He’s been battling guilt, but Lucas Jones (Ryan Carnes) has been trying to reassure him. Nevertheless, Brad will feel the need to apologize for his transgressions on Wednesday. Will that bring any “Wiley” shockers or will GH hold off on those? Either way, some great drama’s cooking up.

Elsewhere, Peter August (Wes Ramsey) will get Laura Webber’s (Genie Francis) gratitude. She’ll thank Peter for something, but she probably wouldn’t be doing that if she knew all his secrets. Peter’s in deep trouble with Shiloh, so he’s trying to climb out of this hole he’s dug for himself.

General Hospital Spoilers: Shiloh On The Loose — Will Chase Find Him Before He Kills Someone? https://t.co/tvfJGeCVc8 pic.twitter.com/wDOfoaSQMF

Maxie Jones (Kirsten Storms) just got a hint about Peter’s shady side, so she may confront him about that mysterious receipt eventually. General Hospital spoilers say Peter will keep spinning stories and trying to protect his relationship. He’ll succeed for now, but when will his luck ultimately run out?

We’ll keep you posted as other GH news and rumors emerge. Stick with the ABC soap and don’t forget to check back often for the latest General Hospital (GH) spoilers, rumors, updates, and news.