The Bold And The Beautiful Spoilers: Wednesday, Sept. 25 – Flo & Quinn Freak Out Over Wally’s Engagement – Katie’s Family Gets Terrible News 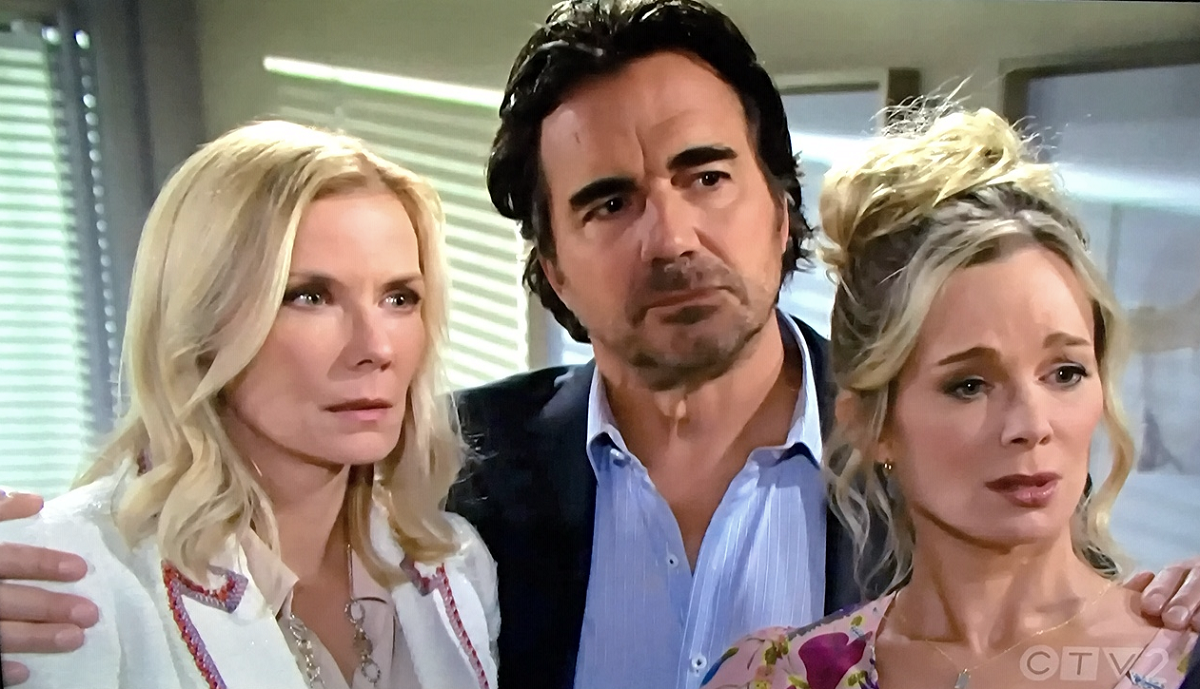 The Bold and the Beautiful (B&B) spoilers for Wednesday, September 25, tease that Quinn Forrester (Rena Sofer) will be completely taken aback. As B&B viewers know, she’s just heard from her son Wyatt Spencer (Darin Brooks) that he popped the big question to Sally Spectra (Courtney Hope). Of course, Quinn doesn’t want Wyatt with Sally; she’d much prefer that Wyatt forgive Flo Fulton (Katrina Bowden) and take her back.

In fact, Quinn initially thought that Wyatt had proposed to Flo, so naturally, she’s going to reel from the news. In addition to really loving Flo, Quinn can’t stand Sally, and so Wyatt’s big news won’t be joyous for her. And Quinn being Quinn, she’ll surely make her opinion on the matter known, and Wyatt will probably need to have a long talk with his mother to make sure that she respects his decision…and Sally.

Speaking of Sally, she’s just dropped the engagement news bomb on Flo. As B&B viewers know, Flo’s back to working at Bikini Bar to make ends meet, and Sally happened to show up for a business meeting that didn’t end up happening. But Sally did manage to chat up Flo and tell her about her brand-new engagement to Wyatt. Flo’s not thrilled about the development for sure, and one wonders what her next move will be.

It seems that Flo could go one of two ways here. She could give up and figure that Wyatt’s made his choice and so it’s time for her to move on, or she could become even more emblazoned in her determination to win Wyatt back and away from Sally. Flo seems to really love Wyatt, so our hunch is that she’ll dig in and fight.

Next, on Wednesday’s new episode of B&B, Dr. Jordan Armstrong (Vincent Irizarry) will continue in his quest for answers about Katie Logan’s (Heather Tom) condition. As B&B viewers know, he’s already learned that Katie is in kidney failure, but as of yet, he doesn’t know how serious the condition is, or what kind of treatment is going to be necessary. As he told Bill Spencer (Don Diamont) and the rest of Katie’s family, it could require some medication at best or a kidney transplant at worst.

Well, it seems that Dr. Armstrong will have more updates to give on Wednesday’s episode. According to B&B spoilers, Dr. Armstrong will relay that Katie’s condition is quite serious and that both of her kidneys are compromised beyond what medication or surgery can treat. She’ll need a kidney transplant, and it looks like she’ll need one fast.

Bold And The Beautiful Spoilers – Will Katie Logan Be A Suitable Recipient?

Of course, we can’t forget that Katie received a donor heart years ago from her brother Storm Logan (William deVry), and that could compromise her health even further. It looks like there will be even more devastating news coming for Bill, Brooke Forrester (Katherine Kelly Lang), Donna Logan (Jennifer Gareis), and Ridge Forrester (Thorsten Kaye). Exactly what that news turns out to be, remains to be seen, but it’s looking like Dr. Armstrong will note that there’s no time to waste and Katie needs a kidney asap.

This isn't good. Shauna and Thomas team up to break up #Bridge on #BoldandBeautifulhttps://t.co/9mlk1b7FZU

But will Katie be a suitable candidate to be on the organ recipient list at this point? Time will tell, but it does seem that there will be complications that will make Katie receiving a donor kidney difficult. Chances are, her sisters will be tested as possible donors, along with Flo and Hope Logan (Annika Noelle). Will one of them be able to donate a kidney for Katie?