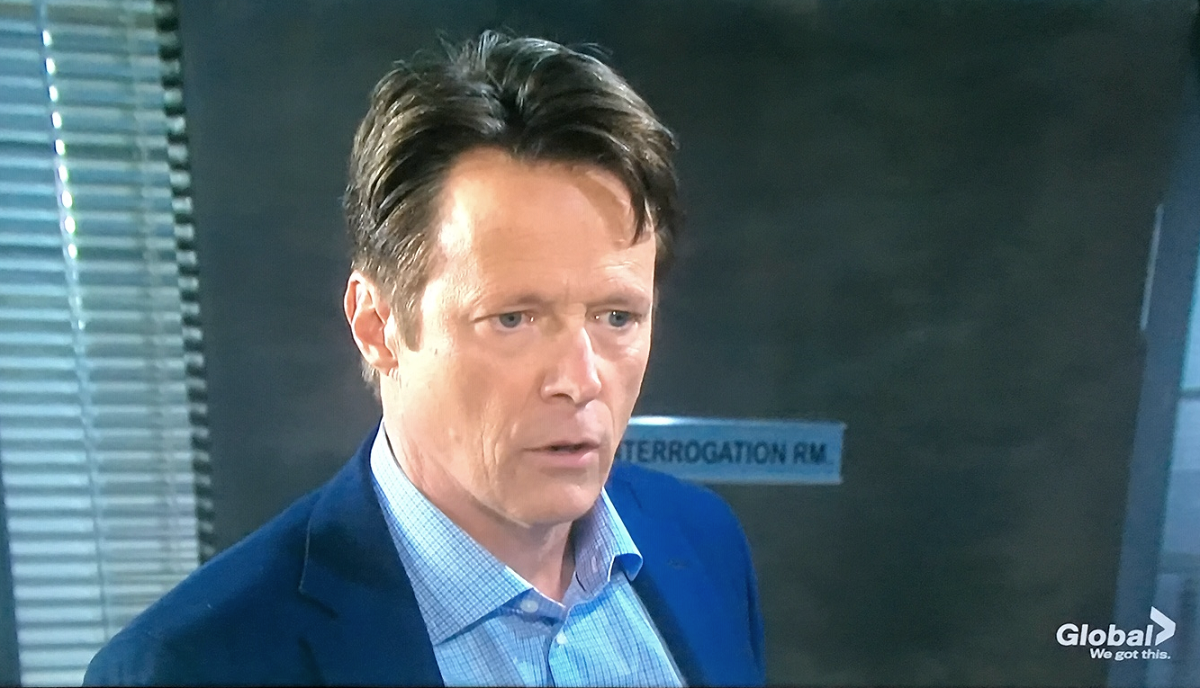 Days of Our Lives (DOOL) spoilers for Thursday, September 26, tease that Jennifer Horton’s (Melissa Reeves) plan will go awry. She’s been tricking Dr. Henry Shah (Piter Marek) and it’s working like a charm. Dr. Shah will believe he’s got Jennifer on his side in Thursday’s episode, so he’ll untie her and expect to make love.

Unfortunately, Dr. Shah’s fury will erupt once he realizes Jennifer’s duped him and trying to make a break for it. He’ll call Jack Deveraux (Matthew Ashford) over for a fierce showdown, so it won’t be long until this battle’s underway. Jack will fear the worst when he sees Jennifer’s held at knifepoint. He’ll end up fighting Dr. Shah off, which will lead to them both getting knocked out.

Thankfully, Jack won’t be seriously injured. In fact, this blow to the head will bring Jack’s memories rushing back! “Days of Our Lives” spoilers say Jack will finally remember his great love for Jennifer as well as their life together.

However, it’ll soon be time for the final phase of all this Dr. Shah drama. DOOL fans won’t want to miss the exciting conclusion on Friday.

Naturally, some major Days twists are coming up. Julie won’t get Kate’s heart after all, so that’ll bring some shockers and shakeups in this storyline. Over with Kristen DiMera (Stacy Haiduk), she’ll face a curve-ball of her own.

Days of Our Lives spoilers say Dr. Wilhelm Rolf (William Utay) will pass along some stunning updates, which will prevent this embryo transfer Kristen’s cooked up.

Days Of Our Lives Spoilers: Will Vivian be Responsible For The Death Of Her Own Son? https://t.co/9LOHlEow55 pic.twitter.com/G3RWBtEPcD

Kristen is actually pregnant, so she won’t have any reason to steal Sarah Horton’s (Linsey Godfrey) child – at least not right now! Sarah will end up keeping her baby, so anything can happen down the road.

We’ll keep you posted as other Days news and rumors emerge. Stay tuned to DOOL and don’t forget to check back often for the latest Days of Our Lives (DOOL) spoilers, rumors, updates, and news.