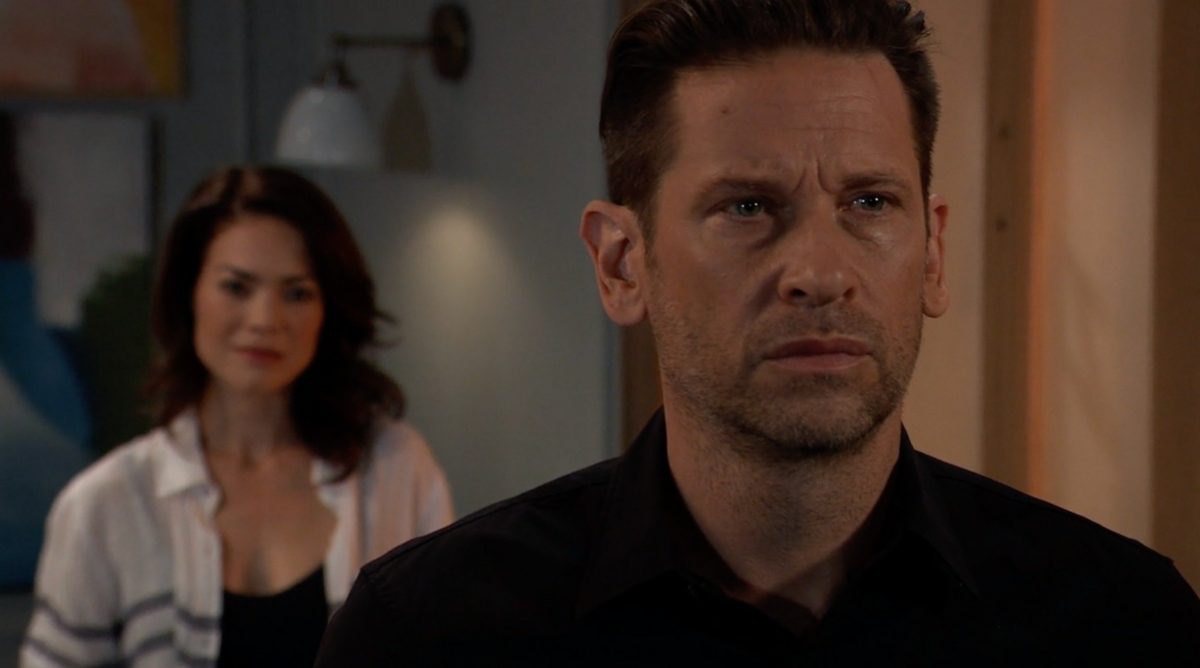 General Hospital (GH) spoilers tease that Elizabeth Webber (Rebecca Herbst) is about to lose her cool. That’s because she either needs to do something drastic in order to save her marriage or convince Franco Baldwin (Roger Howarth) that he isn’t the man that he thinks he is. Otherwise, things are doing to be doomed for good. Here’s what you need to know.

According to ABC Soaps in Depth, the honeymoon is definitely over between Elizabeth and Franco, now that Franco thinks that he is Drew. If that weren’t enough, he’s totally in love with Kim Nero (Tamara Braun) and even wants to leave Port Charles to be with her! Clearly, Elizabeth is not about to let this nonsense ruin her marriage, her family and her life. That’s why she’s finally taking matters into her own hands.

As many General Hospital fans know, Liz has been doing everything she can to keep her cool and to keep from spiraling out of control. But it hasn’t been easy. After she found out that her husband kissed Kim, she flipped. If that weren’t enough, her own son is even pressuring her to fight for her man. She’s being urged to fight harder and even dirtier if need be.

William Lipton, who plays Cameron on the hit ABC soap, tells the publication, “Cameron is very set on trying to fix what he feels like is his mistake. After all, it was Franco’s offer to take Cameron’s place that caused him to wind up with Drew’s memories.”

Of course, no one says this coming, and especially not Cameron’s mother Elizabeth. But now that she knows Kim and Franco have made love and are preparing to skip town together she’s prepared to enlist the help of her father-in-law Scotty Baldwin (Kin Shriner). However, Scotty is just as confused as everyone else as to what the heck is going on with his son. The only way that this can be fixed is if Franco realizes that he’s Franco and not Drew! And yes, Kim Nero surely needs to snap out of this, too. After all, she is ruining her best friend’s marriage.

Needless to say, General Hospital fans will have to tune in to find out what will happen next!