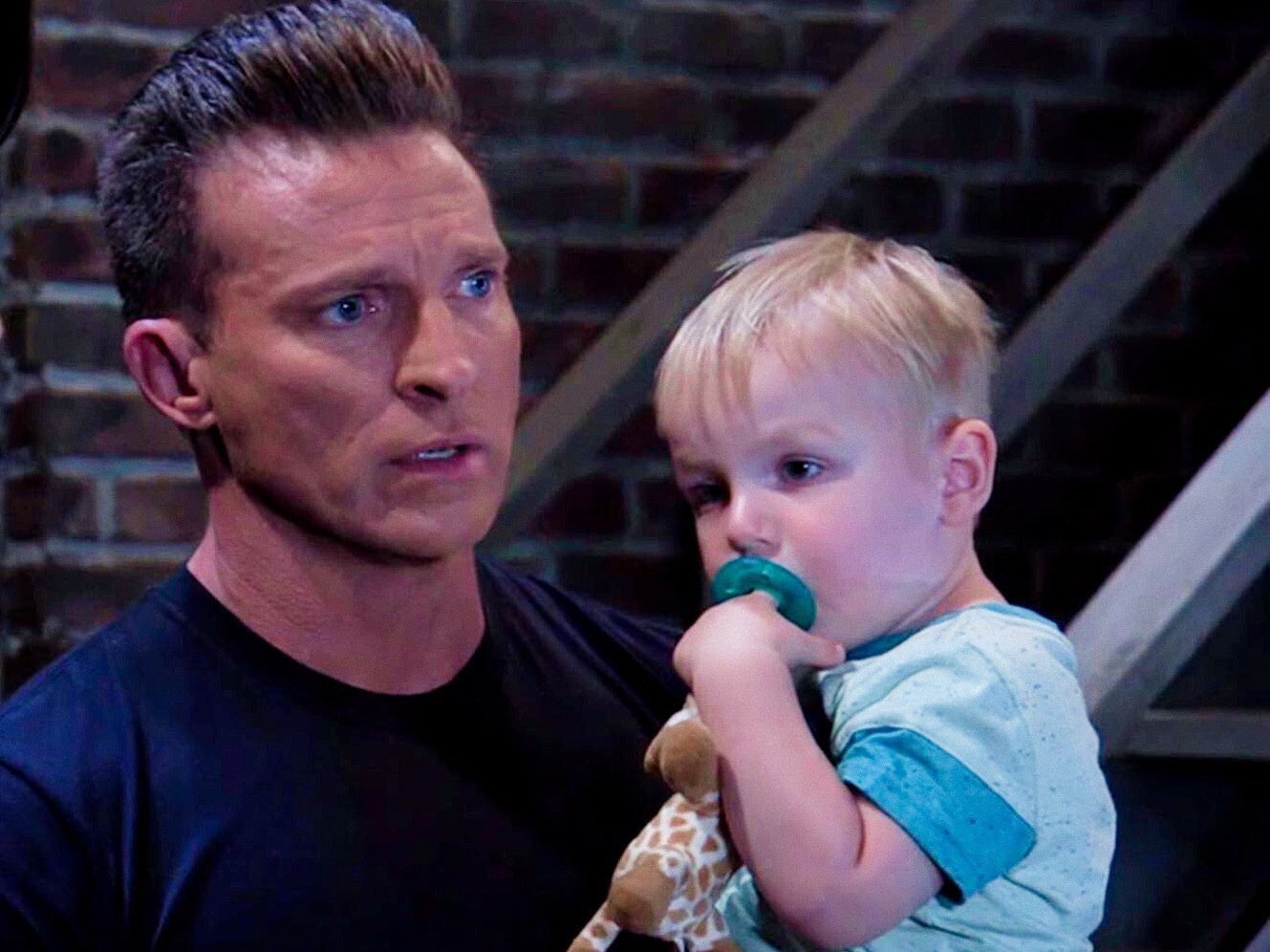 Liz tells Cameron she had Franco committed. Epiphany Johnson (Sonya Eddy) is in Franco’s room. Franco questions who’s the friend she is, his or Drew Cain’s (Billy Miller). Epiphany is worried about Liz. Cameron doesn’t agree with Liz’s choice for Franco.

Laura talks to Elizabeth outside, she needs to drop Aiden off early because of Wiley’s kidnapping. Laura tells Liz about the conversation with Cameron. Laura doesn’t think Liz went too far with this. Epiphany tells Franco about himself before his tumor was removed. Aiden sneaks into Franco’s room. Aiden takes Franco a candy bar. Franco tells Aiden he doesn’t remember him.

Liz approaches Cameron and asks about Aiden. Liz finds Aiden in Franco’s room. Aiden talks to Franco about making cookies and their life together. Liz finds Aiden and Cameron takes him out of Franco’s room. Franco accuses Liz of using Aiden to try to persuade him to do what she wants. Liz swears that isn’t true and hopes this talk with Aiden gave him a better understanding of what she is fighting for.

Willow goes back to speak to Chase and wants to use herself as bait to catch Shiloh. Chase refuses to go along with Willow’s plan. Chase calls in the Shiloh is in open waters. Willow returns to the chapel and thanks God for Wiley’s safe return. Willow hopes Shiloh goes straight to hell.

General Hospital’s Lucas Jones (Ryan Carnes) takes Bobbie Spencer (Jackie Zeman) some food and they discuss Wiley. Lucas tells Bobbie that Carly is outside waiting to see her. Bobbie is upset that Carly is there.

Lucas had to call Carly instead of letting her find out on the news. Lucas wants someone with Bobbie so he can be with Brad. Carly sends Jocelyn for snacks. Carly is waiting for Lucas to let her see Bobbie. Carly goes to visit Bobbie and is upset that Jason Morgan didn’t call her. Bobbie defends Jason for helping her. Bobbie says Jason didn’t want to upset her.

Carly is sure Jason will find Wiley. Dev arrives at the hospital with Wiley. Jocelyn finds them. Dev gives Wiley to Willow. Jocelyn rushes into Bobbie’s room and tells them Wiley is back. Lucas calls with an update. Carly tells Bobbie that Wiley is asleep in his bed. Lucas and Brad are watching over him.

General Hospital’s Brad Cooper (Parry Shen) is in the chapel saying a prayer for Wiley’s safe return. Willow comes into the chapel and joins Brad. Willow takes Brad’s hand and they say a prayer together. Lucas joins Brad in the chapel. Lucas tells Brad that Carly is with Bobbie.

Lucas talks about it being Wiley’s bedtime. Lucas and Brad are reunited with their son. Dev Corbin (Ashton Arbab) explains that Sam saved him and Wiley and Jason went after her. Dev says Jason Morgan (Steve Burton) just showed up, it was like he knew.

Dev tells Chase what happened on the Haunted Starr. Chase calls in that Wiley has been found. Chase will need Dev to make a statement but assures him he isn’t in any trouble. Laura later questions Peter August (Wes Ramsey) about being on the docks tonight. Peter says he just gave Dev a ride. Laura wants to know why Peter was on the docks.

Jax suggests calling the cops. Sonny doesn’t want to call the cops yet. Jax wonders if there is a reason the cops wouldn’t help Dev. Sonny sends Max Giabetti (Derk Cheetwood) to find Dev. Jax questions Sonny more about Dev and is afraid someone he loves will get hurt. Jax threatens to find out what is going on with Dev.

Josslyn and Dev arrive home and tell Sonny that Carly is visiting with Bobbie a little while longer. Jocelyn praises Dev which upsets Jax. Josslyn decides to stay home and walks Jax out. Sonny speaks to Dev alone. Sonny is proud of Dev for the way he handled the situation. Jax tells Josslyn he doesn’t like her living there with Dev. Josslyn says what Dev did was heroic. Dev thinks he should move on, Sonny disagrees.

General Hospital’s Jason tells Dev to take Wiley to the hospital. Peter is listening in the background. Jason goes to the Haunted Starr to get Sam McCall (Kelly Monaco) who is still being held by Shiloh Archer (Coby Ryan McLaughlin). Shiloh has plans for Sam.

Shiloh admits to killing his father. Shiloh throws Sam to the ground intent on raping her. Jason comes in and shoots him. Jason checks out Sam’s injuries before they go to turn off the autopilot on the boat. Sam thanks Jason for the save. Jason says anytime. Shiloh is still alive and comes after Jason with aboard. Shiloh knocks Jason down, he’s waited a long time for this and starts to swing at him.

As always, more detailed spoilers and a full collection of pictures for the week in question will appear here on Hollywood Hiccups, when there could be more clues and hints over exactly what’s going on.
General Hospital airs weekdays on the ABC network.